hide
hide
No announcements have been posted yet for Bethesda Internationals.

Welcome to the Bethesda Internationals (formerly Pachuca FC USA), elite U19 boys travel soccer team from the free state of Maryland.  After finishing their 1st or 2nd year in college, most players have returned home to re-join their teammates for a final run at the USYSA Nationals.  The Internationals are pleased to be reunited/affiliated with its former cub, the premier Bethesda SC, where it competed and enjoyed much success in the NCSL during U10-U14 years.

Come out and play! 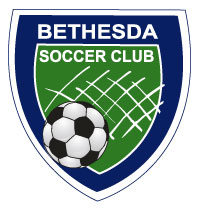 U19 Bethesda Internationals Win 1st Round

26 May. 2011.  After just 4 practices, some last minute roster details, coordinating availability/agreement from opponent for a match date, securing a home field, and arranging w/MSYSA for scheduling of officials IAW new MSYSA State Cup 2011 procedures, the reunited Internationals (2) gathered at the very nice, newly built turf field #5 w/lights at Fairland Rec Park in Burtonsville, MD, to face its 1st Round opponent, U18/Baltimore SC Rapids (7), who after missing deadline for its own U18 age group, was accepted by MSYSA to play up in the U19 bracket.

It was a sunny and warm early evening kickoff at 7:00pm.  The Internationals controlled most of the play for the 1st half, creating numerous scoring opportunities but could not finish any shot attempts, with several shots saved by the Rapids' GK.  Inter's strong defense held the Rapids to just 3-4 shots which went wide/awry, and the half ended scoreless.

In the 2nd half, the Internationals and Rapids both stepped up its offensive intensity and attacking with both teams moving the ball well and taking numerous shots/corners.   About mid-way through the half, Patrick M. launched a 50+ yard pass into the box where Ben N. expertly collected the ball, turned and slammed a volley shot into the net past the Gk to put the Internationals up 1-0.  Minutes later, Ben N. was fouled in the box by the GK as he came out to collect a ball too late as Ben got to it first.  The resultant PK was smartly finished by Patrick in the left corner of the net as the GK dove the other way, and the match ended later, 2-0, Internationals.

Region One has awared Maryland a Wild Card for Regionals 2011; thus, both Finalists will advance to the Regionals 1-6 July in Lancaster, PA.  The USYSA Nationals will be held in Phoenix, AZ, 26-31 July, where teams will compete for the coveted U19 James P. McGuire cup.

Internationals Off to College

16 Jun. 2010.  Most of our players are off to college this Fall 2010.    Best Wishes to each of them for much success ahead in school, soccer and their future/careers ahead:

The team will reassemble, train and compete in the Maryland State Cup 2011/U19 division next Spring 2011.

24 Apr. '10.  The Internationals traveled to Kirkwood SC in New Castle, DE, for its last two Region One Premier League matches of the season as well as the team's Final participation in the prestigious R1PL -- and a final opportunity to advance into the playoffs for the first time in 3 years.  As had the been the schedule for the previous two years, Pachuca first matched up with the pesky Jersey Knights Fire at 12pm, and then against the mighty YMS Xplosion later at 5pm.

In the 1st match with the Fire, the weather cooperated with mostly sunny skies, warm temps and light winds, but the grass pitch was on the long side with many clumpy patches.   Inter kicked off and controlled most of the play in the 1st half.  The Fire’s offense was mostly long ball upfield to #17 left winger who was strong, quick and made several threatening forays into Inter’s right back zone, but Inter’s solid D held the Fire to just 3 shots on goal which two went awry and another hard shot from about 25 yds. right was caught by Seth in the box.  The Fire committed 2 fouls including a YC shown to #14 for USB while Inter committed 4 fouls including a YC on Erik for an apparent studs up tackle.  Inter setup several scoring opportunities but was unable to finish, including 4 corner kicks and 7 shots on goal.  At about the 3 min. mark, Dominque’s header in the box went over the cross-bar, and another header by Dominique at the 15 min. mark was caught by the GK.  Five mins. later, after a right corner kick by Patrick, Dominique turned, possessed the ball and fired a shot but couldn’t get enough foot on the ball and the GK easily collected it.  At about the 37 min. mark, Schillo rcvd a pass in the middle, dribbled upfield to the Fire’s right back area and dished a pass into the box just inside 18 yds. center where Jamie M.  possessed the ball and sent a shot which went wide right.  Just before the whistle blew to end the half, Erik rcvd a pass in the middle near 20 yds. center and sent a hard shot on goal which the GK deflected away, and the half ended scoreless.

In the 2nd half, Jersey Knights Fire kicked off and continued its long ball play, again making several threatening forays into the goal area.  After a foul by Inter around the 7 min. mark, a FK from 25 yds. left was struck hard into the box which Mike caught.  Two mins. later, a bast from 22 yds. right sailed high into the box which Mike reached up and grabbed.  And, around the 23 min. mark, Inter was under attack again and another hard shot from 20-22 yds. center was luckily headed out of harms way by Erik.  The Fire’s last chance came at about the 33 min. off of a shot from 25 yds. right which Mike caught.  The Fire also took 1 unsuccessful corner kick while committing 8 fouls including a YC shown to #22 for USB and 1 offsides while Inter committed 4 fouls including 1 offsides.  At about the 4 min. mark, Schillo collected a pass in the middle, dribbled a few yards and fired a shot around 22 yds. center which went wide left, and at about the 5 min mark, Nate collected a pass near left middle sideline, dribbled upfield and sent a shot from 25 yds. left which the GK caught.  One min. later, Schillo collected another pass near 18 yds. center and kicked in a shot which found the net to put Inter up 1-0 which would later be the game-winning goal.  Around the 9 min. mark, Dominique collected a ball inside the left area of the box and fired a shot which the GK deflected away.   At the 20 min mark, Nate rcvd another pass on the left side, dribbled up to around 22 yds. left and fired a hard shot which the GK deflected/caught.  At about the 31 min. mark, Erik collected a pass near 18 yds. center, turned and fired a hard shot on goal which the GK caught.  Another shot was taken by (?) around the 37 min. mark from about 20 yds. right which went wide right.  Two mins. later, Nate collected another ball on the left side, dribbled upfield to near 20 yds. left to fire another shot on goal which the GK caught, and the tenuous match ended several minutes later, 1-0, Inter.

Prior to the 2nd game at 5:00pm, the WX deteriorated into cloudy skies, cold temperatures, windy with occasional light rain sprinkles.  The second match of the day with the always strong and formidable YMS Xplosion was held on the turf field in the USYSA Region I stadium.  YMS was undefeated in all of its previous R1PL matches, having defeated SAC United in an earlier match (3-1), and having once been tied by Beadling (1-1), and accumulating a total 14 points going into its last match with Pachuca.  Pachuca won 3 matches, lost once to LMSC Velez and tied 2 with 11 points accumulated.  A win by Pachuca would bring them up to 14 points but YMS would edge them out on tie-breaker rules.  Nonetheless, Pachuca wanted to end the R1PL season on an up note and a rare victory over the Xplosion.  YMS needed to win the match to reach 17 points and earn the U18 South title and would edge out LMSC Velez who had won its previous two matches today with a total of 16 points, and would end up in 2nd Place standings.

Inter kicked off in the 1st half and YMS’ strong defense stymied Inter, holding them to just a single shot on goal and no corners.  YMS created numerous scoring opportunities but Inter’s equally strong defense also stymied the Xplosion.  At about the 6 min. mark, YMS sent a hard shot from near 18 yds. center which Seth caught.  At about the 19 min. mark, YMS kicked another hard blast from around 22 yds. center where Erik headed away a potential score.  YMS again threatened at the 33 min. mark with a blast from near 18 yds. center but Matt cleared the ball away near the goal line.  YMS setup another shot from inside the left box but Seth ably deflected away the hard shot.  At about the 39 min. mark, YMS penetrated deep into the box near 6yds. where a hard shot fortunately sailed wide left over the cross-bar.  YMS also took 2 unsuccessful corner kicks and 5 fouls.  Inter committed 6 fouls including 1 offsides, a YC shown to Matt for a hard foul -- plus an unlucky red card on Stefone.  At the 28 min. mark, after being sandwiched in between two YMS players, Stefone struggled free with a lifted elbow and was harshly shown a red card; thus, Inter played a man down for the rest of the match.  It was already short on available field players (11) as four other players left after the 1st match due to a previous EHS school commitment.  The half ended scoreless.

In the 2nd half, YMS kicked off and after a quick shot by YMS 1 min. later from 18 yds. center which went wide right, Inter countered with shot by Patrick from 25 yds. left which the GK caught.  One min. later, Erik was fouled by YMS in the box but Patrick's PK was caught by the GK just to right of center.  After an undetermined cause, the GK was shown a YC and a free kick by Patrick just outside the box near 18 yds. center was headed into the net by Ben for an apparent score but negated by an unlucky offsides call.  It would be the only 2 shots on goal YMS allowed and no corners while zinter committed 3 fouls including 2 offsides.  YMS committed 7 fouls including the YC to the GK, another YC on #22 for a hard foul, and 1 handball.  YMS setup 3 unsuccessful corner kicks and took 4 shots on goal which all went awry except the last one.  At about the 30 min. mark after YMS moved the ball upfield and served it into Inter's box, a furious attempt to clear the ball away failed and YMS was able to get a foot on the ball and kick it low on the turf past Mike's right side into the net for the game-winning goal, 1-0, YMS.

Inter will now refocus its efforts on MD State Cup/Round 2 this Sun., 2nd May.