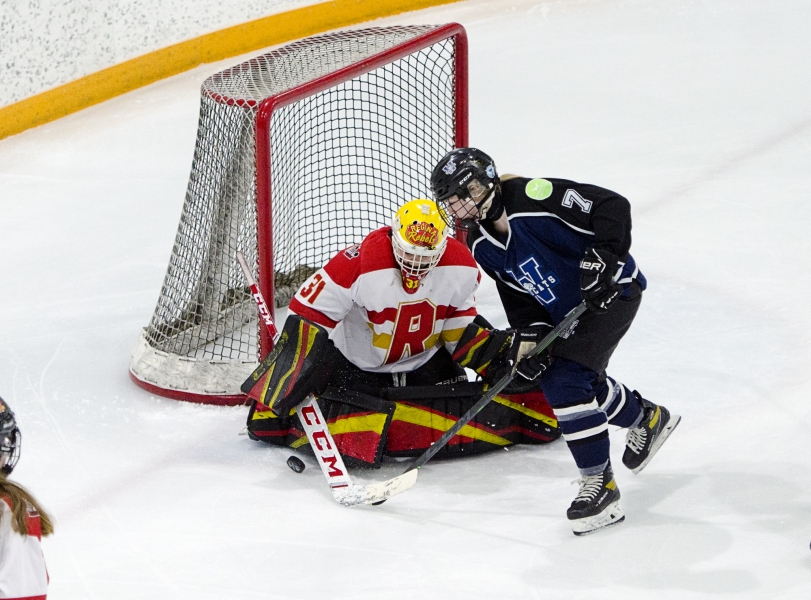 Rebels forward Greta Henderson scored once and set up another to help Regina to a 2-0 victory and a 3-1 series win at Swift Current’s Fairview West Arena.

“It was a pretty tight game both ways, the shots were pretty tight most of the game, both goalies really played well,” Wildcats Head Coach Terry Pavely said. “We had a lot of opportunities in front of the net… Obviously, you have to find a way to score a goal, at the end of the day we don’t like how it ended.”

Swift Current carried the strong majority of play during the first frame outshooting the visitors 13-10. Nine of the Rebels shots came in the last four minutes of the period on a pair of power plays.

“I think if we could have got the first goal in this game, the outcome might have been different,” he said.

The second period was pretty evenly matched with Regina leading 10-8 in the shot department, with Swift Current having two of the three power play chances.

Special teams would play a factor with Wildcats captain Ava Metzger being sent off for interference with 4:51 remaining in regulation.

“On the play the penalty was called, we thought maybe we could have gotten on the power play and it wasn’t called which happens,” he said. “Then we end up taking a questionable call, we watched the video, I still wouldn’t have called it if I was reffing but I’m not and they’ve got a tough job.”

“It wasn’t a typical Regina power play goal,” he said. “It hit a stick and kind of fluttered over the goalie’s shoulder. Regina’s just so skilled on their power play, usually when they score one it’s a really good passing play with a one-timer or someone gets to the middle and rips the puck.”

The Wildcats were able to set up in the Rebels zone briefly with Lehner pulled for the extra attacker but Henderson iced the game sending the puck from around centre ice into the open net making it 2-0.

“We struggled getting out of our own zone,” he said. “It could have been that goal could have solidified our fate. I didn’t see that on the bench, the kids were out there trying.”

Swift Current’s Karlee Lehner stopped 35 of the 36 shots she faced in goal while the Wildcats sent 28 towards Regina’s Payton Schlamp.

Pavely said it was extremely tough to lose just two wins shy of the provincial finals with this tight-knit group given their work ethic, camaraderie, and passion.

Nine Wildcats are expected to return next season with the team’s spring camp just a month away in late April.

“Our goal is to put together as competitive team as we can and we like the kids we got coming back,” he said. “Our d core, our goaltending, some skill upfront, we’ve got a pretty good core of kids in place to build around.”

Swift Current finished the season with an overall record of 33-17-2.