Wildcats Advance Past Sharks into Second Round 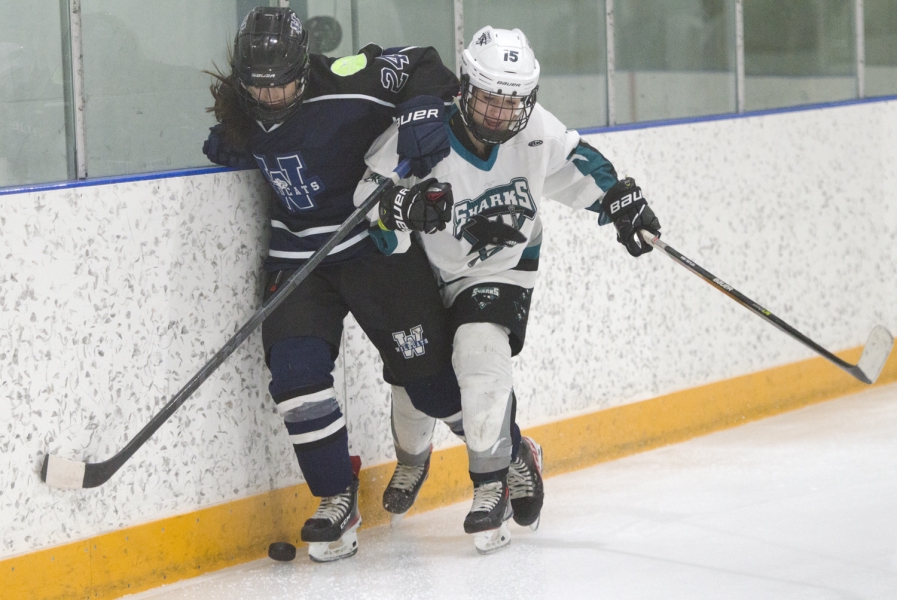 Published: Saturday, 12 March 2022 22:41
Written by David Zammit
The Swift Current Innovation Credit Union U18 Female AAA Wildcats punched their ticket into the second round of the playoffs tonight with another victory over Battlefords.

Wildcats forwards Sadie Keller and Jerzey Watteyne led the way each recording a pair of points in the 4-1 game four win, pushing Swift Current past the Sharks 3-1 in the best-of-five series.

Keller struck 7:39 into the game on a power play giving the Wildcats a 1-0 edge.

Assistant Captain Samantha Thompson found the back of the net roughly 10 minutes later on a goal set up by Watteyne and Keller.

Swift Current defenceman Kylee Hansen extended the lead to 3-0 with 79 seconds remaining in the second period.

Wildcats goalie Aurora Van Wormer’s shutout streak against the Battlefords was snapped at 108:32 around the midway point of the third frame allowing a goal to Cassidy Peters.

Kindersley’s Gracie Georget restored the Swift Current three-goal advantage with just a few minutes remaining in regulation to close out the scoring.

Van Wormer made 29 saves in her second straight win over the Sharks.

The third-seeded Wildcats will now square off against the Regina Rebels in second-round action. Swift Current won the regular-season series taking three of the five games.

No schedule has been released for that matchup yet.