2013 Forms for the Annual Racewalking Camp

Alex Chavez, seventeen time former PSJA High School All-American race walker, continues winning and setting new race walking records just as he did when he was a student at PSJA High School.  The Missouri Baptist University sophomore athlete won his second national collegiate race walk championship in as many years this week and afterwards expressed his appreciation for the many people that have helped him to get where he is today.

Coach A.C. Jaime was thrilled to have been in attendance in Marion, Indiana to see his two former athletes win their respective races as Nirvana Zalba, who was also recruited at PSJA High School, was declared the national collegiate champion in her 5K race walk.  Nirvana, like Alex, received a full race walk scholarship from Missouri Baptist University.  “They are loved and respected by their coaches, professors and fellow students and athletes alike,” said Patricia Hanna, their college coach, “this is true,” she continues, “not only because of their elite status as race walkers on the field, but also because of their academic abilities and willingness to always help their fellow students in the classroom and their involvement in community affairs in and around the university.”

Alex race was very exciting as he and four others broke away from the group after the first two laps.  They stayed together throughout the next two laps but the 1:41 lap pace proved too fast for two others and the race became a three man race.  Alex himself then appeared to fade away a little after another two laps as his teammate Nick Christie and Cody Risch of Cornerstone University picked up the pace another notch.  However, the new pace soon proved too much for the two boys as Alex gradually reeled them back a little at a time finally going around them with five laps to go.  He never looked back as he crossed the finish line with a PR of 13 seconds in a time of 21:03.

Nirvana’s race was even more exciting as Nirvana, like Alex, stayed back behind the leading group until the beginning of the 3rd to last lap when she took the lead from Nicole Bonk of Embry-Riddle University.  The race had been a four person race up until now between Nirvana, her teammate Molly Joseph, Nicole and Abby Dunn of Goshen University.  Nirvana knew that Nicole would not stand still and was certain that she would soon come shoulder to shoulder with her as she had done at the collegiate 3K national championship two months ago when Nicole was able to walk away with the first place honor.  This time Nirvana practically sprinted those last three laps but so did Nicole with Molly and Abby staying as close as they could.  Nicole again came shoulder to shoulder with Nirvana on the last turn and again went on to finish first by a nose.  However, she was soon advised by the head judge that she had received three red cards for lifting on the last 100 meters and was thus disqualified.

Alex, who is a strong candidate to qualify for the 20K race walk at the Olympic trials, set a new 25K American record on October 28, 2012 in New York.  It was a very cold day and the strong winds from hurricane Sandy were already being felt by all as Alex crossed that finish line in a time of 2:03.30, breaking the old American record by ten minutes.  He was able to walk his last 5K of that race in a then PR of 22:10 which he has since improved on two different occasions including this week.

Alex then set out to break the American One Hour race walk record soon after breaking the 25K record.  This time, though, he had strong competition from his own college teammate, Nick Christie, and furthermore, he would have to walk at a 10K pace of 46 minutes or less which he had never done to that date.  The boys pushed each other during the race by exchanging leads but it seemed that Alex started to fade with about seven minutes left in the race as he fell back some 40 meters.  However, with two minutes left, Christie began to throw up and Alex went around him to break the old American record by 400 meters, recording the new record at 13,380 meters.  Alex is now in Canada for three weeks of training prior to the World Cup Trials. 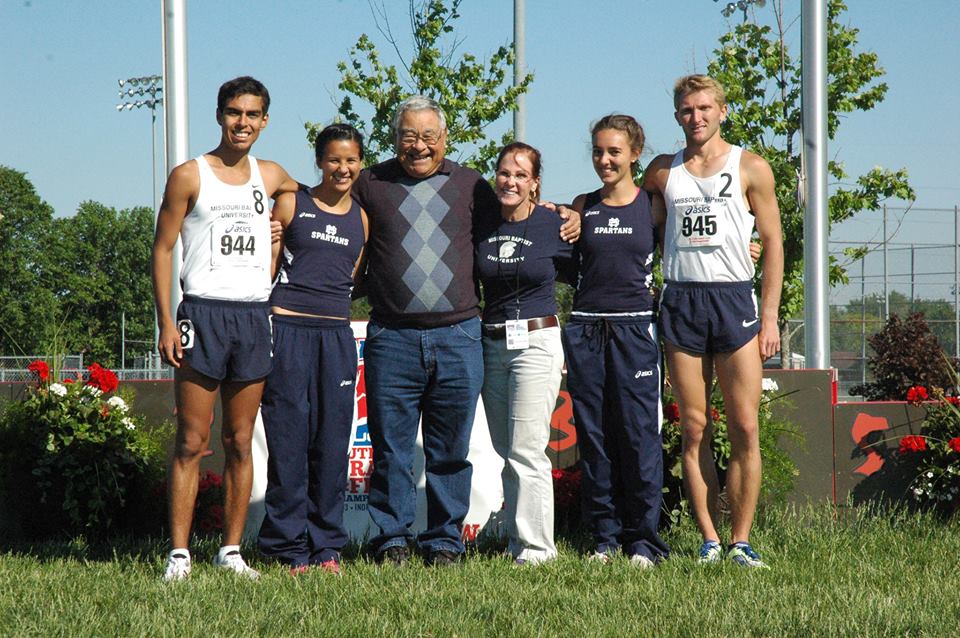