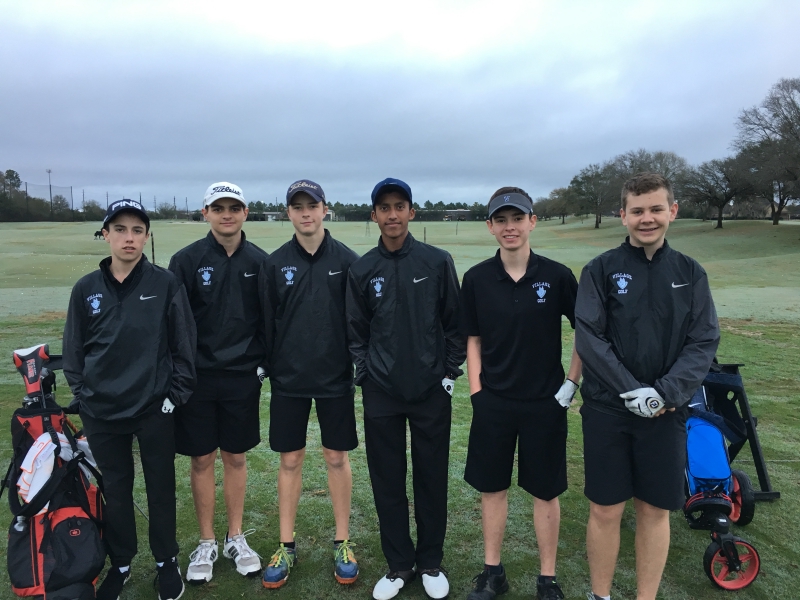 The Varsity boys golf team competed in their first tournament of the year on Tuesday, February 21st. The boys team played the South Course at Blackhorse Golf Club in a large field with 100 other boy golfers in the field.

The Vikings graduated 3 of their Varsity players from last year’s team, including All-State golfer, Ross Brown. The Vikings return 1 Senior, Daniel P, and have had a large influx of youth into the program. This year’s team has 7 underclassmen on the roster. Coach Petito, new Head of the Golf program, is very excited to coach this group, saying “They are very eager to learn and they are extremely coachable. The great thing about coaching young guys is that we are able to mold them from a young age into the type of golfer and person that will represent the school and the direction of the program.” Coach Petito credits former Head of the program and current Assistant Coach, Doug Brotherton, saying “Coach Brotherton did a remarkable job of laying the groundwork for the identity of the program. These young guys understand the level of expectation and accountability that we hold ourselves too. They were able to watch our Seniors last year and understand the amount of work that went into their success. The success we have experienced in the past is a credit to the culture and atmosphere Coach Brotherton created for the program. Our hope is to build from that and challenge our young players to play throughout the year.”

The Vikings are back in action on Monday, February 27th as they compete in the Mayde Creek Golf Tournament at Pine Forest Country Club. Good luck to all of our Viking golfers this year. Go Vikings!