hide
hide
No announcements have been posted yet for 1100 Edgewood Drive, Maumelle, AR.

*Annual Administration Fee - $40 per Individual, $50 per Family - Due January each year 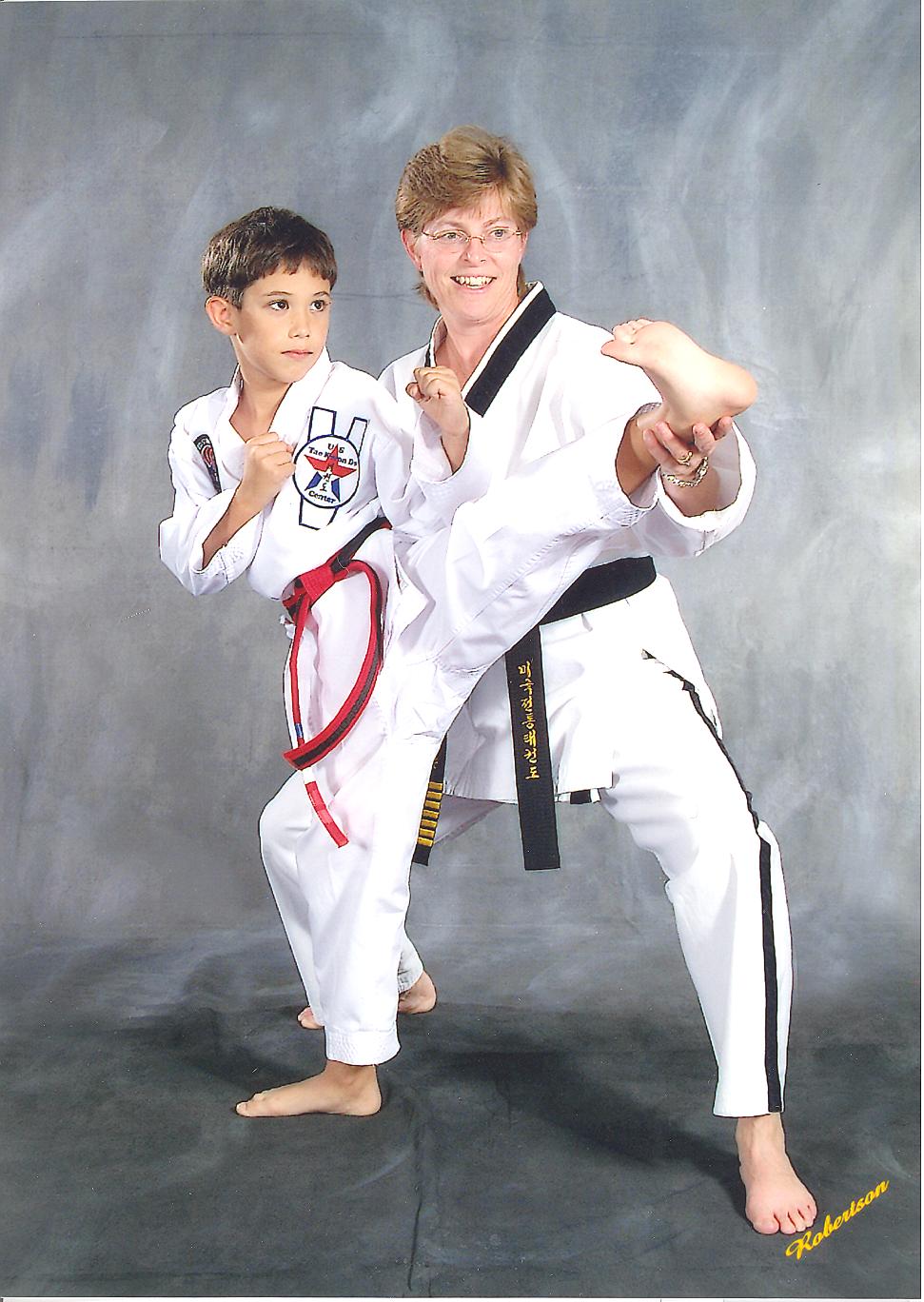 Classes are offered on Tuesday or Thursday

A win and two ties not enough for Red at Superclubs,,,

Posted by Tammy Lamberson at May 7, 2006 5:00PM PDT ( 0 Comments )
more editing options
Red entered Superclubs without the services of John and Chase, but were up to the task for strong Regional play. Our first game against West Tn. Dragons was not our best as defensive mistakes allowed two easily prevented goals. We missed having John in the back, but at the same time, our learning curve was ramping up in a way that would be critical in the next games. Fortunately, we found a way to get two in to bring us to a tie against a team that plays good soccer, but does not match up that well physically. Our first goal was a nice far post grounder from the left wing. The 2nd goal that tied us at 2-2 was a great lesson that effort and persistence will often yield a goal, as our right forward pressed on when their keeper did not grab the loose ball in the box. Our second game of the day Saturday was a little better. We played TNFC from Nashville who we had played to a 0-0 tie in the fall at the GIT. Incredibly, our stopper fired a worm-burner from long distance that got under the keeper's hands for a goal only 30 seconds into the game! After closer inspection, we noticed that the TNFC keeper was actually the NW Arkansas keeper guesting for TNFC. The game was a good one with a lot of back and forth play leading to a couple of nice looks that we could not finish (one off a perfectly disguised heel pass that set our forward with room and no pressure). Finally, we got a good laser from the left forward that found the back of the net. We finished with a win 3-2 on a very nice effort. Our right wing forced his way past two defenders who tried to out-muscle our strongest player. After getting past them, he got off a nice driven cross just before a 3rd defender could clear and our left wing flew to the ball for a perfect left-footed volley goal to finish the scoring. This game was also noteworthy for our keeper play, who saved several tough shots on goal from close range to preserve the victory. Sunday morning we faced the #2 team in Tennessee, the Gryphons from Memphis. They won 7-0 over the same team we tied 2-2. This left us in a must win to move on scenario. Coach's previous day's manhood challenge to Red worked as we played our best soccer of the weekend. We tied them last fall in our only meeting as team United in Little Rock. This game was tight as expected, and well-played by both teams. 0-0 at the half. Our defense had now jelled and was keeping out the opposing attack well enough that our keeper did not have near the work of the previous two games. We got a goal in midway through the second half on another persistent effort goal from the left forward. Jubilation was high as we envisioned the semis. But with 5 minutes left in the game, the smallest player on the field found himself unmarked on the back side and headed in the tieing goal that put us out of the semis. Coach was pleased overall with the improvement made by our last game and now we can focus on the big State tourney in less than a month...Go United!!
cancel

Red not at our best in Tulsa

Posted by Tammy Lamberson at Apr 14, 2006 5:00PM PDT ( 0 Comments )
more editing options
United Red just wasn't all there this time. We started the tournament well enough against KC Blaze Inferno, and controlled the action. It was one of those games where your winning 5-0 but the score is only 1-0. In the end, with a 2-1 lead, we let a long one in that left us with a tie. You can usually measure the game by crowd reaction at the end, and their crowd went nuts with the tie. Our second game vs. Tulsa Thunder Black was the best reason to be in the tournament. They won the premier league, so that makes them one of the top 16 Regional teams. They beat us 3-0 in the first half on a missed header on their corner that led to an easy goal as well as two others with a little more respect. After adjusting to their speed of play and getting fouled anytime they were beat, Red played an excellent 15 minutes of heads up soccer with Black, scoring on a nice chip over an undecided keeper to close it to 3-1. Although the next 15 minutes were fairly evenly played, their forward turned the corner twice on us to score and bring the final to 5-1. All Red had to do was win the next game and we would be in the semis, but we again underachieved a bit. Accent FC from Missouri was better than the first team we played, but we still gave away another unnecessary tie. Up 2-1 with not much time remaining, we let a long punt go the length of the field and get knocked in to tie the game 2-2 and knock us out of the semis. Lessons learned: focus the whole game and sharpen the killer instinct to put away the game when given the chance. Red will definitely be stronger after this weekend!
cancel

Red team stopped in Blues City Semis by PK's to the 10th power!!!

Posted by Tammy Lamberson at Mar 18, 2006 4:00PM PST ( 0 Comments )
more editing options
We started the weekend down JK to illness and Chase to injury. It is very tough to replace a keeper with Chase's size, reach, and skills, but we had another step up and have an outstanding tourney. We also missed JK's nose for creating goals, but we were thankful to have a White team player ready to step in. It would be hard to imagine more tension and pressure added to one tournament than Red fought through this weekend. The first game against BFC from Belleville, Il. (St. Louis suburb) was already a must tie or win scenario because of the bracket setup. BFC had defeated the Thoroughbreds from Louisville, KY. (current state champion) 2-1 earlier in the day. A quick check to the BFC website picture hinted that their best defender and forward may be guesting with them. Red controlled the first half with nothing to show for it on the scoreboard. BFC managed to ping pong a ball around the box that found a way in late in the first half. Late in the second half, BFC started kicking the ball as far into the next field as they could until the ref announced to the benches that he was adding 3 minutes to the game. At the extreme end of the extra minutes, we shank a corner kick, but get another as the ball bounced off their player. Now, with no time left and our tournament life flickering out, we get one last corner kick. There are literally 20 players in the box (only our keeper and the kicker excluded) as the ball is centered perfectly and met with the thump of a tieing header goal as time expires. Red escapes tourney death to much jubilation! The Thoroughbreds played much better soccer and were a more balanced team. To move on, we had to win 1-0 or else by more than one goal. A 2-1 win would leave us exactly tied with BFC and force a shootout to decide the bracket. The Thoroughbreds got all the way underneath our defense on the end line and centered for the goal. Their keeper did a great job of stopping two good 1 v 1 looks we had. Now we were in the 2nd half and had to score 2 goals just to get to a shootout. The boys came through. Calmly possessing and moving the ball well across the field brought us two good looks at the goal, and we finished both of them to give us the 2-1 final. After the game we spent 45 minutes getting ready for the next day's shootout. Turned out to be time well spent... The shootout with BFC went well as they missed their first badly and went on to hit two and have two others blocked. We hit 3 of our first 4 and did not need our 5th shot to advance. Now we faced FC America from Orlando, Fl. They were a talented team that beat their opponents 6-0 and 3-1 in bracket play. Notable for their team was that they had no parents on the trip. Just players and coaches. Wonder what those hotel rooms look like. What a fun semi to watch as a fan! 4 goals scored in the first half (shortened to 30 minutes b/c of the rain), 2 by each team. They scored first with a strong cross and one touch redirect that banged home early. We came back with our own to tie it 1-1. It became obvious early that their 6-2 left forward was very fast and talented and would be the dominant player to watch. Soon he received at the top of the bubble with too much room and he turned and laced an upper 90. Red came right back and scored again with strong teamwork and precision shooting of our own. Both teams adjusted well defensively at the half and a 2nd half and two overtime periods netted zero for both squads. We had one good look with a clear shot at the keeper that went just high of the bar. Now we must again shoot PK's to move on. We've seen enough shootouts this year to feel comfortable, but I'm sure a bit nervous. However, you might watch 100 shootouts and not see one go to the 10th shooter. If the teams are tied after the 5 mandatory shots, the first unanswered goal wins the game. We ended up making 6 out of 10 and they won it making their 7th. To FC America's credit, every ball they shot either went in or was blocked-no ball hit out of the frame. Congratulations on a strong tournament against great regional competition. Great job, Red!!
cancel
← Previous 1 2 3 Next →