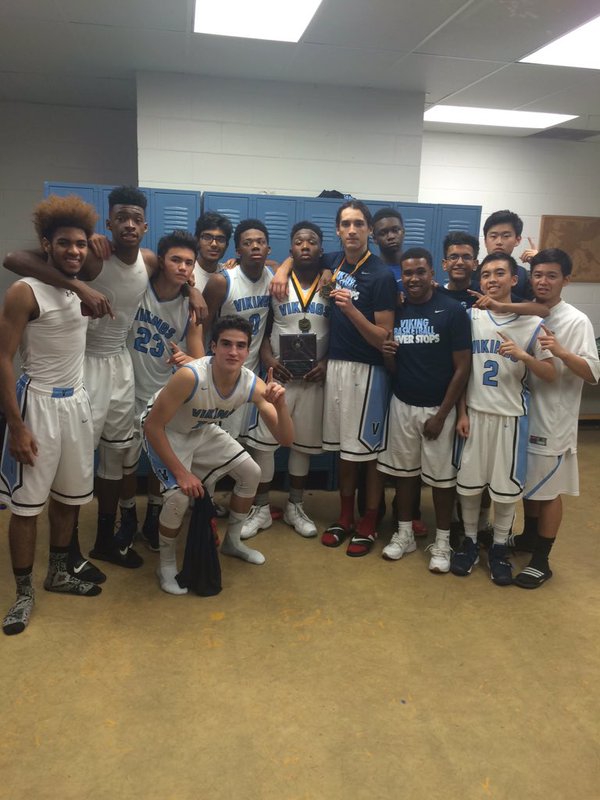 The boys Varsity basketball team won the Northland Christian basketball tournament that was held on the 23rd and 24th of November. Coach Harvey is very excited about the team and what they were able to accomplish in this tournament.All of the kids played well and extremely hard. The Vikings had to beat two ranked teams along the way to the championship with wins over Northland Christian and Emery Weiner to win it all. The vikings won 4 games in the tournament. Their other two victories came by beating a very talented Clear Lake Christian team and defeating the Aggieland team as well. Tony M was voted to the All-Tournament team and Draylyn D was voted the tournament MVP. Great Job