HOOTS 18U CONNIE MACK PREMIER CHAMPION AT U. OF NEVADA RENO TOURNAMENT

The 2018 HOOTS 18U CONNIE MACK PREMIER TEAM WINS CHAMPIONSHIP with a record of 5-1 at the Josh Anderson Tournament being held at the University of Nevada, Reno.

The HOOTS defeated the Black Hills Bandits from Washington 7-3 to win the Championship on Sunday June 24. The feature game between the two teams with the best records in the 30th Annual event with 10 teams represented from the Western States.

The HOOTS pitching continued to be a key factor in the tournament as they used three pitchers in the Championship game. Connor Linchey started the game, followed by Ryan Fleming and closed by Ryan Costeiu.

Three HOOTS players were recognized for their play in the tournament.

Balanced with strong performance on the mound led by three starting pitchers.  Ryan Costeiu in a Game One win 7-1 over Centralia, Josh White in a Game 2 victory over Yakima 11-0, and Gunner Mayer in a Game 3 victory over Team Trinity 13-1. 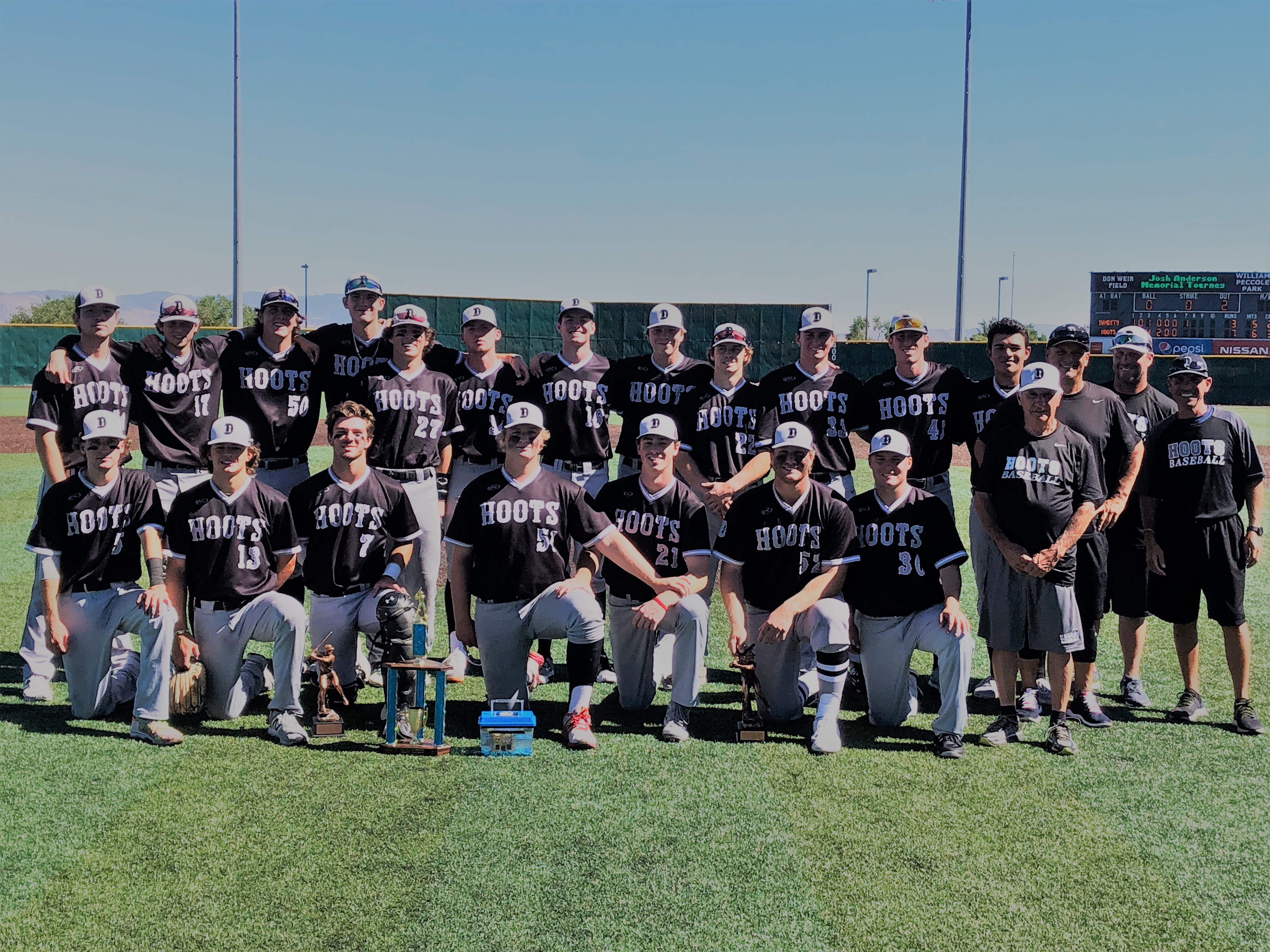