Two friendlies have been played to date, both against Highland League opposition.

On Saturday 16th July a trip up to Christie Park Huntly was enjoyed by all and we came away with a 3-3 draw. Huntly took the lead on 20 minutes with a header and a minute later Mike Bruce equalised from close range after a goalmouth scramble.

Two minutes later however Huntly regained the lead with a move down the left that ended in a deflected shot finding the corner of the net. A blatant penalty was denied on 23 minutes, when Sam Smith was brought down as he bore down on goal and then 10 minutes later we were 3-1 down when a poor kick out by Murray Buchan was lobbed back over his head.

The second half saw us get the better of the game with Sam Smith educing the deficit on 80 minutes and then Greg Mackie scoring a minute later after a goalkeeper error.

On Thursday 21st July it was a longer trip up to Rothes for a 7.45pm kick off. The Speyside club had a fairly strong squad out and we a acquitted ourselves well over the 90 minutes. We started brightly and probably had the better of the first half, with Jack Presly hitting the bar.

Rothes took the lead early in the second half after a move down the left and despite some half chances for the Saints the final result was 1-0 to Rothes.

It's been a number of weeks since I last placed a blether and my apologies for this but I have been out of the loop due to having an operation. On this I am recuperating well and hope to be back at the helm for pre-season which I expect to start in Mid June. During this time though, Graeme, Paul and Craig are running the show.

Anyway, the last few weeks has seen the results go against us. Losing to Deveronside, Hermes, and Dyce. However, although we have lost , by all accounts we have continued to play football and not resort to the big punt. However, as most people know sometimes you need to change your game for certain teams and this is something we as a coaching team need to look at and sort out.

Last Saturday though saw the guys get a much needed 3 points with what I would say was a great win away to Hall Russells. This being against the first team we as the management team played and initially lost 4-1, so hopefully this shows we are improving.

A few changes in personnel have taken place too. These I think have been mentioned but to clarify: Cove Rangers FC recalled Devin Colbert and was then immediately farmed out to Huntly FC. Devin had come on in leaps and bounds with us and as Gordon has mentioned we wish him all the best in the future. We did manage to complete the signing of another young Cove starlet; Dawid Omernik who has settled in well with the squad.

On the injury bench -  Young Taylor Christie has finally had keyhole surgery on his aggravated knee and we hope to see him back with the lads for pre-season. This I feel will be the same for luckless Darren Reid. A player that was injured in our 1st game back in September - ironically against Hall Russells and has not played since. Again it looks like a knee issue and this will hopefully be rectified in early May. We wish both players all the best and look forward in having these talented players back for next Season.

We have 7 games to go with the next 3 games being Banks O Dee on Tuesday night at home and then  away to FC  Stoneywood and Stonehaven. All very tough games and where we need to take points to ensure Super League status. Very much in our hands.

Anyway, I will hopefully make it along to some of the games and hope to see as many of you there especially at the remaining home games, Banks O Dee, Ellon Utd, Inverness City and Culter FC.

Last Saturday saw us entertain Jeanfield Swifts FC from the East Region Premier League in  Perthshire for a right to be in the Semi-final of the GA cup.

On this we showed again what can do when we found ourselves twice behind in the game but kept going right to the final whistle where we equalised with the last kick of the game. Unfortunately we were not able to complete the fightback and lost 4-3 in the penalty shoot-out.

However, as I said at the start we have started to show what we are capable of doing. Our target is to continue this good work and maintain and climb up the Superleague in the remaining 11 games we have to play and avoid the drop which we should do with hard work and determination.

The squad has seen in recent weeks us further strengthen our coaching staff with  the addition of a top rated Goal Keeping coach in Craig Stephen. Craig comes to the club with vast of experience from his playing days ( Forfar Ath, Sunnybank from the 1990’s)  and more recently obtaining his coaching badges. One major plus  with Craig is that he too is a local lad that came through the ranks of Banchory Boys and played for the Club in his early days.

This has seen the 2 keepers at the club go through their paces and seen marked improvements in their attitude and focus. Just what the guys wanted and needed.

With the result from the week-end, it now just leaves us with league games and with us away to Hermes this week-end then at home the week after to Deveronside we need to take the previous performances and push for points on the board and solidify our position and keep the free flowing football we have been playing.

Over the coming weeks with the midweeks games away to start, I really hope we can see you all turn up for the games we have at home and support the guys.

Last week-end has seen us fall out of the McLeman Cup to top of the league challengers Banks O Dee. As you will see from our report we fared better in the 2nd half and possibly should have taken more from the game but with a few dubious decisions and lady luck not going with the players, we may have sprung a surprise.

What I can say is that we have shown we can compete against league chasing teams like Hermes, Culter and now Banks O Dee and look forward to when they come back to play us in the league encounter later on in the season.

This next couple of games see’s the boys play against top opposition. The first of this being against Jeanfield Swifts from Perthshire.A very successful and prominent outfit that will test our resolve and where we must step up to the plate and compete in all areas of the pitch. Certainly a game that we feel the guys will appreciate and look forward to, and pitching us against the best can only produce the best from us!

The following week will see us return to league duty against the current league Champions Hermes, where we only lost out a few months ago by 2 to 1. So again hoping we can learn from that and go and achieve a positive result on the 26th.

However, back to this week-ends game . This see’s the Kick off at a slightly later time of 2:30pm at The Milton.

Please come down and support the guys and encourage them on!

Well that’s February finished where we managed to get 3 games played. Best of all, these were all victories,  2 cup advances and  a welcome 3 points in the league.

Saturday past saw us do the double on Dufftown FC – running out comfortable winners in the end 4-1. Our young striker Devin Colbert scored his first Hat-trick for the club and Jack Henderson continued his rich vein adding one more to his tally.

This was a good result for our league position and hopefully will see us stay away from the drop zone.

We are waiting patiently to see who we will meet in the quarter final of the GA Cup – this has been drawn and will either be Deveronside form our league or Jeanfield Swifts FC from Perth. I feel the latter being the most likely opposition only due to their current position being top of their respective league. This game has been initially set for the 19th of March at The Milton - Home tie - so make a note in your calendars to come on down and cheer on the Guys!

This Saturday see us play potentially one of the teams looking to win the Super League – Dyce Juniors. This will take place (weather permitting) at Culter Juniors Crombie Park as the recent floods have made Ian Mair Park in Dyce unplayable for the foreseeable future. Here’s hoping it is back up and running soon.

Anyway we hope to see you all soon so remember to shout - Mon the Saints! 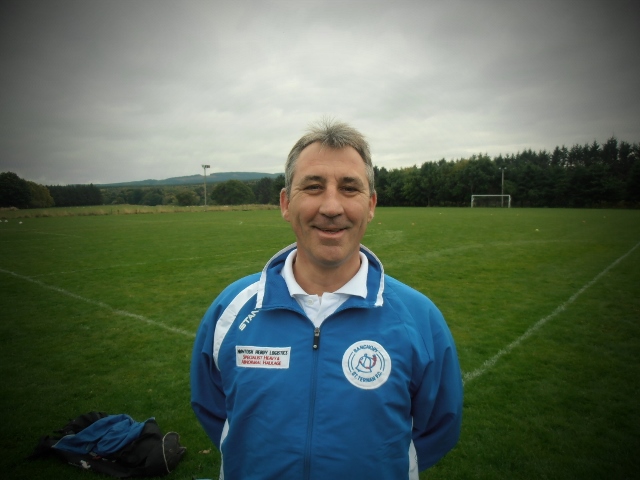