Posted by Steve Elliott at Dec 12, 2017 4:00PM PST ( 0 Comments )
more editing options
The West Allis Nationals have finalized their 2018 schedule.    The 2018 season will include a preseason tune up on Sat May 5, a return trip to Menasha and Marinette on May 18, 19, 20,  a 30 game WSL regular season slate,  an entry in the WABC tournament in July, and an entry into the Class A State Tournament beginning August 1.
cancel 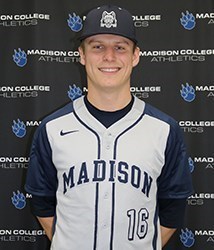 Congrats to Brian Huntzinger and Chase Scharnek who were both honored by the league's GM's as 1st Team all league selections.

Huntzinger was an unanimous all league selection at 2nd base and Scharnek was all league as a Utility player.

Neither player had an all league clause in their contracts.

The West Allis Nationals travelled to Lombard, IL on Saturday for a DH and were successful in avoiding the dreaded split as the Orioles swept the locals by scores of 13-1 and 7-1.

It was not the best day for the Nationals defense.   That's all I'm goin say about that.

Since we're all about being positive in 2017, there were a number of takeaways that the team can build upon entering this week's season ending State Tournament in Sheboygan.

3.  High Life can be freed from its aluminum prison, releasing its tender nectar in a glass conduit.

5.  Only thing better than an O'Hare Oasis massage chair....well, Nationals, Inc. is still working on the prototype.

7.  We've confirmed that Lombard's sprinkler system is functioning and it tact.  Thanks, 11.

8.  We've confirmed #20's chirping can be suppressed by a surgical procedure.

9.  Sodey and Schmiddle don't gut teammates and are the first to rise when an opponent is in crisis.