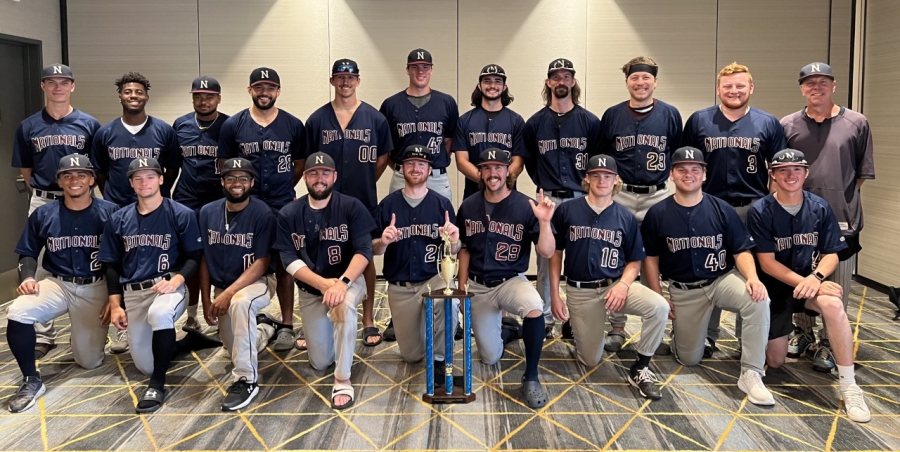 The West Allis Nationals stormed back from a 5-2 deficit with a 7 run 6th inning before withstanding an Appleton comeback in the 7th and prevailing by a final score of 9-7. Max Montgomery’s grand slam and Noah Armstrong’s 3 run blast highlighed the comeback. And Montgomery’s diving catch in right field with two outs and the bases loaded secured the victory.

The victory gave the Nationals a 2-0 tournament record, leaving them one Sunday victory away from a 2nd consecutive Wisconsin Class A State Championship. The Nationals defeated Kewaskum 6-4 earlier in the day.

Heavy rains on Saturday night and into Sunday, though, postponed that days tournament games. So, with a perfect 2-0 tournament record, the Nationals were declared champions. Appleton and Sheboygan finished at 1-1. Kewaskum finished at 0-2.