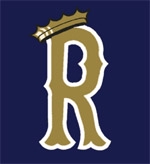 Covelle was dominant throughout and had at least one strikeout in every inning but the first.

The Royals broke a scoreless tie when they scored five times in the bottom of the fourth and chased Chiefs’ starter Nick Remy. Remy had wiggled out of jams in each of the first three innings primarily due to his wildness. A two run double from Jonathan Rodriguez finally gave the hosts a 2-0 lead that they never relinquished. Somerville added three more runs on a wild pitch and singles from Adam Johnson and Rob Caggiano.

The Chiefs only run came in the top of the sixth when Tony Serino singled, went to second on a wild pitch, and scored on a Ben Waldrip RBI single.

Covelle (3-2) finished things off in style when he struck out the Chiefs’ side in order in the top of the seventh.

Remy, the rookie from Central Catholic, fell to 1-1 with the loss. The righty allowed only two hits (both doubles), struck out five, but walked seven and hit two batters in his 3.2 innings of work. Nate Witkowski allowed a run on two hits in an inning and a third and Matt Maloney worked the bottom of the sixth and gave up the final run.

Chiefs Chatter… The Chiefs host the Royals at Maplewood on Wednesday at 8:00 PM and conclude the regular season on Thursday vs. the Melrose Americans at Morelli Field at 7:30 PM……