Marist will be hosting the ESCC Track and Field Championships on Wednesday, May 8, 2019, at 1:30 PM.

The RedHawks will also be honoring the Seniors (Class of 2019) on Tuesday evening, May 7, 2019, and during the ESCC Track and Field Championships on Wednesday, May 8, 2019.

The Marist Coaching Staff and Parents will be hosting a Tailgate party under our TEAM tent during and after the ESCC Track and Field Championships. It will be a special experience for all of the athletes, parents, coaching staff, and guests.

We need your help to make this event a success in 2019.

First, if your able to volunteer to work the ESCC Track and Field Championships at the (1) Awards Table, OR (2) Athlete Check-In Table, OR (3) Hurdle Crew, let Coach Gordon know via email at Gordon.Jon@marist.net.

Second, if your able to bring any kind of finger food, drinks, paper ware, plastic ware, card tables, let Coach Gordon know via email at Gordon.Jon@marist.net and he will post a list of items being brought to the Tailgate Party on our Team website.

Last, we want to remind everyone to ORDER Banquet Ticket(s) prior to April 30, 2019. THANKS.

Conference Set Up at 11 am

For sheer drama, the 2019 Indoor State Championships (Illinois Prep Top Times), may have topped anything ever seen in the last ten years in Illinois, or maybe ever. It was a fantastic meet from start to finish.

On Saturday, March 23, 2019, Marist Head Coach Jon Gordon, Sprints Coach Mac Melto, Junior Brian Ferguson, Junior Thomas Leonard, and Sophomore Jovan Marsh traveled to Bloomington, Illinois for lunch at Olive Garden at 11:00 am. The Class 3A Indoor State Championships would commence at 3:00 pm. Each Athlete had a different pre-race meal plan, which included Salad and Bread, Chicken and Pasta, or Steak and Pasta.

After lunch, the TEAM and Marist Coaching Staff traveled to the Shirek Center Indoor Track & Field Stadium at Illinois Wesleyan University. The energy in the stadium was electric, with a sold-out stadium crowd filled to its capacity, with people standing in the upper deck just to get a glimpse of the meet.

The stadium featured a digital screen, showing the results of all the events throughout the meet, and a play-by-play announcer, who gave live commentary on every event that took place.

Brian Ferguson, Thomas Leonard, and Jovan Marsh received their race numbers upon arrival, and were placed in a large turf room adjacent to the stadium to put away belongings, and set up a Team Camp.

Right next to the turf room, a special gymnasium was used for event check-in, and to run warm-ups. The athletes had access to the stands on the main floor, that were roped off from the Track.

Marist had one of the largest cheering sections at the meet, which included Alumni, parents, and friends.A special thanks to everyone for their support.

Marist witnessed an incredible Track meet throughout the day, as they waited for the 60m Dash prelims, 60m Dash Finals, 3200m run, the 400m run, and the 200m dash.

In the 60m Dash Finals, Marist Sophomore Jovan Marsh finished in SEVENTH place to reach the MEDAL stand with an outstanding time of 7.12.

In a nice ceremony following the 60m Dash Finals, Jovan Marsh received his Medal for finishing in seventh place, then Marsh had to prepare for the 200m dash.

In the 3200m run, Marist Junior Thomas Leonard dropped 14 seconds from the Gene Armer Invitational (9:55) with an outstanding time of 9:41.76. Thomas Leonard finished 14th in Illinois!!

In the 200m dash, Marist Sophomore Jovan Marsh finished 16th in Illinois with an outstanding time of 23.53. Marsh also ran the fastest time by a Sophomore in the meet!

After the Indoor State Championships, the RedHawks, Marist Coaching Staff, Marist Alumni, Parents, and Friends traveled to Avanti's in Bloomington to celebrate an outstanding meet. A special thanks to the Leonard Family for treating everyone to a very nice dinner. 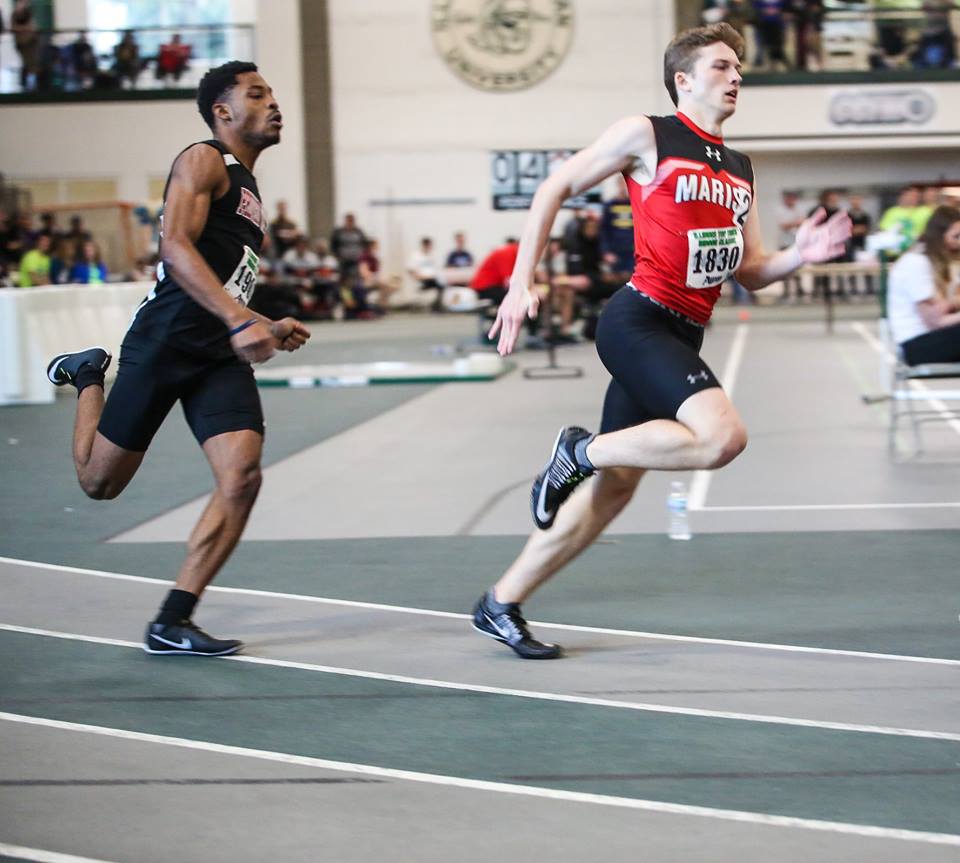 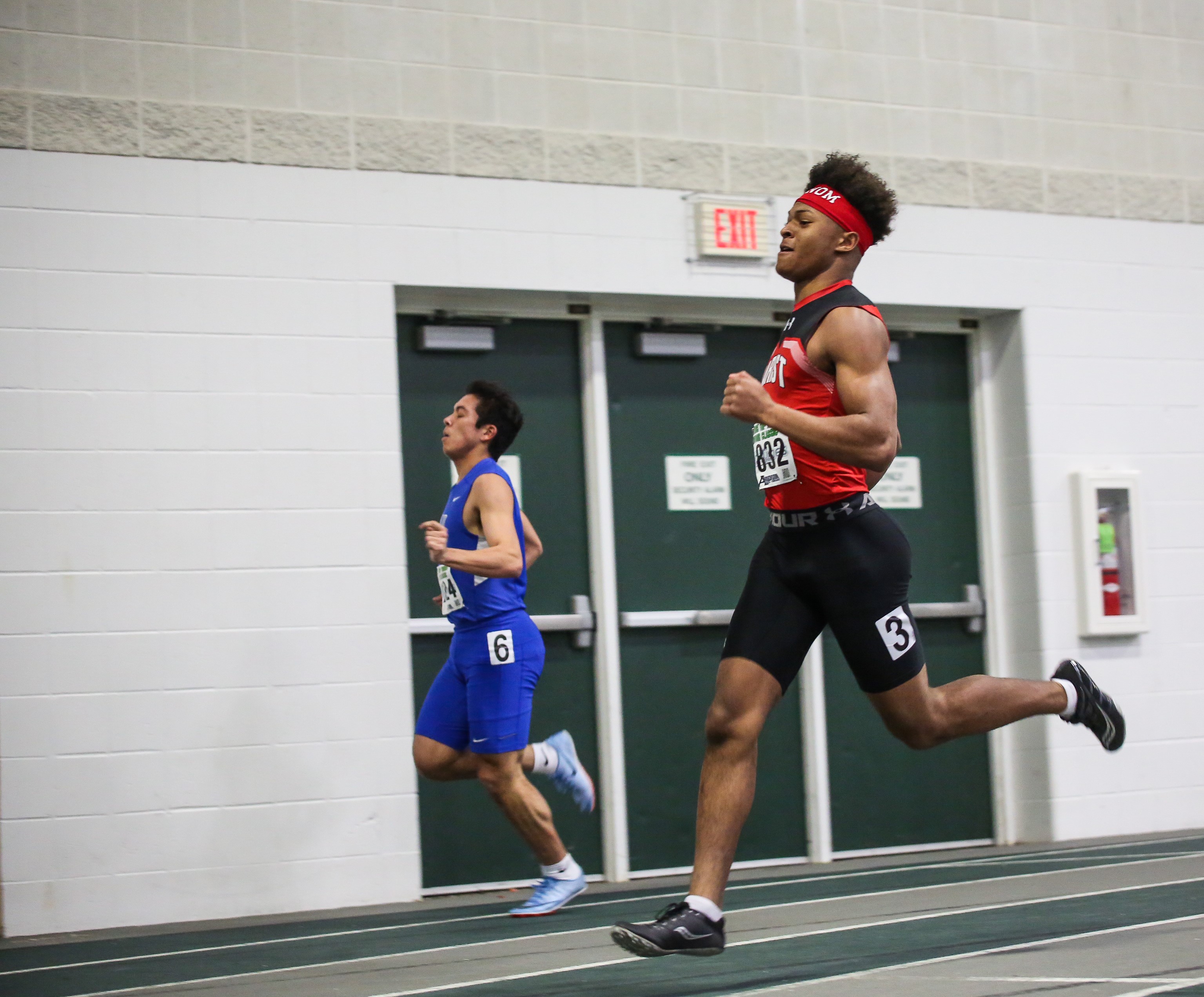 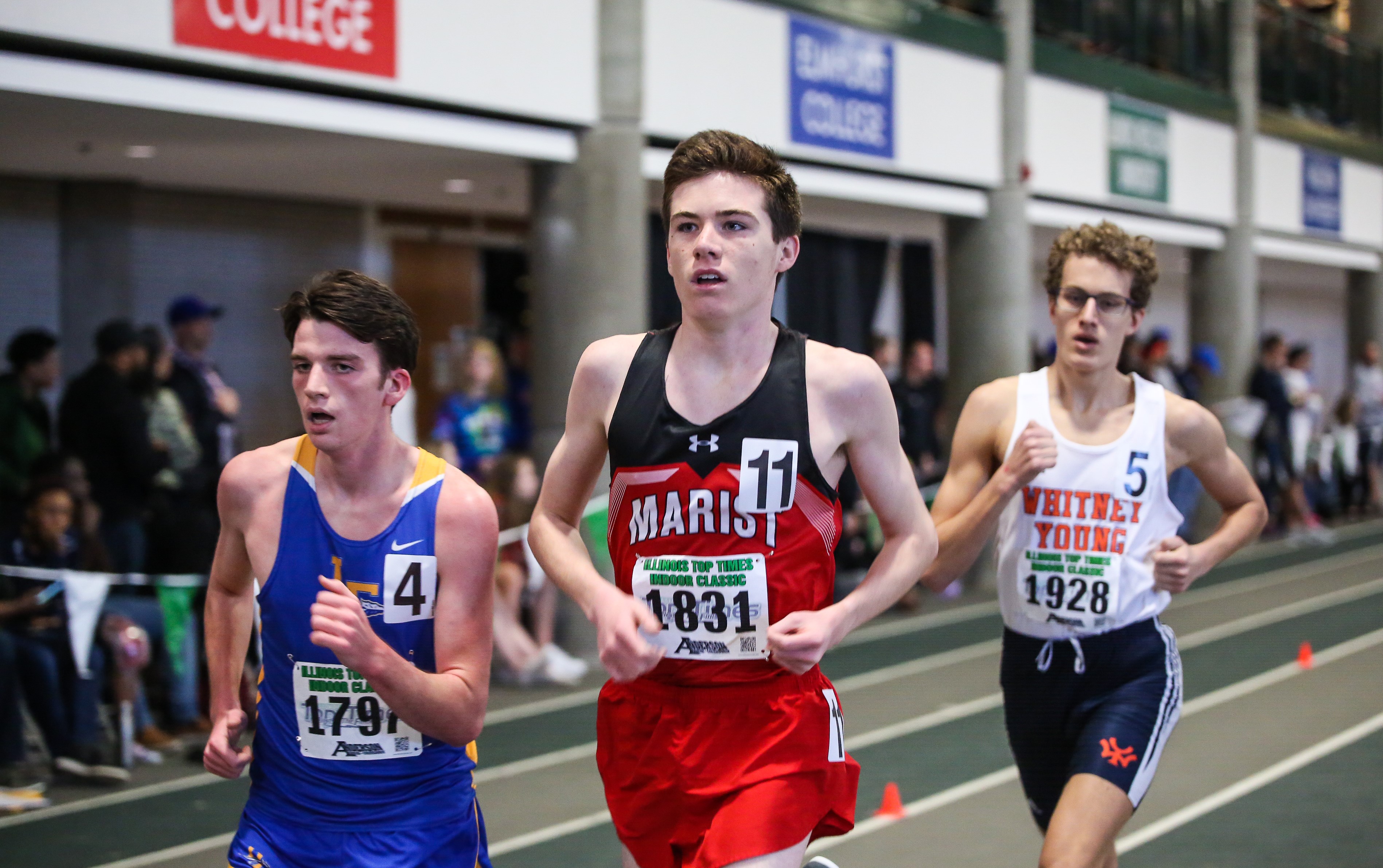 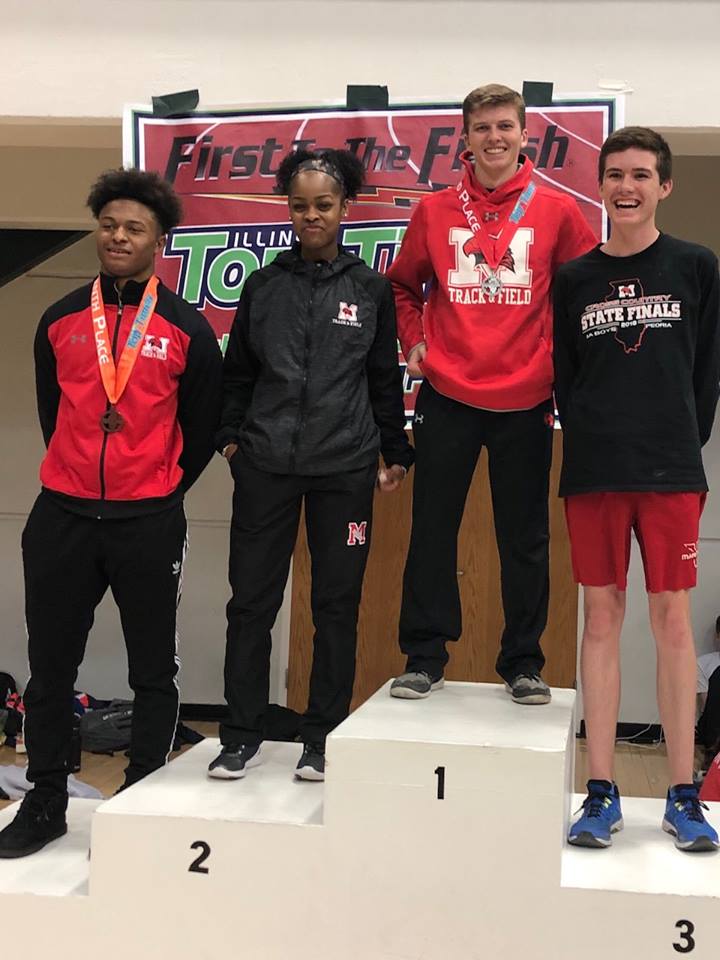