Falcons Get To Semis in Winners Bracket; Finish Tied for 5th at 4A State

Posted by Rob OFarrell at Jun 1, 2014 5:00PM PDT ( 0 Comments )
more editing options
It was a great ride for this team filled with so much talent, energy and enthusiasm.  The Lady Falcons avenged their State loss last year to Camas on Friday with 6-3 win in the first round against them and pulled of a thrilling come back against Todd Beamer to find themselves going into Saturday and the Semis pitted against Puyallup.  Our girls fought hard but couldn't get the timely hits and fell to Puyallup who went on to win the State title.  In the end our girls finished tied for 5th place chalking up more memories and experience and continuing the Woodinville legacy of expected excellence.
cancel

2014 Annual KingCo 4A All-League teams have been announced and have rewarded our Lady Falcons: 3 for First Team, 1 for Second Team and 3 Honorable mentions.

Second Team: Olivia Riener P.  Olivia was solid on both the mound and the plate.  Throwing 62 1/3 innings with a 3.48 ERA and pounding out 4 doubles and a .564 on-base percentage.

Lady Falcons at the Mariners Game vs Houston

A big shout out Thanks goes to coach Dale as he got tickets for our Lady Falcons to the Mariners game against Houston last night.

The girls had a great time watching the M's put it to Houston 6-1 behind King Felix and of course eating about everything in the park.   Can you say "Helmet Nachos" anyone?!   Yes... it is literally 4 pounds of Nachos in an M's helmet!

Getting rev'd up to head to Spokane next weekend for 4A State! 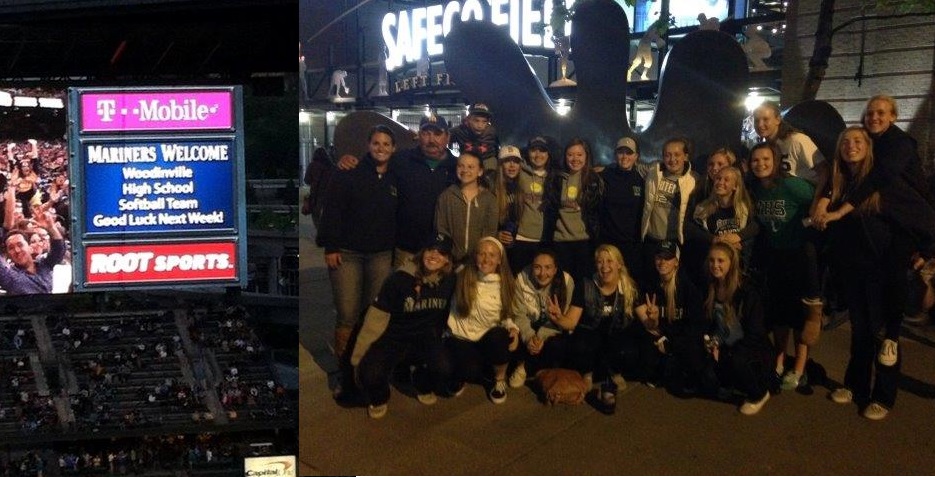 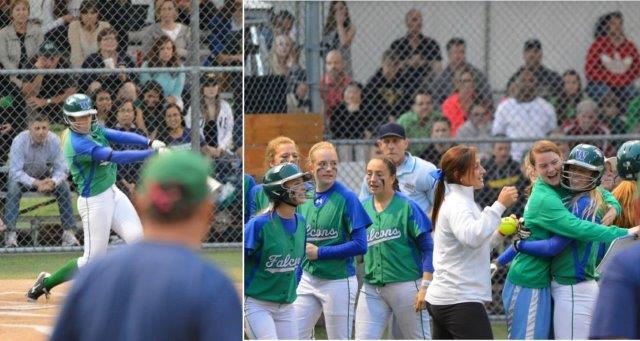