Skyline Falls 6-2 to our Lady Falcons

Woodinville saw it's first KingCo 4A action last night when Skyline came in to try to give our Lady Falcons their first defeat of the season.  After a shaky first couple of innings on defense by our girls they found themselves down 2-1 but were able to settle things down and give our offense an opportunity to get it going. 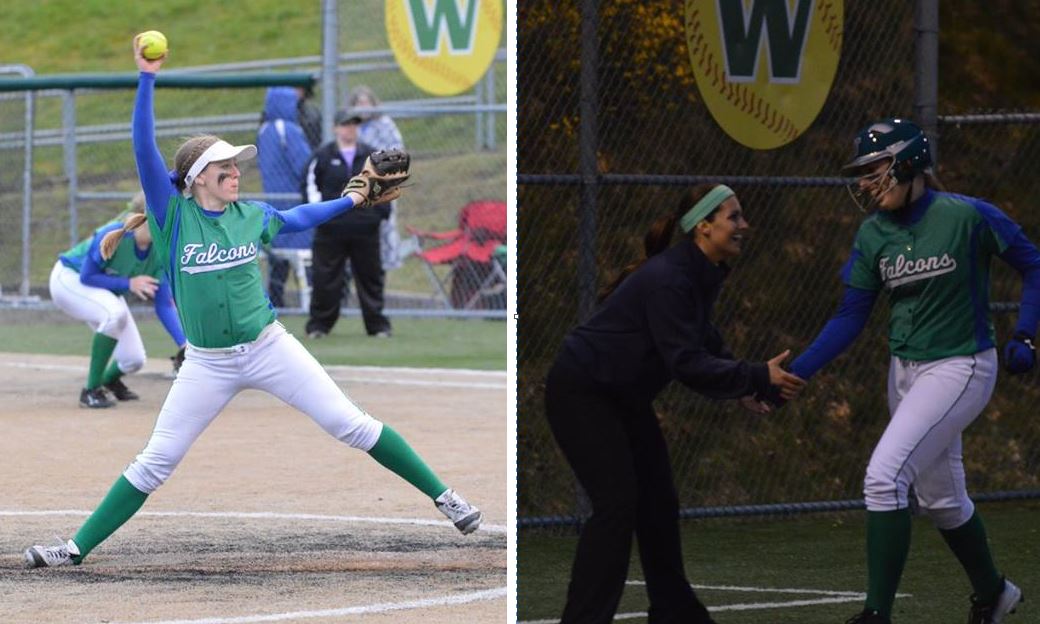 Jackson goes down 3-1 to WHS

by Sophmore Gina Wyner then bunt

to get us on the board 1-0.  Senior Alyssa O'Farrell was next to the plate and launched a 2-Run homerun

Taylor got some help behind her in the 4th inning with two great back to back defensive plays ... first on a crash bunt a bare handed play by Alyssa to get the lead runner at second base

and then a nice deep in the SS hole play, throw and catch

by Sophomore Lauryn Rhinehart to Alyssa to end the inning and any threat of Jackson getting on the board.

in foul territory against the fence.

Taylor comes back in to pitch in the 7th inning and Jackson gets some timely hits and finds themselves in a position to get on the board, though with the bases loaded and one out, a hard come-backer ricochets off Taylors shin to Alyssa who gets the out a first base and nearly back picks the runner rounding second to end the game.  Pretty close play...have a look

!  Though with a run pushed across Taylor focuses in and gets a ground ball to her sister Lauryn at short-stop then over to first base

for the final out and to seal the victory 3-1 for our Lady Falcons in typical late inning excitement! 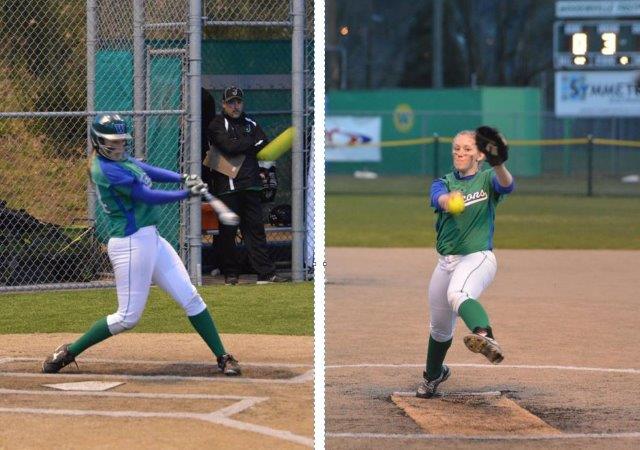 Posted by Woodinville Fastpitch at Mar 16, 2015 5:00PM PDT ( 0 Comments )
more editing options
A beautiful afternoon for the first full non-conference game vs Todd Beamer HS. After giving up a two run homer in the first inning, the Falcons D settled in to allow nothing else, and scored a couple of runs each in the fourth and the sixth innings to take a 4-2 victory! Well done ladies!!

Posted by Woodinville Fastpitch at Mar 14, 2015 5:00PM PDT ( 0 Comments )
more editing options
What a great way to start the season with a couple of 3-inning warm-ups against 2A State Winner Lake Washington and 3A State 5th Place Glacier Peak.  The rain held off and we had some good ball and some great food to get things going.  We kick off the season on Monday vs 2014 4A State participant Todd Beamer at Woodinville High School.  4pm...come out and cheer the Lady Falcons to a Victory!