Bulldogs Get the Win Against Former League Champions

After a huge win against Watertown last Thursday, Reading faced another top team Sunday night in the Lexington Blue Sox. The Bulldogs looked great in all phases of the game coming away with a big 6-4 win. Colby Morris dominated on the mound where he earned the win with six strong innings, giving up 4 runs on 5 hits.

Despite only having one hit through 4 innings, Reading was able to score a run to make the score 1-1 heading into the 5th inning where they looked to take the lead. After a leadoff triple by Darren Hartwell, Mike DeDonato continued to prove he’s one of the top hitters in the Inner-City League with a go-ahead two-run homerun.

The Blue Sox came back to take the lead at 4-3 in the top of the 6th, only for the Bulldogs to answer back in the bottom half of the inning. With runners on first and second with one out, DeDonato came up with an RBI single to score Rosario Missiti and tie the game at 4 apiece. The next batter, Ryan Wolfsberg, hit a clutch go-ahead RBI single to take the lead after Hartwell crossed the plate. Zac Talis was able to add another insurance run when he plated DeDonato on a sacrifice fly making it 6-4.

That lead was enough for Reading as Jack Theriault closed the game out in the top of the 7th giving him the save. The Bulldogs timely hitting with runners on base proved to be the deciding factor in this game.

Reading will play host to the Wakefield Merchants at Endicott on Monday night. 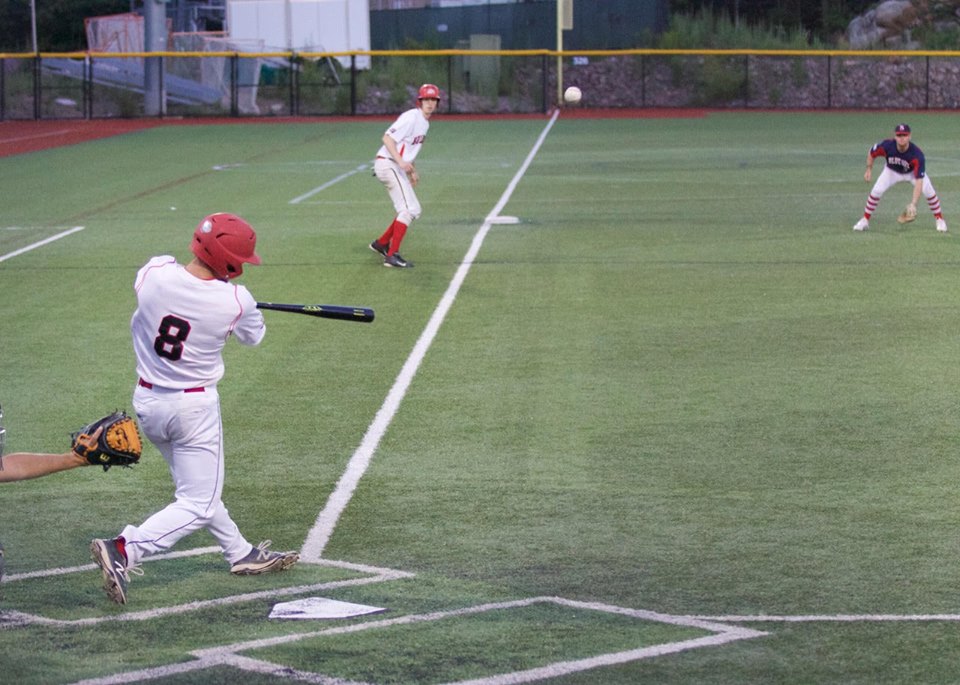 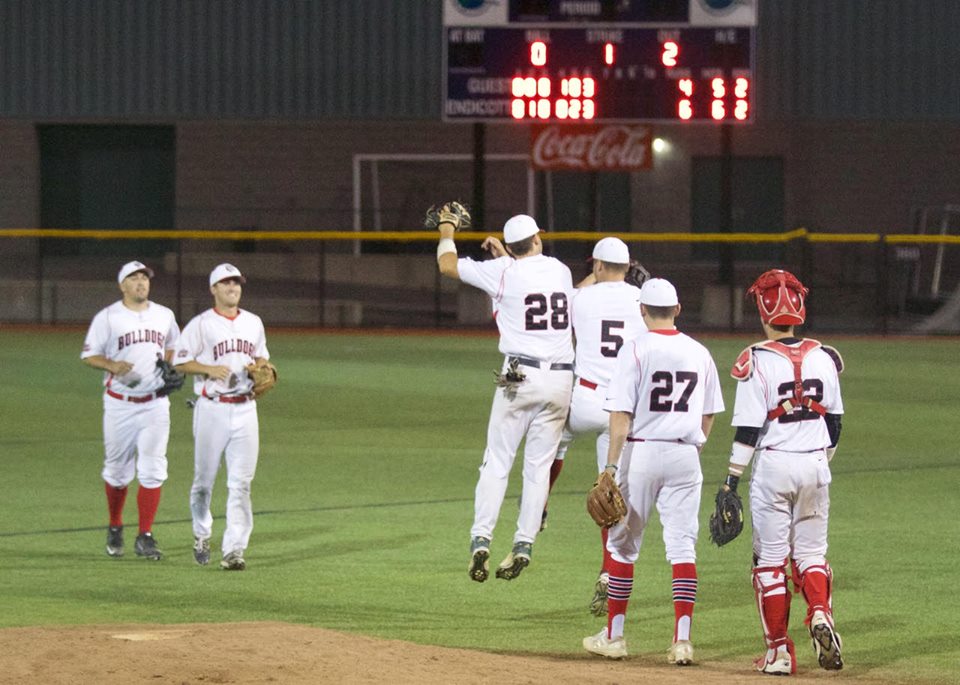 The Bulldogs Take Down Top-Seeded Reds

The Reading Bulldogs took on the first-place Watertown Reds on Thursday night at Victory Field in Watertown. In what was a back and fourth game, the Bulldogs came away with their biggest win of the year, upsetting the first-place Reds with a 7-6 victory.

The Bulldogs bats got started early in the top of the first inning. They got out to an early 2-0 lead thanks to four hits in the inning, including an RBI single from Steve Busby. The Reds answered quickly in the bottom of the first, getting a run of their own and cutting the Bulldogs lead to just one. In the third inning, the Reds tacked on another run when Kyle LaVigne hit an inside the park homerun to deep right field to tie the score 2-2. Watertown continued to swing the bats well as they tacked on one more run, making the score 3-2 at the end of four innings.

Alex Mandrus started for the Bulldogs and gave the team a solid performance. Mandrus pitched into the fourth inning and was able to limit the Red’s to just three runs, allowing the Bulldogs to stay in the game through the middle innings. The Bulldogs pulled even with the Reds in the fifth inning when Chris Bosco smacked an RBI single, bringing the score to 3-3. The game continued to go back and forth until the Bulldogs broke it open with three runs in the top of the sixth inning. All nine batters came to the plate and the team collected three hits, including key RBI hits from Chris Seidl and Rosario Missiti.

The Bulldogs tacked on one more run in the top of the seventh and were able to close out a close 7-6 victory. This was a huge win for Reading as they showed constant fight through the whole game. They saw strong relief performances from Zak Levine and Jack Theriault. Theriault pitched 2.2 innings to close out the game and pick up his second win on the season. Chris Bosco continues to be one of the hottest hitters in the ICL as he picked up two more hits and an RBI. The Bulldogs also saw strong offensive nights from Steve Busby, Chris Seidl, and Corey DiLoretto.

The Bulldogs will take on the Lexington Blue Sox for their next game on Sunday night at Endicott College.

In a Hit Parade from Both Teams, Wakefield Edges Reading 7-4

After a few days off with the Holiday, the Bulldogs were back in action Wednesday vs the Wakefield Merchants. The bats were working well for both teams who combined for 26 hits in the game, but Wakefield edged out Reading with a score of 7-4.

The game was tied at two through the top of the 4th inning, before Wakefield put across four runs in the bottom half of the 4th to pull away. Jack Burke took the mound for the Bulldogs putting together 4 innings of work and was relieved by Cody Hall who pitched the final two innings for Reading.

In the 2nd inning, Chris Bosco was hit by a pitch and was then followed up with singles from Johnny Hayes, Darren Hartwell, and Corey DiLoretto. Bosco scored off Hartwell’s single. Leading off the 4th inning again, Bosco reached base with a single and came around to score on a DiLoretto double which tied the game at two.

Reading responded quickly after Wakefield’s big inning when Mike DeDonato tripled to right and was knocked in with a single from Zac Talis making it 6-3 through 5 innings. The Bulldogs kept scratching away at the score by putting up another run in the 6th when DiLoretto tripled and scored via a fielder’s choice closing the deficit to two runs.

Wakefield was able to add an insurance run, however, and secure the win at 7-4. Xinachs received the win and Burke took the loss.

Bosco and DiLoretto lead the offensive charge with three hits apiece for the Bulldogs. DeDonato also had two hits and Talis had one hit with two walks.

Bulldogs Lead Arlington 5-3 Before Game is Suspended From Rain

The Bulldogs and Arlington Trojans met again on Friday on a rainy night in Arlington. The Bulldogs got out to an early lead when Zac Talis drove home Kevin Marciano in the first inning to take a 1-0 lead. The Bulldogs kept up the early offense in the second when Mike Taylor singled up the middle to drive home Corey DiLoretto and extend their lead to 2-0.

Jack Theriault started for Reading and blanked the Trojans for the first two innings, only allowing one hit. In the third, Arlington was able to scratch one run of Theriault on an RBI single from Kyle Boudrais. Arlington then got their bats going when they scored two runs on two hits in the fourth inning to give them a 3-2 lead.

The Bulldogs struck right back in the top of the fifth inning when all nine batters came to the plate. The Bulldogs were able to get six men on base during the inning and got key RBI base hits from Mike Taylor and Steve Busby to give them a 5-3 lead. The weather got the best of both teams on Friday as the game was the suspended going into the bottom of the fifth inning. The Bulldogs and Trojans will resume play at a later date with the Bulldogs leading 5-3.