ADVERTISE YOUR BUSINESS AT MILTON PARK

This is an exciting opportunity to raise awareness of your business at a local sporting venue for modest expense.

As well as our Superleague Junior team, the pitches at Milton are also used by our Under 19's side and by a number of Banchory Boys Club teams, thus ensuring that on any one weekend there are sizeable numbers of players, coaches and spectators.

Benefits for your business

If you decide to take up our offer you will be significantly supporting our fundraising efforts to ensure the pitches and the facilities are well maintained and will exist for future generations to enjoy.  Further benefits are:

1. Free advertising on our website
2. Supporting a local community organisation
3. Cost-effective, local exposure of your business

If you are interested in displaying a board and would like further information email us at banchorystternan@aol.com or call 07969 902591

Click on the 'Sponsors' link for a full list of club sponsors and those businesses who are advertising at Milton. See sample above 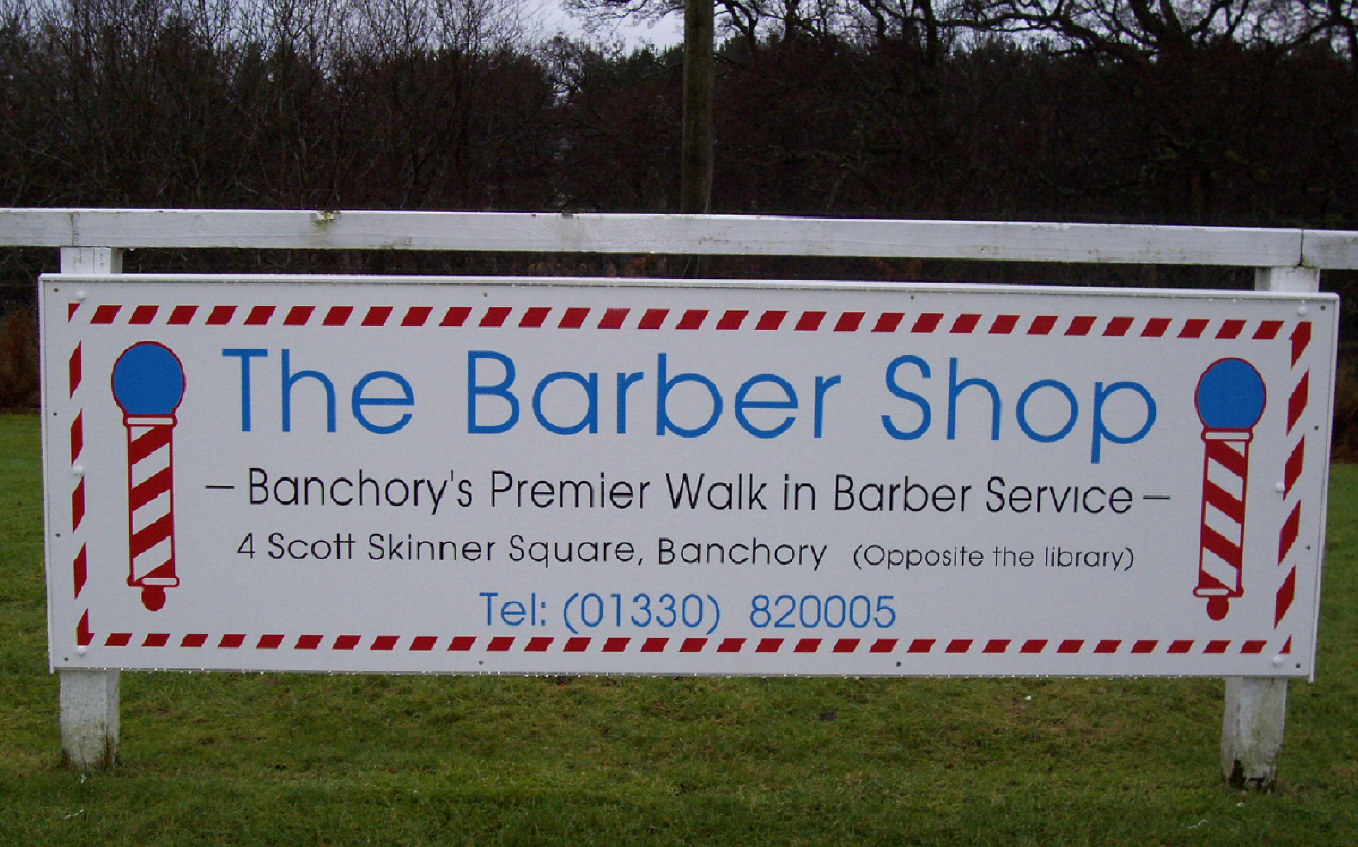 Posted by Gordon Humble at Dec 4, 2004 4:00PM PST ( 0 Comments )
more editing options
After their stirring victory in Ayrshire last week, St.Ternan Youth have been rewarded with a home tie against Dumbarton in the 5th Round of the Dunfermline Building Society Challenge Scottish Juvenile Cup. Now down to the last 16 of the national competition, Panda and Bob Lloyd are hopeful that they will have a full squad to pick from. The game will be played on Sunday 12th December at Milton Park, kick off 1.30pm. It's hoped that a good support will turn up to cheer the lads on particularly if you want to see the new team mascot - Jack Garvin's "bunnet". Jack will be there to pass on his footballing wisdom, just as he did last week in Ayrshire. COME ON THE YOUTH!!
cancel

Posted by Gordon Humble at Dec 4, 2004 4:00PM PST ( 0 Comments )
more editing options
Milton Park was a busy place on Saturday afternoon when both pitches were occupied. The young Saints Under 19's welcomed Kintore for a Sunnybank Shield 2nd Round match. Manager Graeme "Panda" Anderson, was once again minus a goalkeeper and also had Gavin Tully absent. But Callum Forbes managed to make his way up from Stirling University to play at centre forward in place of Gavin. After a very even opening 20 minutes, Kintore took the lead, but Josh Gilbert struck a wonderful curling shot into the corner of the net to equalise, and Callum Forbes scored a second just before half time. In a non eventful second half, Forbes struck again to secure the win for Saints Youth. On Pitch 2, Banchory Boys Club Under 17's had a top of the table clash with Dyce Boys Club. In a gripping game both teams were locked at 2-2 mid way through the second half, but the visitors ended up with a narrow 4-3 win.
cancel

Posted by Gordon Humble at Nov 28, 2004 4:00PM PST ( 0 Comments )
more editing options
Saints Youths had a long journey down to Galston in Ayrshire yesterday, and came away with a famous win in the 4th Round of the Dunfermline Building Society SYFA Challenge Cup. Although they could have gone behind in the first few seconds, they began to get on top of the Ayrshire team. So much so, that the home number 8 was booked for a tackle on Jimmie Smith and then handled the ball inside the box to receive a second yellow and his marching orders. Callum Forbes who joined the team bus in Stirling dispatched the ball into the net from the penalty spot. Saints were very effective on the break away and should have had another two penalties, before they scored their second goal, once again from the penalty spot when Gavin Tully was brought down right on half time. Callum took the spot kick again and although the keeper got a hand to the ball, Saints went in 2-0 up at half time. The second half was a different story as we looked to be content on hanging onto our lead. This allowed the home 10 men to gain confidence and they deserved to get a goal mid way through the second half. Despite home pressure the young Saints held out to record a famous victory. The hospitality from our Galston friends was fantastic and a return friendly match has been tentatively arranged for Easter next year. A good support came down from Banchory to cheer the lads on, with one in particular enjoying his day in his own back yard. Jack Garvin who helps the club by catching moles at Milton Park, made the trip to his home town and was indeed an inspiration to the boys. His special bunnet was the main topic of the celebrations on the bus home, and the lads have now adopted Jack and the bunnet as the team mascot for the 5th Round which is the last 16 of the competition. Look out for the draw which will be next week sometime.
cancel
← Previous 1 2 … 9 10 11 12 13 14 15 16 17 Next →