hide
hide
No announcements have been posted yet for Old Duluth East Nordic.

Welcome to the Yellowstone Ski Festival!

Whether you are a beginning skier or an experienced racer,West Yellowstone is THE place to start your ski season. Last year, over 2300 skiers from around theUnited States andCanada were inWest Yellowstone for the Yellowstone Ski Festival. Where else can you participate in ski clinics coached by former Olympic athletes and lifelong Nordic skiers, try out and purchase the latest ski gear and accessories, and share the Rendezvous Trails with so many great skiers? The Yellowstone Ski Festival offers all of that and more!

Skiing has a long history in the West Yellowstone area and dates back more than a century to when U.S. Cavalry soldiers patrolled Yellowstone National Park on skis they dubbed "agony boards". Skis were also used by early explorers and trappers as they traveled through this immense mountain valley. In 1908, the Union Pacific Railroad reachedWest Yellowstone and put the town on the map as the West Entrance toYellowstone National Park. Summertime tourism boomed but when deep snows closed the mountain passes and shut down rail travel,West Yellowstone was a world unto itself. With four to six feet of snow on the ground from November to April, skis were used for both travel and sport.

In the 1970's, Neal Swanson and his sons, Kent and Carl, saw the potential for expanding the cross country skiing opportunities inWest Yellowstone. With the help of Claude Coffin and his U.S. Forest Service crews,Kent put in many long hours fashioning the Rendezvous Ski Trails on the old logging roads south of town. Meanwhile, Carl was skiing competitively and in 1978 he won the Junior Nationals. In that same year, the Swansons were able to coax the U.S. Nordic Ski Team toWest Yellowstone for their November training camp. During each November since then, hundreds of our country's best skiers flock to this tiny mountain community for up to a month of physical and mental conditioning. In 2006, ski teams from Middlebury, Duluth East Nordic, theUniversity of New Mexico, the University of Alaska at Anchorage, Montana State University, the University of Minnesota and Whitman College all kicked off their ski seasons in West Yellowstone.

Biathletes are also present in large numbers during the Yellowstone Ski Festival. The U.S. Biathlon Association used the Rendezvous Ski Trails to train and compete for years before a permanent firing range was established adjacent to the trail system in 1985. The range is now considered one of the best in the country and it continues to draw biathletes from around the world for early season training.

We hope that we will see you at the 2008 Yellowstone Ski Festival. As usual the Festival will include all of the activities that took place last year and we are always looking for new ways to improve and diversify the week.  Stay tuned to this website for regular updates as our planning progresses.

On a final note, we hope that you will support our local sponsors and the equipment manufacturers who come to West Yellowstone for Thanksgiving. Without their support, the Yellowstone Ski Festival would not happen - please show them your appreciation!

Snow has been falling in West Yellowstone.  Check out the Rendezvous Ski Trail webcam.

The buses to West Yellowstone are almost full!  If you are planing to come along please get your forms and fees in ASAP.

Change of leaving location:  Due to activites at Duluth East on Friday, Nov. 21 we will be leaving from Woodland Middle School, 201 Clover Street, 55812 (off Woodland Avenue).  We will also return to this location.  For a Yahoo map to the school click on "Locations" in the left menu.

Final fees and forms are due November 10.

To reserve your seat on the bus, get your $250 non-refundable deposit to Bonnie ASAP.  The seats will be filled on a first come first served basis.  Remaining trip fee is due to Bonnie prior to November 10, 2008 (we have to let the checks clear the bank so we can use the money in West Yellowstone).  Please make checks out to DE Nordic Activity Fund.Note: If signing up after October 27, 2008 the fee increases to $545 because the ski passes go up.Parents and other interested adults are welcome to ride along on the second bus.  The prices for adults are: 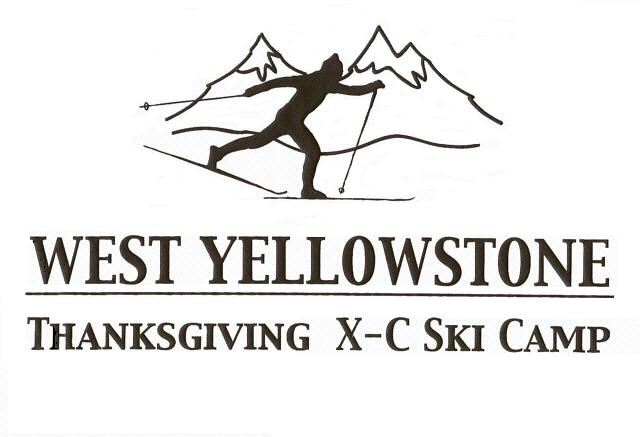