Holliston Lineman Scott Elliott Stands Out in a Crowd

When Scott Elliott walks the corridors of Holliston High, this sometimes crosses his mind. “I think some of the underclassmen are scared of me.” He doesn’t want to make anyone uncomfortable.

In fact, Elliott is also an underclassman, a junior. But his presence at the school is unlike any other student. He is 6-foot-3, 285 pounds with shoulder-length hair that glides in the wind.

So, you can’t miss the manchild. Opponents on the football field can’t avoid him, as much as they try. Elliott has carved a name for himself on the fields of the Tri Valley League. He is a player that Division 1 schools like Boston College have taken note of, and the Ivies have on their radar screens because Elliott’s smart, National Honor Society, vice-president of his class and all that.

“Scott’s extremely mature beyond his years,” said Holliston head coach Todd Kiley. “He has all the qualities that are attractive to his teammates.” Indeed, they voted Elliott a team captain, significant because he’s the first underclassmen captain in Kiley’s 15 seasons guiding the Panthers.

“It means everything to me to have the respect of the seniors,” said Elliott.

The Holliston coaching staff keeps close tabs on the kids playing in the youth leagues. “We want to see what talent is coming up,” said Kiley. “Scott opened our eyes [right away].”

The offensive lineman had a noticeable growth spurt between the seventh and eighth grades. “Three or four inches, 25-30 pounds,” Elliott said. “I’ve talked to my doctors. They still think I have some growth in me.” Each inch, each pound and college recruiters drool a little more when sizing up Elliott.

Size and football run in the family. Elliott’s dad, also Scott, was a Boston University lineman in the early-90′s. He played guard at 6-foot-3, 293 pounds. His twin brother, Todd, was also on that team. “He was about the same size,” said Scott. Their line coach was Tony Sparano, former head coach of the Miami Dolphins and Oakland Raiders and currently the line coach for the Minnesota Vikings. “I loved Tony,” said Scott.


Scott the Younger has two football-playing brothers, Jack, a freshman quarterback and Brett, a sixth-grader. “He’s the biggest kid in his class,” said Scott. Brett’s about 5-foot-5, 155 pounds said his dad. Which is to say, no one’s pushing him around at recess.

Scott understood “my dad definitely wanted me to get into football, but he wanted to make sure I liked it.” He did. Elliott played lacrosse and basketball in middle school and threw the discus and shot put events for the Holliston varsity last year. He may give hoops another whirl this winter. “I was a pretty good rebounder back in the day,” he said. Boxing out was not a problem.

College recruiters have had Elliott plugged in since his freshman year. He was 15 years old when he played at Gillette Stadium in a Division 4 Super Bowl win over Chicopee Comp. In January, Elliott was invited to a national high school combine in San Antonio. It helped raise his profile.

Once upon a time big linemen were, well, just big, sometimes slovenly guys . . . That’s not the case anymore. “Scott has quick hands and feet,” said his dad. “We knew he was going to be a player. He’s a focused kid.”

“Scott can play any position on the line,” said Kiley. “He’s been mostly at left tackle. He plays defensive tackle too. He’s a big kid, but what stands out is his athleticism. Scott’s a worker. I don’t think he took a day off in his off-season training.

“He wants to be the best he possibly can so the team can be the best it can be. He’s a team guy. He’s exactly what we’re looking for to lead this football team.”

“My dad instilled in me that you have to work hard to do anything good at all,” said Elliott. Words that applied to life off the field as well.


There’s a lot going on in Elliott’s life now. “His college process has already begun. Teams are inviting him to games,” said his dad.

“More schools reached out to me after my sophomore season,” said Elliott. He’s visited Harvard and UMass. Columbia, Coastal Carolina, UConn, Buffalo and Princeton are a few others in the mix. Not a bad stockpile for a player who has another high school season left.

It’s about to get more hectic for Elliott. Now coaches can legally reach out to Elliott by a text or email. Dialogue is imminent. “Right now I’m getting my name out there to as many schools as possible. It’s been crazy, but I think I’m a good time manager.” Getting his homework done first is a priority.

He looks forward to narrowing the college choices down to a handful. He’ll discuss options with his parents. Elliott said his mother, Suzanne, is “my rock, but she’s not the biggest fan of football. She doesn’t want me to get hurt. But she supports me in every decision I make.”

As for his dad, who coached him in youth football, “I owe him everything as a player and a man.”

Scott Elliott has been an offensive lineman since second grade. His love of the game, and his frame, have grown exponentially. Both factors are built into the family. It’s a journey the big kid with a magnetic way about him has grown quite comfortable with. The ceiling is high.

Harrison Gross caught three passes for 62 yards and two touchdowns and he blocked a punt.

The Warriors led 28-0 at halftime.

“Our defense played very well,” L-S coach Tom Lopez said. “Their quarterback is a very good scrambler and we didn’t give him enough room to run. Our defensive front seven played well.”

Fan of the Week- Millis-Hopedale 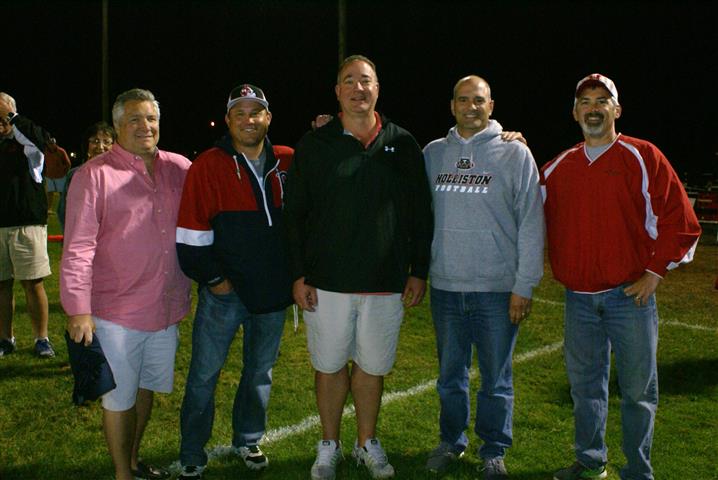 Player of the Week- Millis-Hopedale

Posted by Andrea Murphy at Sep 8, 2017 5:00PM PDT ( 0 Comments )
more editing options
This Week's Player of the Week- Mikey Nash.  Mikey broke the game open with a 2rd quarter 77 yard TD.  He had a great night in defense. Way to go Mikey! 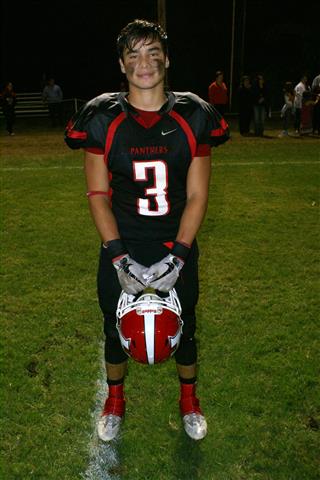 Picture of the Week- Millis-Hopedale 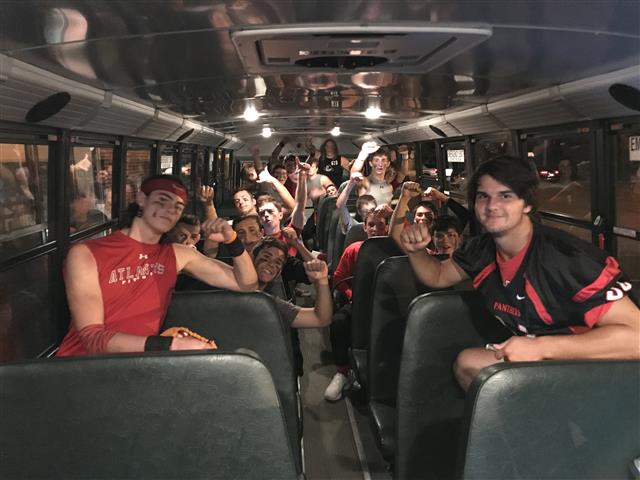