Posted by Andrea Murphy at Sep 13, 2018 5:00PM PDT ( 0 Comments )
more editing options
All Photo's are property of Janet Carmichel Ciummei of Northeast Pro Photo. Printing, Sharing or Sale of the images without the specific written consent of Janet Carmichael Ciummei is prohibited.
cancel

Posted by Andrea Murphy at Sep 13, 2018 5:00PM PDT ( 0 Comments )
more editing options
All Photo's on this page are property of Janet Carmichel Ciummei of Northeast Pro Photo. Printing, Sharing or Sale of the images without the specific written consent of Janet Carmichael Ciummei is prohibited.
cancel 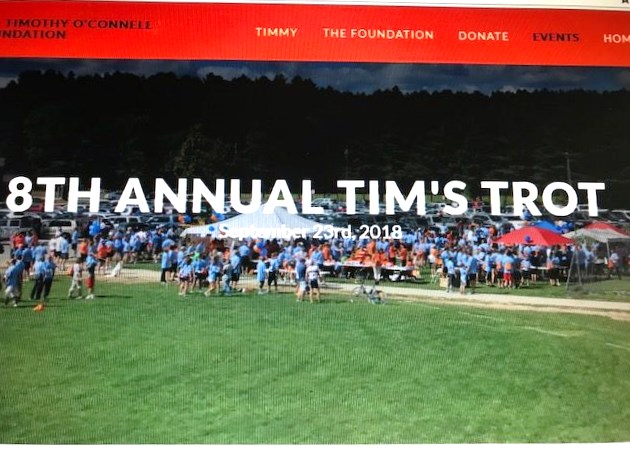 The goals are to start out strong and stay healthy and get the kids that are in new spots confident in their roles,” said Holliston coach Todd Kiley, now in his 16th year at the helm of the Panthers. “It’s all about getting everybody on the same page and clicking offensively and defensively.”

After a 2017 that ended in disappointment, the Holliston football program is determined to get back to its winning ways in 2018.

And with back-to-back state titles in 2014 and 2015 under his belt, head coach Todd Kiley has a wealth of success to draw upon to help his 2018 squad.

“It starts with the off-season training program,” said Kiley, who is in his 16th season as the Panthers’ coach. “The goals are to start out strong and stay healthy and get the kids that are in new spots confident in their roles. It’s all about getting everybody on the same page and clicking offensively and defensively.”

Holliston finished the 2017 campaign at 5-5 overall and earned a playoff berth in the Division 5 South sectional as the sixth seed before losing to Scituate 28-14 in the quarterfinals.

“We were tied with Scituate 14-14 at halftime and we were driving down the field in the third quarter,” said Kiley. “We got inside the 10-yard line and fumbled it away. And on the next play Scituate ran a trap play and they went the distance to go up 21-14.”

The Panthers never recovered from that dramatic momentum swing.

“We had trouble finishing good teams,” said Kiley. “That sort of thing happened to us often during the season.”

However, the 2017 season had its moments. Holliston defeated their main rival Westwood twice, once on the road 41-7, and then again on Thanksgiving 34-0.

“To beat Westwood twice was very rewarding for our kids,” said Kiley.

The Panthers lost leading scorer Jake Armstrong to graduation. His versatility and production will be difficult to replace.

The Panthers’ second-leading scorer, Brad Seymour, also won’t be back. He rang up 587 all-purpose yards and seven touchdowns.

Holliston will also miss the contributions of Alex Kelley. The middle linebacker and offensive guard was their top defensive player in 2017. In addition, offensive and defensive tackle Will Celorier graduated and will no longer be the stalwart presence he was on both sides of the ball.

Four-year varsity player and two-time team captain Scott Elliott will be looked upon to fill the gap at tackle on both sides of the ball. And junior running back and linebacker Dylan Ibbitson is expected to contribute.

Dylan is a very athletic, tough kid,” said Kiley. “He is fast and has a lot of savvy. He started for us as a sophomore running back last year (226 yards, 5 TDs).”

“Matt is doing great, he won the quarterback job,” said Kiley. “He’s a very good athlete with a great head on his shoulders. He is able to read defenses and we are going to utilize those strengths.”

Senior captain Will Crowley will play on the offensive line and the defensive line.

“Crowley is a workhorse — he’s strong and physical,” said Kiley. “He and Scott Elliott led the team in the off-season weight room work.”

Additionally, junior Dave Harding will be a presence at defensive end and junior Connor Mulvaney is expected to be a force at inside linebacker and tight end.

Keys to the Season

Kiley sees his team’s strength, speed, and overall athleticism as the factors that will give the Panthers an advantage in 2018. That and a balanced offense are the keys to Holliston bouncing back to being a postseason contender.

“We have speed and athleticism and good strength on defense,” said Kiley. “We like the strength test results we saw at the start of the season. They were as good as they have ever been. We feel good about our defense.”

The Panthers may have the athleticism and strength to power past some opponents, but Kiley knows there is more to winning.

“We are taking this season one game at a time, that is our mentality,” said Kiley. “First it’s all about the Larracey Bowl and taking care of business. Then we set our eyes on a tough team in Norton. One game at a time, never look to far in the future.”

Holliston opens its schedule at Norton on Friday night. 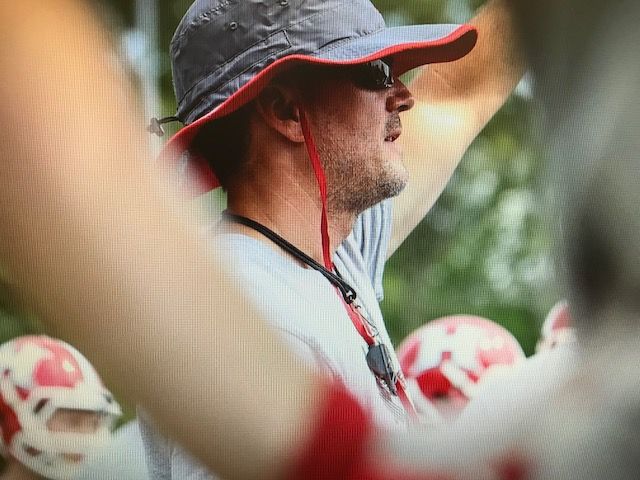