hide
hide
No announcements have been posted yet for THE FIGHTING 63RD. 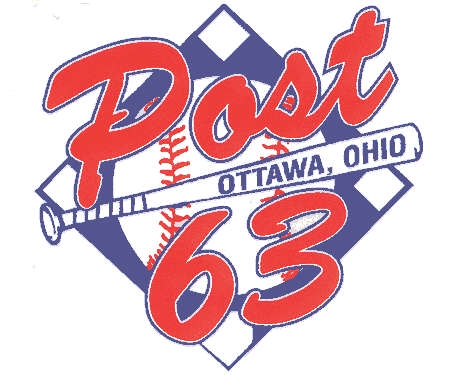 Birth of Ottawa Lrgion Baseball in 1930 at Beutler Field on You Tube..https://youtu.be/SfIxGyu7-Qw

The first Ottawa Memorial Park would be located east of Pratt Street and north of E. Fourth Street. Plans for the new park were unveiled in 1950 at a joint meeting of the Ottawa Kiwanis and Chamber of Commerce.  Co-Chairmen of the Park committee were R.E. Laudick and WC Toner. Norris Simpson was named the supervisor in charge of construction. The park would eventually include tennis courts, shelter houses, restrooms, playground equipment, and a lighted baseball field. Construction of the park was truly a community effort. Volunteers, young and old, cleared grounds of branches and trees. The local Ohio National Guard, led by Gale Bennett, joined forces with the Boy Scouts, led by Scoutmaster Ralph Reed. Weatherseal Inc.  pledged the material and labor to build a covered grandstand for the baseball field.

On June 21, 1965 Ottawa Mayor Ray Winkler informed the Village Council that Sylvania Electric had made a request to purchase the park site. Sylvania Electric proposed to build an 158,400 ft facility to manufacture color television tubes. Following some legal procedures, the property was sold for $16,000. A special farewell baseball game between the OG ACME team and Ottawa Legion was held at the park on August 1, 1965. Ottawa Legion Baseball GM Shorty Kreinbrink and OG Athletic Boosters president Bill Kruse organized the game and special closing ceremonies. Today, there is no trace of the old park, or ballfield on Pratt street.

Memorial Park was moved to its current location on Locust Street in 1966. Members of the Athletic Boosters, volunteers, and village employees began to dismantle and move as much of the park equipment as possible. This would include playground equipment, shelter houses, and the baseball field lights and poles.

On June 29, 2012 a derecho windstorm hit Memorial Park damaging shelter houses and several trees. The fierce storm also damaged the lights. Upon inspection it was determined that the 56 year old poles were rotted, and unsafe.

A lighting committee was formed in June of 2013 which eventually became the Memorial Park Capital Campaign Committee. The committee reached its goal in the Fall of 2017. Once again the community had rallied and come together for a common goal. The new lights were installed in the Spring of 2018.

History of Night Baseball in Ottawa

SUMMER 1950 – Plans for a new park in Ottawa were announced at a joint meeting of the Kiwanis Club and Chamber of Commerce. Eventually the new park would become the home Ottawa Legion Baseball, although the team would continue to play at Beutler Field until 1955, when the team played in Kalida.

The new park, named “Memorial Park”  would be located on Pratt Street. Co-Chairmen of the Park Committee R.E. Laudick and W.C. Toner enlisted several local citizens to lead various portions of the construction. Norris Simpson was named the supervisor in charge of construction.

The park would include tennis courts, shelter houses, restrooms, playground equipment, and a baseball field with lighting and a covered grandstand. Construction of the park was truly a community effort. Volunteers, young and old, cleared grounds of branches and debris. The local Ohio National Guard joined forces with the Boy Scouts, and planted 200 seedlings on the west side of the park. Weatherseal pledged the material and labor to build the new covered grandstand.

SUMMER 1955 – In summer of 1955, there were still no lights on the new ballfield. A shortfall of funds had caused the lighting system to be put on hold. That’s when local citizen Donald Doepker formed a new group, the Ottawa Community Boosters Club, with the stated goal of raising funds to light the new ballfield. Officers of the new club included Pete Hamilton, Alva Lanwehr, Hubert Beckman, Forest Hopkins, and Paul Schomaeker. Other members included Joe Ruhe, Frank Kahle, Bernard Ruhe, Reese Maidlow, Donald Weis, Alvin Felkey, Vyland Newland, Vic Goedde, Ray Conine, Bob Imm, and Louis Ball. The community rallied behind the group, and together they got the job done.

AUGUST 1, 1965 – Last game played at the ballpark on Pratt St before the move. A special farewell game was organized by Bill Kruse, President of the OG Boosters and Shorty Kreinbrink. The Ottawa Legion played the OG ACME team on a Sunday night. The evening included food, music, and a special farewell to outgoing OG School Superintendent Lester Smith.

SUMMER 1966 – Memorial Park and ball field are moved to its’ current location. 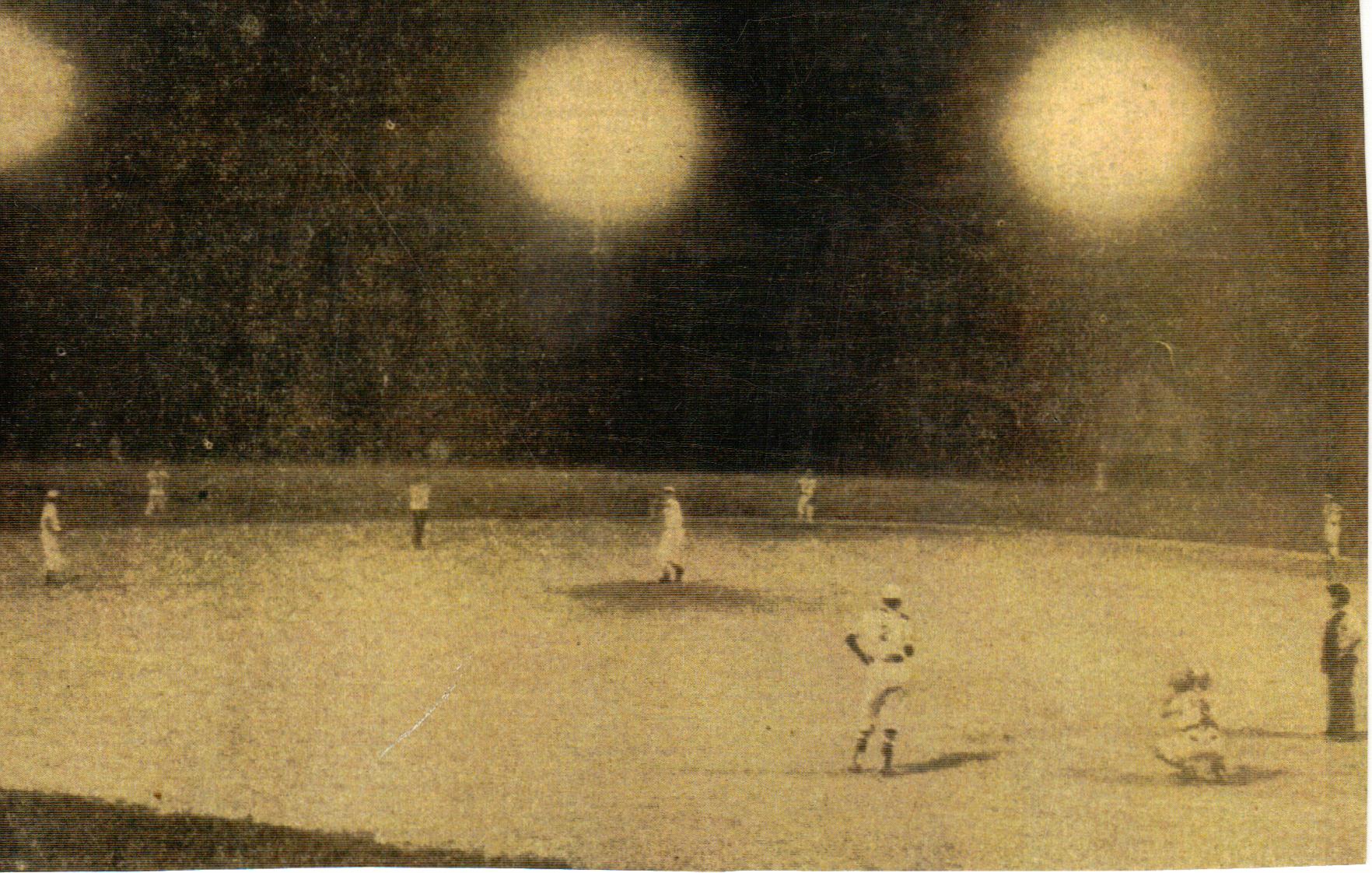 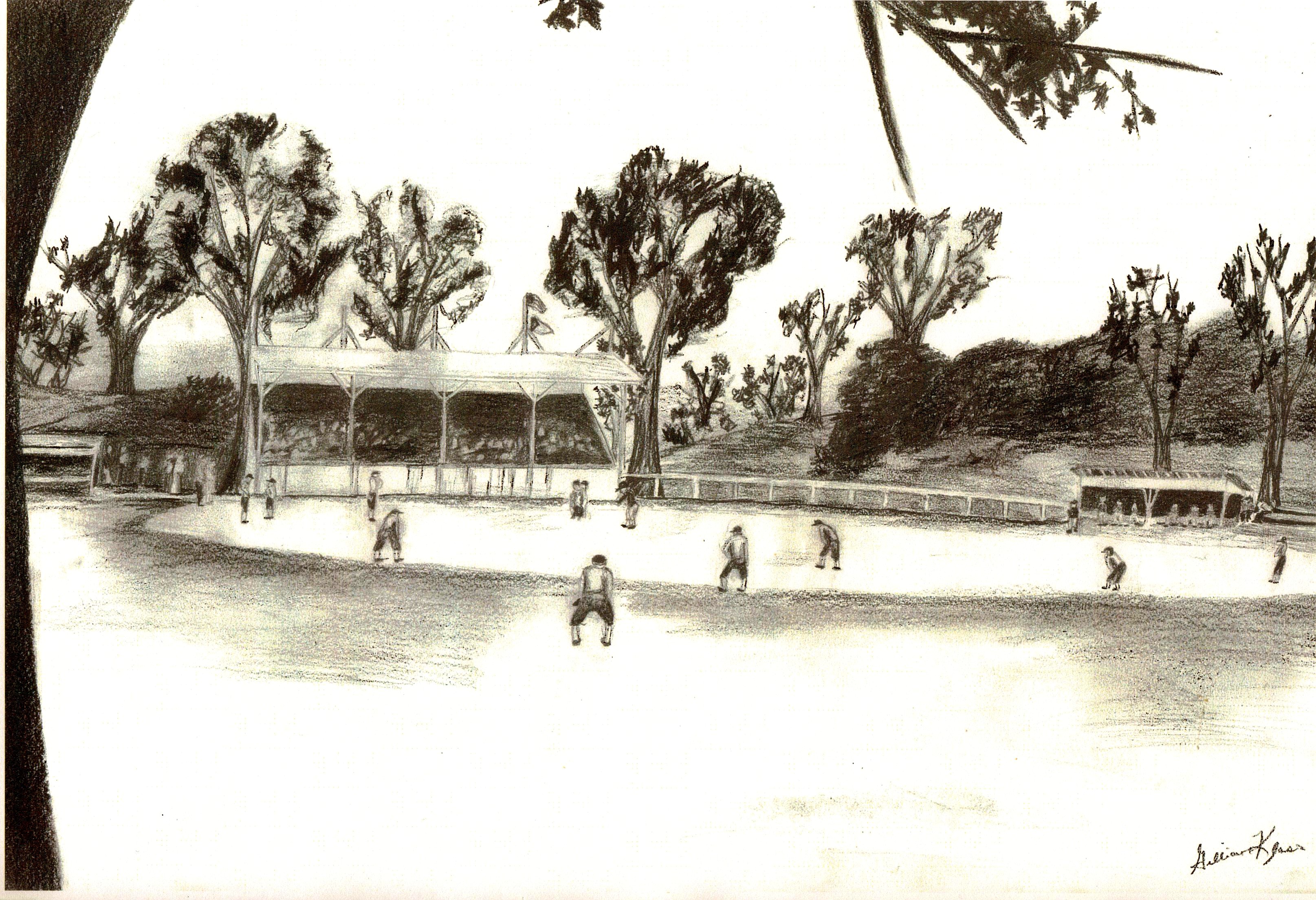 Baseball Is A Game...and it should be fun!

NEW SLIDESHOW -- Baseball Is A Game...and it should be fun!

Sons of The American Legion Squadron 63