In game one, Aidan Powers struck out 9 in 5 innings and George Grant threw 2 perfect innings as the A's took the opener 10-3 over the Brighton Sox.

Liam Powers, Chris Bucci, John Kostas and rookie John Foley led the offense with 2 hits apiece, while Brian Powers, Chuck Killens and Foley drove in 2 apiece. Foley and rookie Mike DeBesse and sparkling plays in the field at 2nd and 3rd, respectively, and Peter Moores gunned down a runner at 3rd to protect a 1-0 lead.

Game two saw Chris Bucci walk in the 6th, steal second and third and score the eventual winning run in a 6-5 squeaker for the A's on a freezing night at Ronan Park.

Andy Doyle went 2 for 2 with 2 walks in his return to the Thomas Club, while rookie Steve Lambert made his YBL debut and stroked a 2-run single. Bucci and Chris Malloy each scored twice for the A's.

The Al Thomas Club is excited about the influx of young, local talent to blend in with the time-tested veterans. The A's have added nine rookies, including seven 19-year-olds from Milton!

Tryouts (and practice for returning players) for the Al Thomas Baseball Club will be held this Saturday, April 26, 2008 at the Milton High School field on Gile Rd. in Milton from 5 to 7 pm.

Any player, aged 17 or older is welcome to attend tryouts. Players are asked to arrive early, dress, stretch and be ready to take the field at 5:00.

The team plays 32 games beginning in mid May, both on weeknights (starting times of 7:30 or 8:00) and weekends (varying starting times from 1:00 on). Players must attend a minimum of 17 games in uniform and play in a minimum of 5 games to be eligible for the playoffs. There is an exception for pitchers, as they must attend 8 games and accumulate 32 innings pitched to qualify for the playoffs.

Players attending the tryouts (and practice) should know up front that making the roster is no guarantee of playing time. We try to be fair and as accomodating as possible, but often times scores dictate flexibility in playing time. We are in this as a team, and everyone should be prepared to do what it takes to help the team be successful.

On Friday, April 4, the Al Thomas Baseball Club held its annual Hall of Fame Awards Night at the Neighborhood Club in Quincy, MA. In addition to various team awards, the evening was highlighted by the inductions of Andrew Campbell (posthumously) and Larry Fennelly into the Club's Hall of Fame.

News Anchor Bob Halloran of Channel 5 served as the featured speaker for the event, treating  the audience with his unique perspective of Boston sports and sharing several interesting stories. Halloran also talked about and signed copies of his latest book, "Irish Thunder, the Hard Life and Times of Micky Ward", the story of Lowell's highly touted boxer.

A crowd of 125 people graced the ballroom at the Neighborhood Club, with fans of all ages mingling with players past and present. Manager Joe O'Hara emceed the gala, recapping the season and honoring Fans of the Year Bill Barrett, Dave McCarthy and Jack McCarthy with the first awards of the night.

Over fifteen members of the Al Thomas Club Hall of Fame were in attendance to pay tribute to the 2008 class, which consisted of two men who were not your prototypical all star-hall-of-famers types.

The family of Andrew Campbell was on hand to accept the induction in honor of him posthumously. Andrew served as coach with the team for two years, displaying a passion and love for the game that is unparalleled.

Andrew Campbell made our passion look like disinterest. He wasn’t the most talented player around, and he wasn’t going to win any races, but his determination to learn, improve and succeed was phenomenal. All he wanted to do was be involved with the game. When he started coaching, he just wanted to learn, to get better, and to win, not because he was obsessed with winning,  but because it meant he had done well at coaching. He loved coming to games, talking about games, wearing the uniform. After the games, he wouldn’t take his uniform shirt off for hours. He wanted to absorb every second he could.

We miss his smile, his energy, his determination, and his unyielding loyalty as a teammate and as a friend. He would do anything needed to help the team or any individual player. He loved getting to know some of the umpires. It was a whole new world for him. Talking with the umpires instead of yelling at them. He loved the concept, and enjoyed the respect he received back from the umpires. He was a great teammate whose enthusiasm and love for the game were very contagious. It is unfortunate that Andrew was taken from us prematurely, but he will always be in our hearts and thoughts, and he will always be a member of the Al Thomas A’s.

Larry Fennelly is the epitome of Al Thomas Baseball. He wasn’t the most gifted athlete in the world, but long ago, he studied up on what it meant to be an Al Thomas player, and he perfected the role and made it his own.  His first few years, he struggled as a hitter.  But then something happened gradually, and he kept working at it, and then he found his calling behind the plate.  It was where he belonged. He became ‘the guy’ to warm up the pitcher before the inning, or on the side. He did this non stop, game after game, year after year. No hesitation, no questions asked, never complaining about playing time, in fact always volunteering before you’d have a chance to think about it. He loved catching. He became infamous for warming up pitchers without a mask, and he paid dearly for it many times. Broken noses, shattered teeth, and fat lips were common occurences.

Larry spent several years as our starting catcher, and he evolved into a tremendous game-caller, catching 2 no-hitters.  During his last few years, Larry caught nearly every game, whether it was freezing cold early in the season, or scorching hot in July. And most games, he had already put in a brutal shift delivering for UPS, so he showed up exhausted. But on went the shin pads, and away we went. He had a responsibility, and he owed it to the team and Al to fulfill his duties, because that’s what Al Ball was all about – strapping it on, sucking it up, playing in pain, playing in agony; just playing.

He kept working hard and turned himself into a .300 hitter, earning all star honors at one of the last YBL all star games played at Fenway Park. Of course he warmed up every pitcher, and just to make the story legendary, he singled in his only at bat for a 1000 batting average at Fenway Park.

Larry was very proud to wear the uniform, and he always tried to pass that pride on to younger players. A consummate teammate who never took one moment on the field for granted, Larry consistently showed what Al Thomas ball was all about. Unselfishness, commitment, respect for the game and anyone else playing it, determination, dedication, integrity and loyalty. We are proud to induct Larry Fennelly into the Al Thomas Club Hall of Fame. 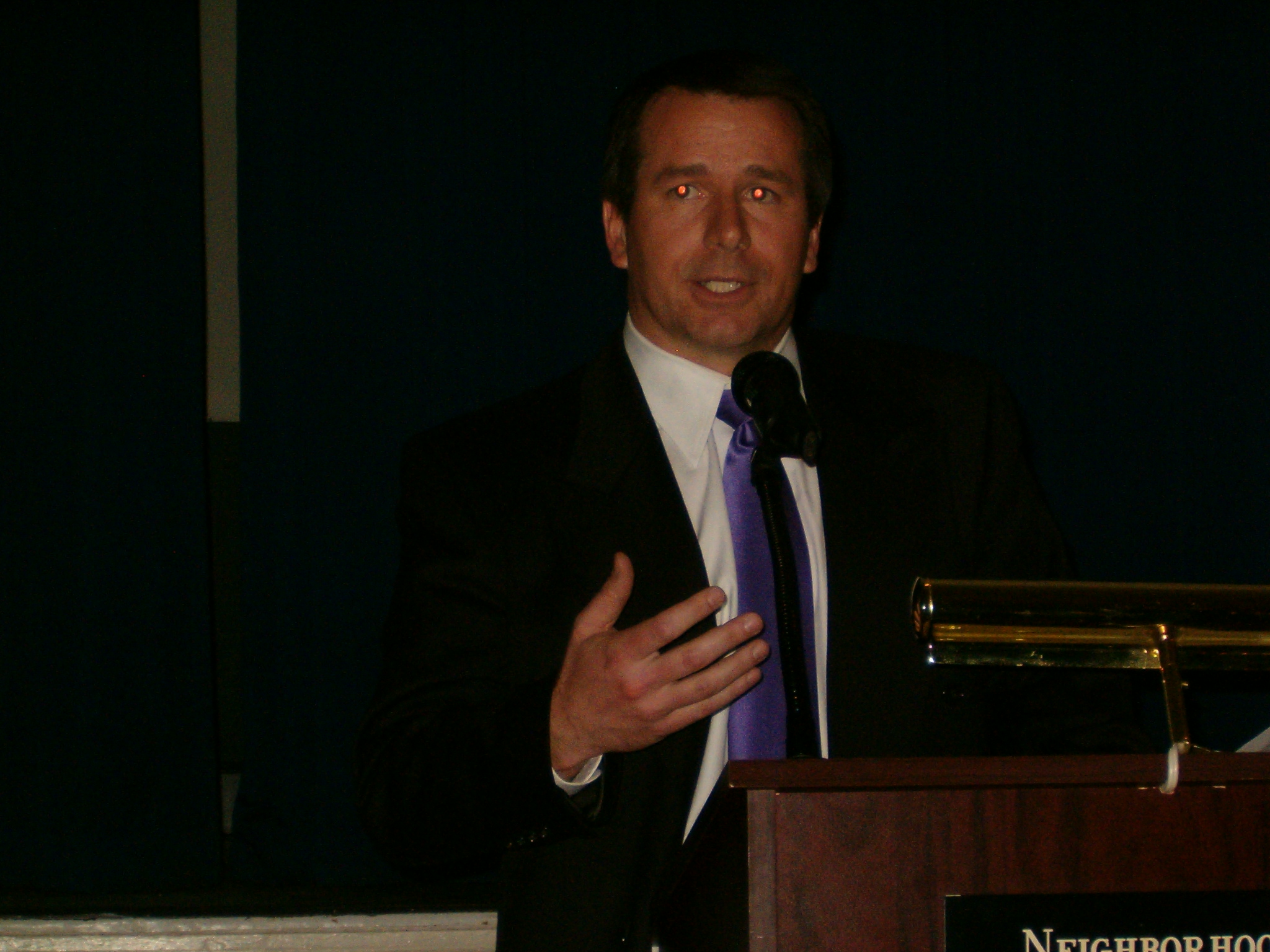 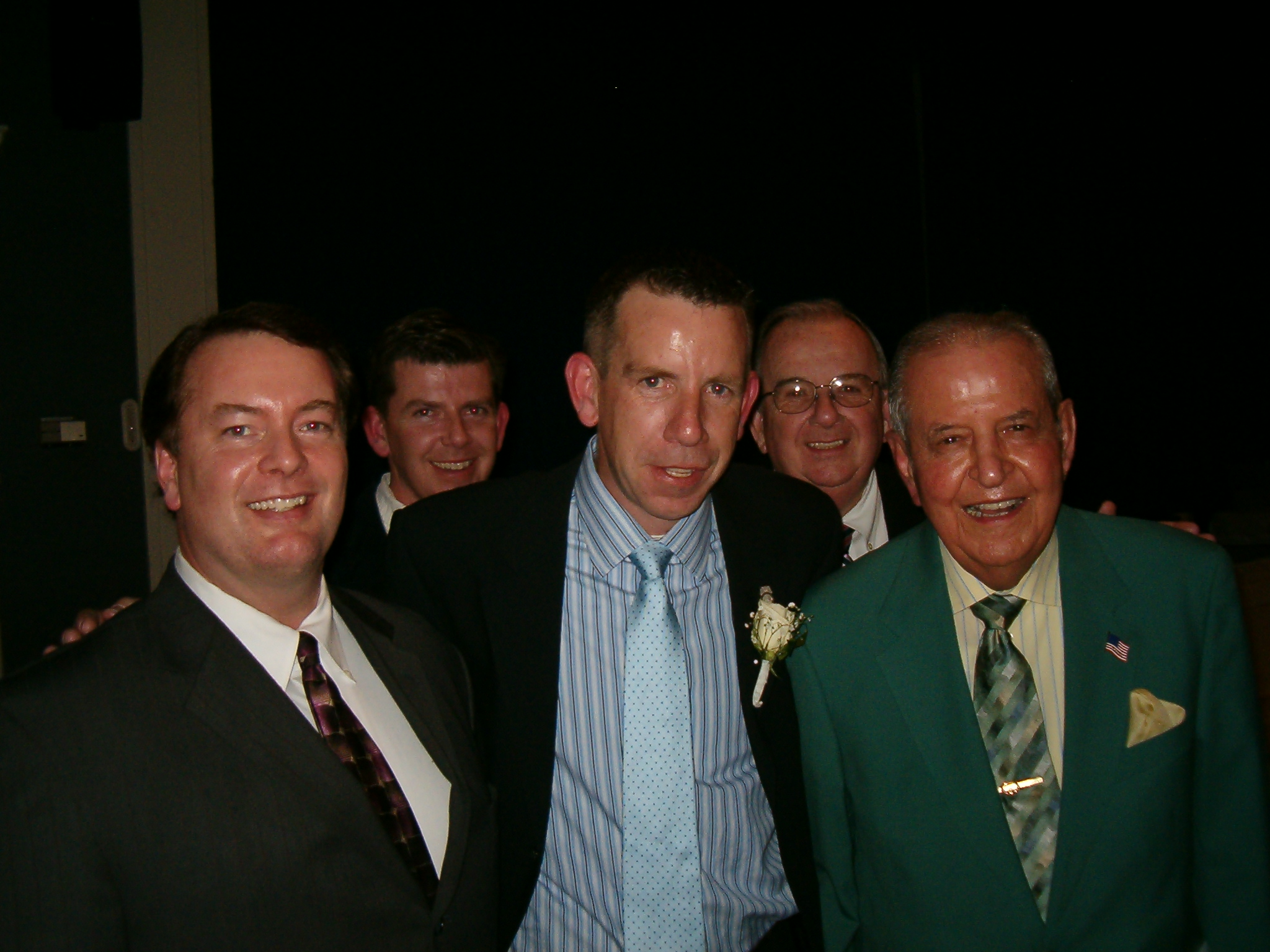 The Al Thomas Athletics battled through a difficult season to win 4 out of 5 games in a 5-day stretch to win the Tarpey Conference in a fierce race against rivals West Roxbury, South Boston and McKay Club.

Finishing with a 20-14 mark, the A's captured their 14th division championship and the third seed for the 2007 playoffs. Although the defense was marginal at times, the Thomas Club led the Yawkey League in team earned run average for the second time in three years.

Posted by Joseph O'Hara at Jul 25, 2007 5:00PM PDT ( 0 Comments )
more editing options
The Al Thomas Club had four players named to the Yawkey League All Star team for 2007. Aidan Powers earned his 6th all star berth; Chris Bucci picked up his 5th such honor, while Mark Daly and rookie Bobby Barrett became all stars for the first time. Manager Joe O'Hara was named to the coaching staff for the 12th time. 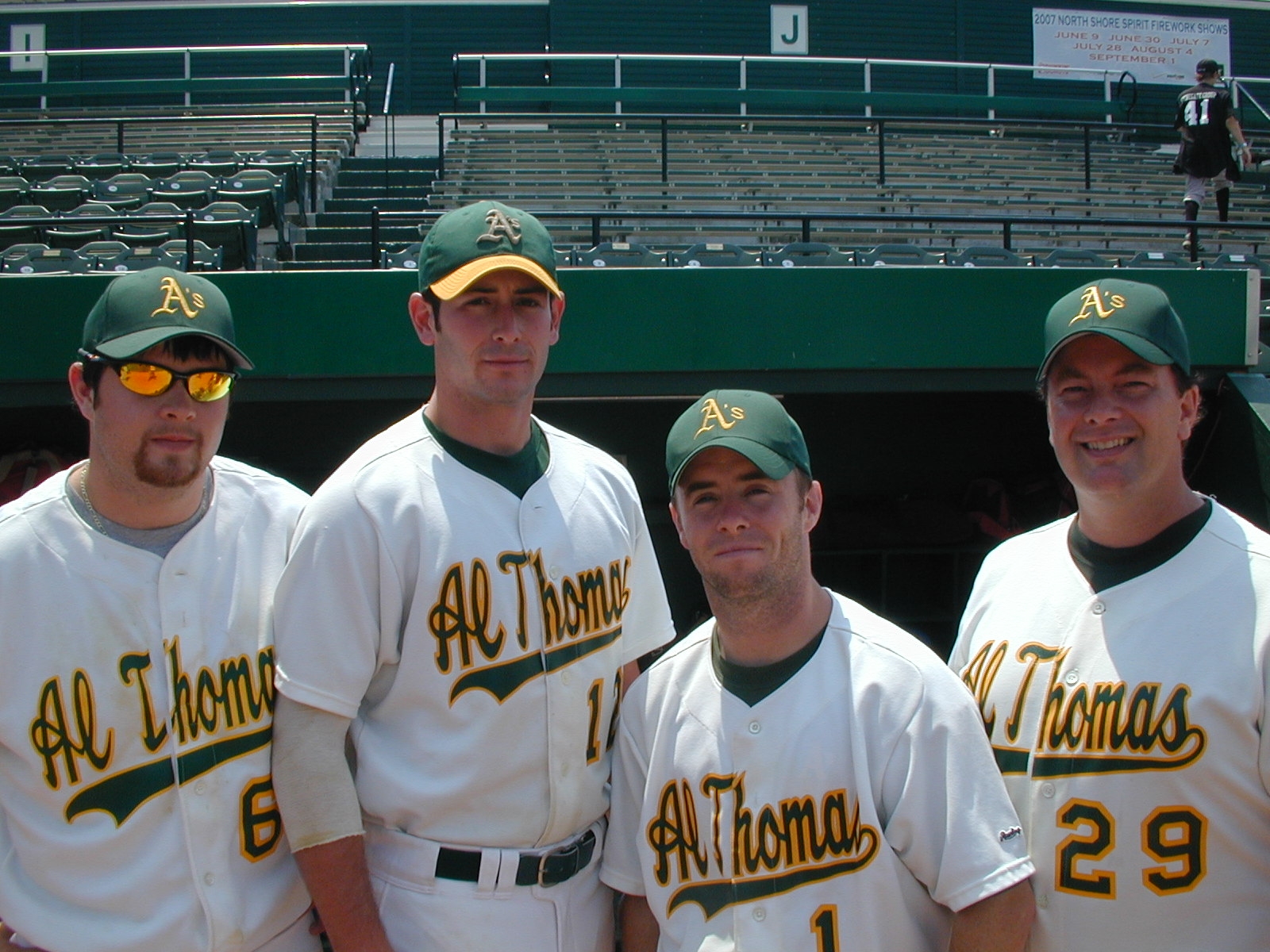