The Yawkey Baseball League was invited to Nashua, New Hampshire in June to play an all star weekend series of baseball against the U.S. Military All Star team. The U.S. team travels around the world, seeking the best competition amongst baseball leagues and organization.

The Al Thomas Club had four representatives in the games: manager Joe O'Hara and players Ryan Stoller, Ricky Salvucci and Steve Lambert. Brendan Wheeler was also selected to play, but was unable to due to job commitments. All three players made sizeable contributions, but O'Hara and Salvucci continued championship play following the game by defeating all oncomers in fierce dart competition, ending the evening with victories against all nine challengers.

The all star games were played at historic Holman Stadium, former home of the Nashua Pride of the Independent Baseball League. 2009 marked the third year that the YBL has been invited to play the military team, which consists of all branches of the armed forces. 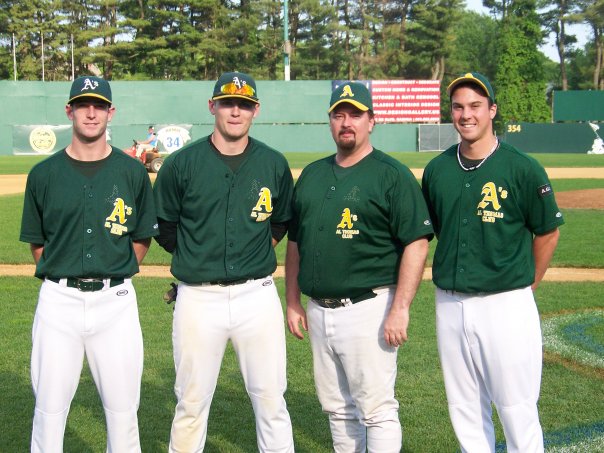