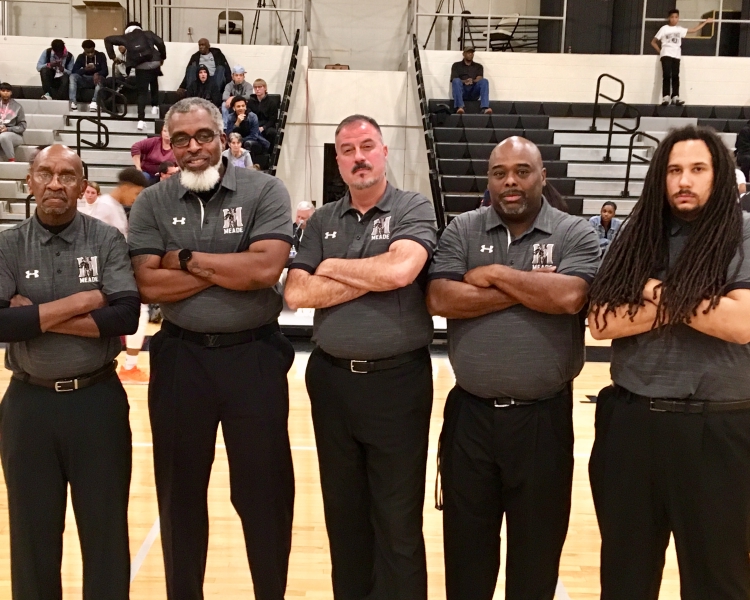 If Meade High’s Mike Glick’s 26-year basketball coaching career were a river, it would be the Potomac, long and winding across the region.

Glick has more than 500 wins at Gwynn Park High during his 12 years at the school. Before then, he coached at Archbishop Spalding High (Anne Arundel County) and St. Vincent Pallotti (Prince George County.) He helped boost 45 players to Division I scholarships.

He also spent time as a college coach, assisting at Montgomery College-Germantown and Columbia Union College.
Now, a teacher at Meade, Glick recently led the Mustangs to the Class 4A Region finals.

Here are three things you might not know about him.

Before playing basketball at St. Mary’s College of Maryland and coaching, Glick helmed The Midnight Sun. The high school newspaper at Robert E. Peary High School [Montgomery County] was named in honor of the man widely credited with leading the first expedition to the North Pole.

While Glick was coaching college basketball in the 1990s, the head basketball coach job opened at Pallotti.
Glick, then 26, believed he had no chance of getting the job, but he talked to a friend and fellow baseball umpire, Steve Walker. Walker, who become Pallotti’s school’s athletic director, promised to at least get Glick an interview.
“I went in … all nervous, trying to do the best I [could] and I got hired for one reason," Glick said. "My [former high school] principal was the principal at the school.”

Richard Dumais, who had been diagnosed with cancer, resigned from Pallotti two weeks after hiring Glick. He wrote to Glick, “The last thing I’ll ever do in my career is give you a chance. I always saw something in you.”

Rudy Gay was not Glick’s only NBA product. Rudy Gay is unarguably Spalding’s most famous athlete graduate. Before a 14-year NBA career, playing for four teams, Gay played for Glick.

Gay is not Glick’s only former player to make it big.

Jerome Williams, who was coached by Glick, was drafted in 1996 by the Detroit Pistons and accumulated 11 years in the NBA by “rebounding his ass off.”