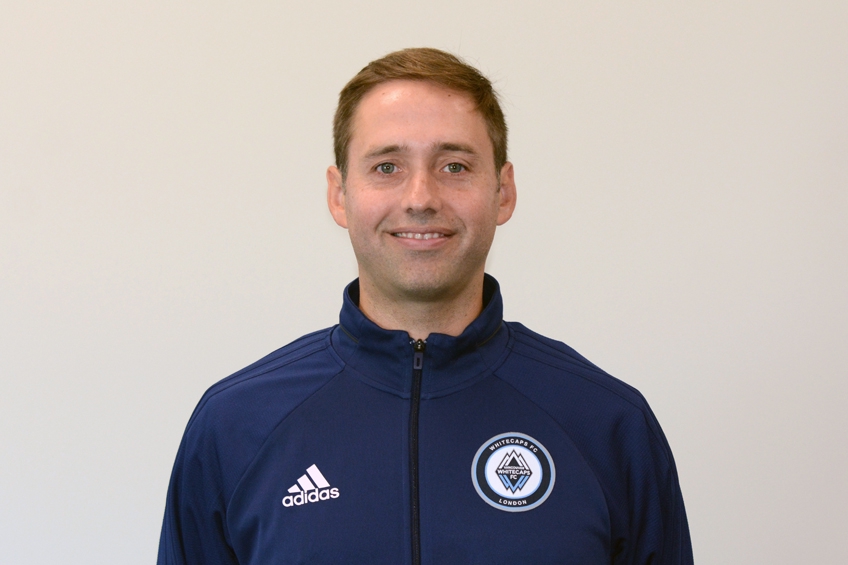 Rob started his Fanshawe career as a student-athlete from 2001-2005 as part of the Men’s Soccer team. He won two OCAA bronze medals in 2001-2002 and 2003-2004. In 2004-2005, Pereira was named Male Athlete of the Year, West Scoring Champion, OCAA All-Star, OCAA Scoring Champion and a CCAA All-Canadian. He became Associate Coach for the Men’s Soccer team in 2005 and then Assistant Coach from in 2010. In 2015, he took over the position of Head Coach, when he was named the OCAA West Division Coach of the Year, Overall OCAA Coach of the Year, as well as the CCAA Coach of the Year Nominee. His team won the OCAA bronze medal in 2015-2016.

Rob Pereira has been coaching soccer since 2005 both outdoor and futsal. He has been coaching the past 3 years with London Youth Whitecaps and joined Whitecaps London in 2018 as 2005 OPDL Boys Head Coach. Rob has previously coached in the W-League, OYSL, WRSL and currently in the CCAA as the Head Coach of the Fanshawe College men’s soccer team. Rob currently holds a CSA National B License.