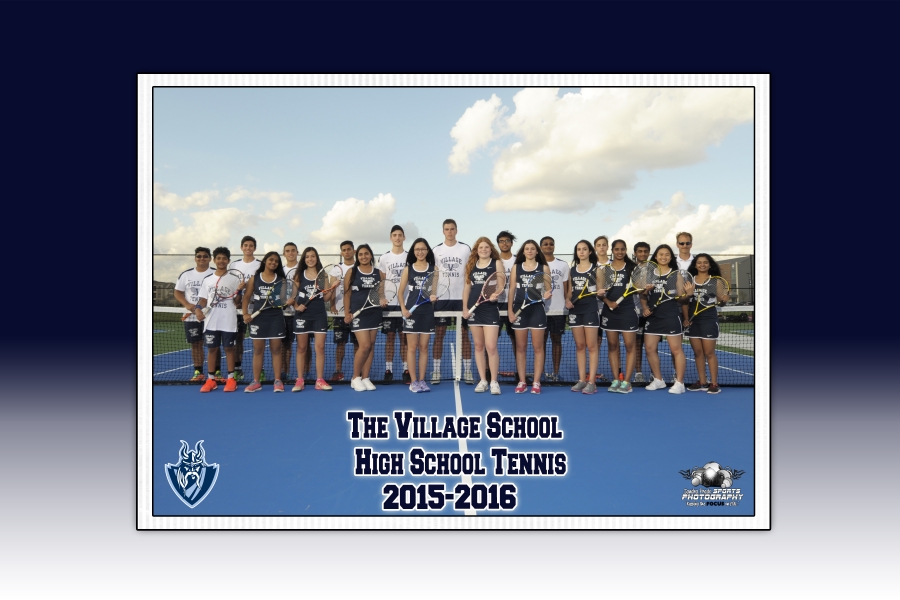 Our regular season has ended, and we are now in a period where we can hold off-season practices. Since this will be our last posting for some time, it is a good opportunity to recap the season.

The season’s biggest news for all Village tennis players, coaches, and administrators was getting courts built on-campus! In late February we held our first practice on the new courts and ushered in a new era in tennis at The Village School. In addition to student practicing/playing, Village will also eventually host adult league play and offer private lessons for our community.

For the high school team’s season, our overall W-L record was 52-46. Our boys team made history by capturing the first district championship in Village history. And four boys — the most in VHS history — qualified for the State tournament. We look forward to next year’s arrival of some fine rising 8th grade players, and we also say so long to a large number of senior players. As a coach, saying goodbye to our senior players as they begin their college careers is always the most bittersweet time of the season. We will get a chance to gather one last time in celebration at the Spring Banquet (VESPY Awards) on April 30th, and we will surely hit some tennis balls a few more times before school ends in May. So until next time: play the first good one…