hide
hide
No announcements have been posted yet for Giants. 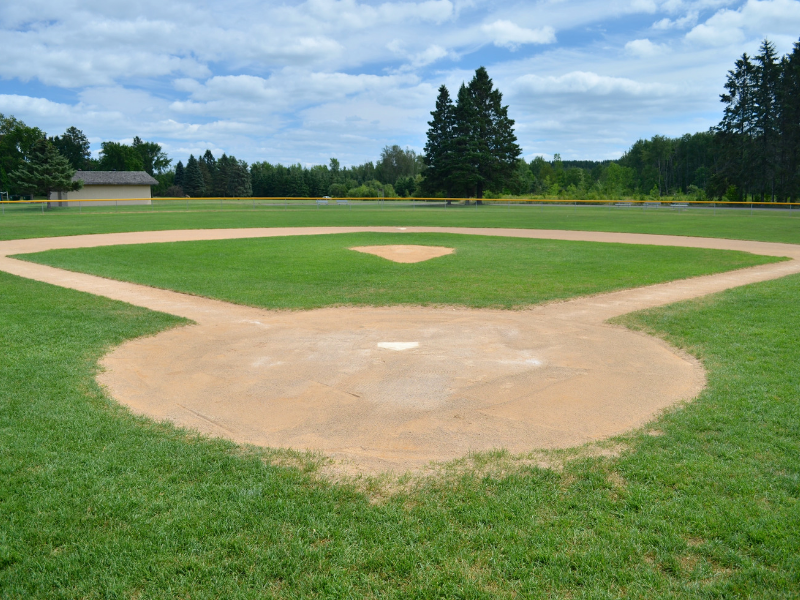 North Reading Little League is excited to be offering a 50/70 baseball program in the spring of 2020 that is open to ALL 13-year-old players. The season will run mid-April through the end of May and include approximately a dozen games.

This is a great opportunity to help transition youngsters to the larger diamond as they continue their baseball development. An added bonus of this program is Williamsport (All-Star) eligibility for the 13-year-olds.

North Reading Little League has opened registration for the 2020 spring season. We offer fun, instructional, and competitive baseball leagues for boys and girls ages 4-16, and welcome returning players, new players, and those who’ve taken a year or two off from the game. We want to see you playing ball at Benevento Park next spring.

Learn more about North Reading Little League and all our programs by visiting www.nrll.org.

In addition to registering your son/daughter, you can volunteer to coach by clicking on the link.

Note: To coach, you must select volunteer or we won’t know you are interested. This is separate from the background/Sex Offender process. That link is sent once the Board approves all the coaches. 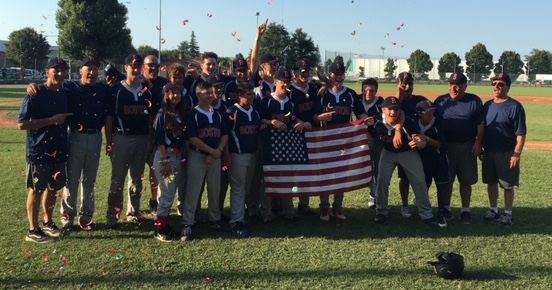 Nick Ciardiello, Ryan Baker, Jared Macdonald, Sam Morelli, and Zach Rosatone played for the squad — which was coached by NRLL Player Development Director Marco Vittozzi and NRLL Board member Jim Demetri — that capped its title run with a 12-6 victory over the Czech Republic in the final. Also on the squad was Claudio di Ronza, who played for Team Italy in this year’s Little League World Series in Williamsport. 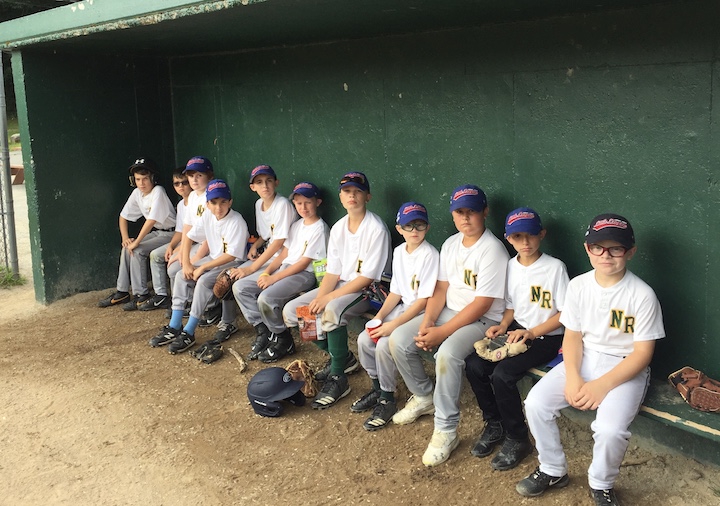 The North Reading Little League Hornets put on their game faces on August 3 and brought home the 2019 Jimmy Fund 9/10 Year-Old District Championship title by defeating the Wilmington Wildcats, 13-8, on a beautiful morning for baseball at Weafer Park in Woburn.

Inspired while lined up on the infield before the 1st pitch by a stirring rendition of The Star Spangled Banner over the loudspeaker – and following an epic win-or-go-home extra-inning battle two days earlier – this resolute team of gamers completed another stunning comeback in front of some raucous home-grown NR traveling fan support.

Sparked by gritty pitching and a lock-down defense, the stymied offense was allowed just enough opportunity to come alive over some tense middle-innings that saw emotions run high, with solid contributions up and down the lineup and aggressive running on the base paths to turn an early five-run deficit into the five-run margin of victory.

This hard-earned “W” capped a fun summer of baseball for the nearly 100 North Reading kids ages 8-12 who competed in three separate divisions against neighboring towns through the Jimmy Fund Little League regular season and playoffs. NRLL also ran the Jimmy Fund Sandlot Series for nearly 50 young ballplayers in the 4-7 year-old range – all while supporting a great cause that is still taking donations through September 13 to help Take a Swing at Cancer.

Thanks for all your support! 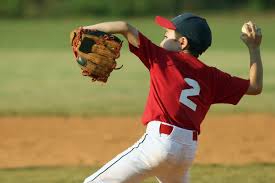 In addition to splendid weather, a New England autumn offers an ideal opportunity for young ballplayers to hone their skills and get a jump on the next baseball season. With that in mind, North Reading Little League and the North Reading Diamond Club are sponsoring fall baseball programs for youngsters who will be baseball ages 5-16 in 2020.

For those who will be ages 9-12 (Small Diamond) and 13-16 (Big Diamond) in 2020, the Diamond Club has seven-week programs that include weeknight practices and weekend games against local opponents. These programs are ideal for all players looking to develop their skills as well as those making the jump to the Big Diamond. The season starts in early September and the cost is $300.

For those who will be baseball ages 5-8 in 2020, NRLL is conducting a six-week instructional program that includes one weeknight practice per week and a game/clinic on Saturdays at Benevento Park. The season starts in early September and the cost is $125.

Registration for the NRLL program is online at:

If you have questions or problems with signups, please e-mail Mike Correale at mcorreal@comcast.net. Please use your username and password you used for the 2019 Spring Season Signup.

We look forward to seeing you on the baseball diamond this fall!