The Bucks Brown JV, formerly the Jaguars Pee Wee, will begin play this August as BYFA begins their 20th Season of football and first as memebers off the Lake Erie Youth Football League. The age group has changed at this level from 8 and 9 year olds to 9 and 10 year olds. With the change the JV Squad will consist of mostly players from last year's Pee Wee Squad who will move up and play at this level and a couple new comers. Travis McCourt, who came aboard as an Assistant Coach last year, takes over as Head Coach. He will be joined by Assistant Coaches Eric Berthold, Kreig Boyer and Mike Knapp, who also come back to coach after a couple seasons. Their Team Mom will be Melissa Berthold who was the Pee Wee Team Mom last season. We are looking forward to the New Name, New Uniforms and New League! 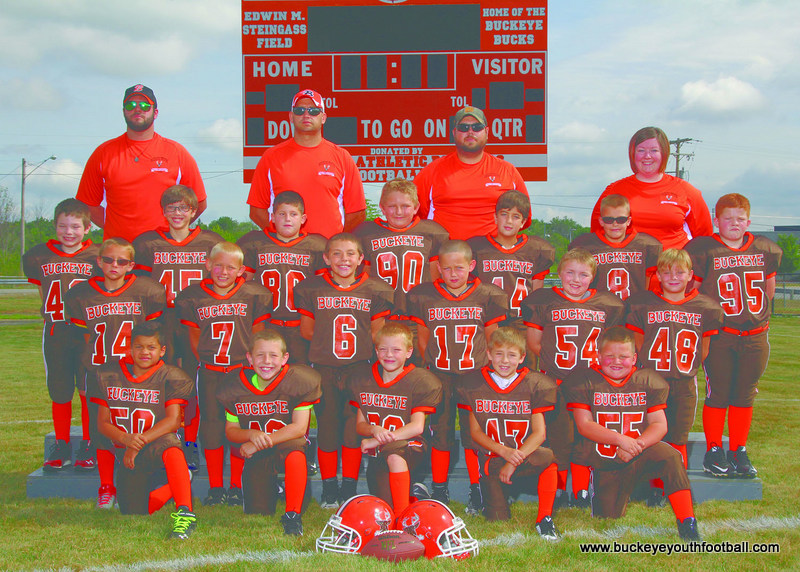