Posted by Dave Rea at May 4, 2019 5:00PM PDT ( 0 Comments )
more editing options
The Jaguars Pee Wee Squad completed their 7th and Final Season of play at the conclusion of the 2014 Season. They finished with a 30-27-4 overall record. This Division keeps score but does not have Playoffs or a Championship. The Pee Wee Division was created prior to the 2008 Season and contains 7 & 8 year old players. Up through 2007 the 7 year olds had been in the Flag Division and the 8 year olds had been in the JV Division. This division is designed as a bridge between the Flag and JV Divisions.

It allows for a coach to be on the field on both Offense and Defense to instruct and teach during a game as well as in practice. We keep score in the games, however there no standings, playoffs or championships. The idea here is everyone plays, they play different positions and the coaches help them to learn about tackle football and prepare to move to the JV Division when they turn nine. 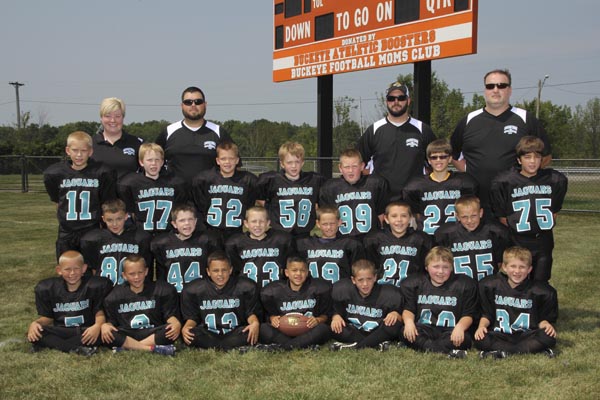 Posted by Dave Rea at Aug 8, 2014 5:00PM PDT ( 0 Comments )
more editing options
The 2014 Season will have a change in coaches in it. Eric Berthold who was an Assistant PW Coach last year will now be the Head Coach. He will have as Assistants Brian Walti who is a second year coach moving over from the Panthers Flag squad, first year Coach Chuck Waddell and first year coach Kreig Boyer. Melissa Berthold is back as Team Mom for her second season in addition to being the Jaguars Flag Cheer Coach. So far it's looking like it's going to be another good season for this squad. Bring on 2014, LET'S GO JAGS!!! 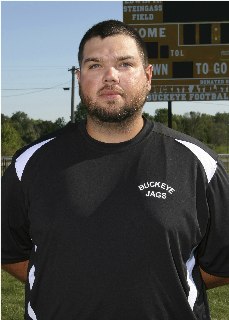 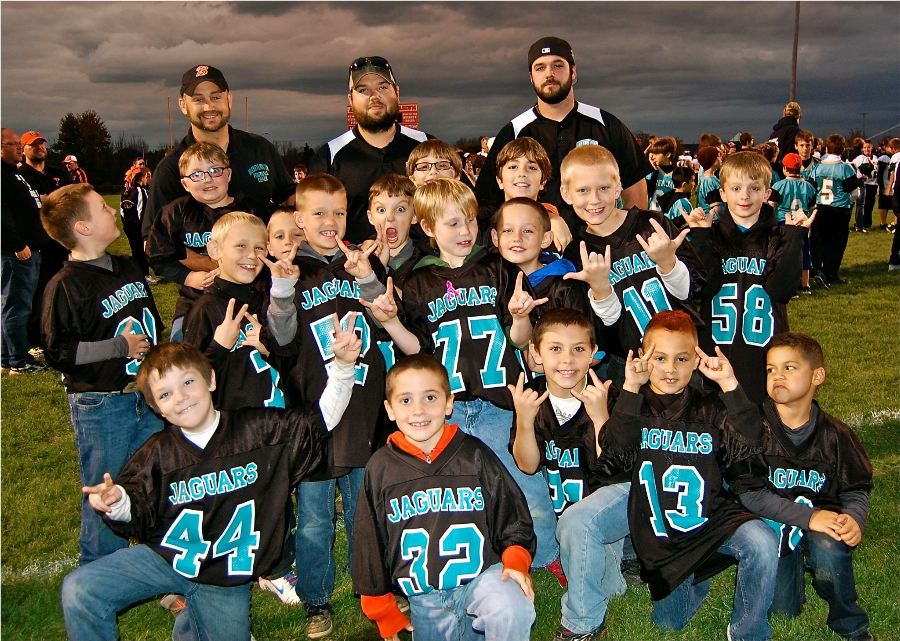 Posted by Dave Rea at Jul 11, 2013 5:00PM PDT ( 0 Comments )
more editing options
We would like to thank outgoing Head Coach Paul Schnepp for his time and commitment to getting the Pee Wee Jags ready to go ever week as they learn the game of Tackle football in a transition from Flag Football. We also want to thank the Assistant Coaches Shane Metter, Eric Berthold and Tom Grabowski for the help and instruction they provided during practices and games in 2013.

Thanks also to first year Team Mom Melissa Berthold who jumped in and did an fine job helping with all the duties given a Team Mom during the season including getting information out in the form of emails! GO JAGS!! 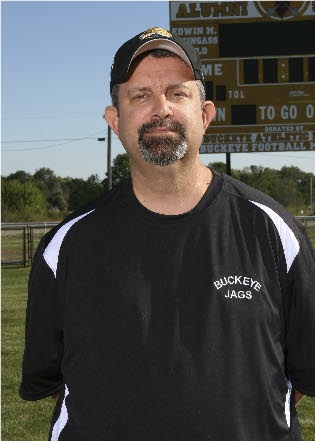 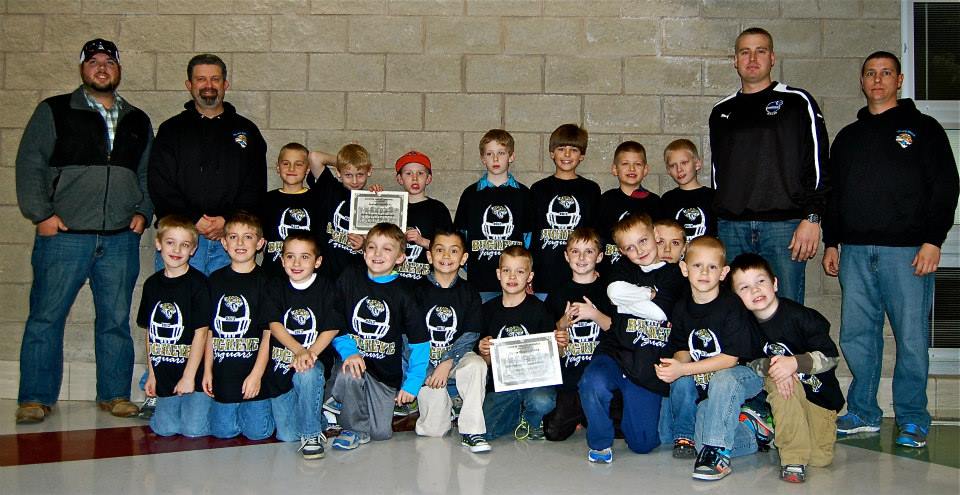 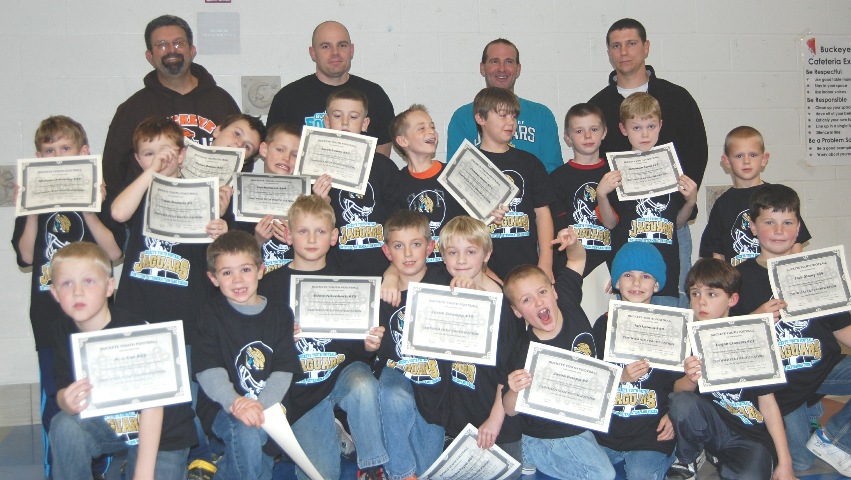 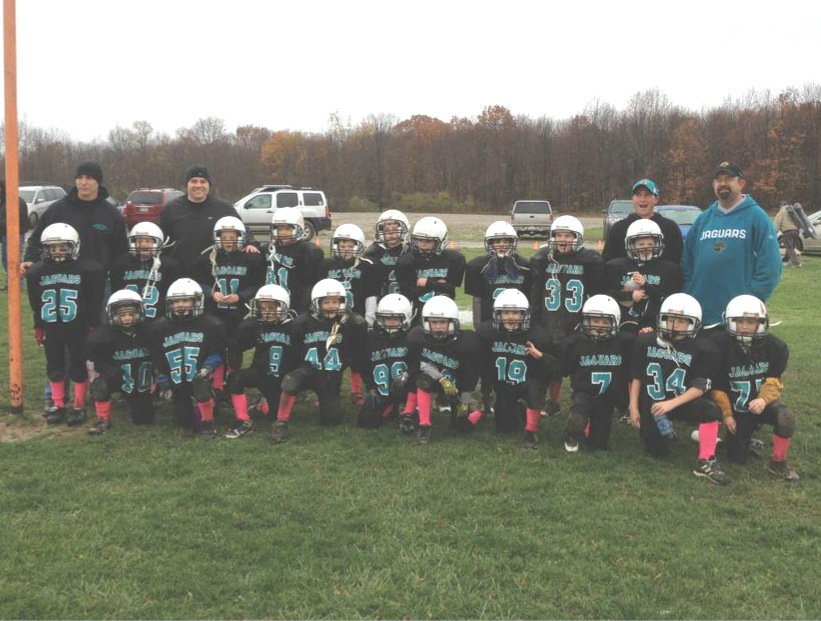