hide
hide
No announcements have been posted yet for Strathmore Community Football Association.

The Strathmore Community Football Association (SCFA) operates three football programs in the Strathmore, Alberta area. The SCFA has been in operation since 1998, when the Senior (High School aged) team was started; in 2000 the Bantam program was initiated, and the Pee Wee program started up in 2009.

As had been discussed for a few years, to improve our IDENTITY and BRANDING, and to better define the separation of the Strathmore COMMUNITY Football Association from other area establishments:

The Senior Football Program saw changes for 2015, the Senior team became a community based program, open to everyone. Eligibility is open to ALL students 19 or under on Dec 31 of the current year, taking HS courses. Changes to SCFA Senior eligibility had been discussed for numerous years, this change was facilitated to have the Senior team better service ALL participants of our Bantam and PeeWee programs.  In 2015, the Senior Program participated in the Mountain View Football Conference (MVFC), a non ASAA, 9 Man football league, for highschool aged players.

The Bantam Football Program participates in the Central Football League of the Alberta Minor Football system. The Bantam team is a community based Program, open to everyone. Eligibility: Bantam Football is defined as football where players are 13 to 15 years old as of December 31st of the calendar year of which they play, and in Grade 9 or lower (Grade 10 must play senior).

Posted by Melinda McInnis at Oct 11, 2018 5:00PM PDT ( 0 Comments )
more editing options
Badger Cards have been out with the players for a few weeks now and are selling fast! Blitz Night is scheduled for Oct 17, 2018 starting around 6 pm, watch for the players out and about. If you have any questions please contact Melinda at 403-921-1612.
cancel

Get fitted for your 2018 Badger Apparel Sept 4th or 6th

Sept 4th and 6th from 6-8 pm Kristina from Kristina's Kreations will be available at the field for sizing of our 2018 Badger Apparel. Payment in full must be made before orders will be placed. The cut off for ordering will be Sept 10th at 8pm. If you have any questions please contact Melinda at 403-921-1612. 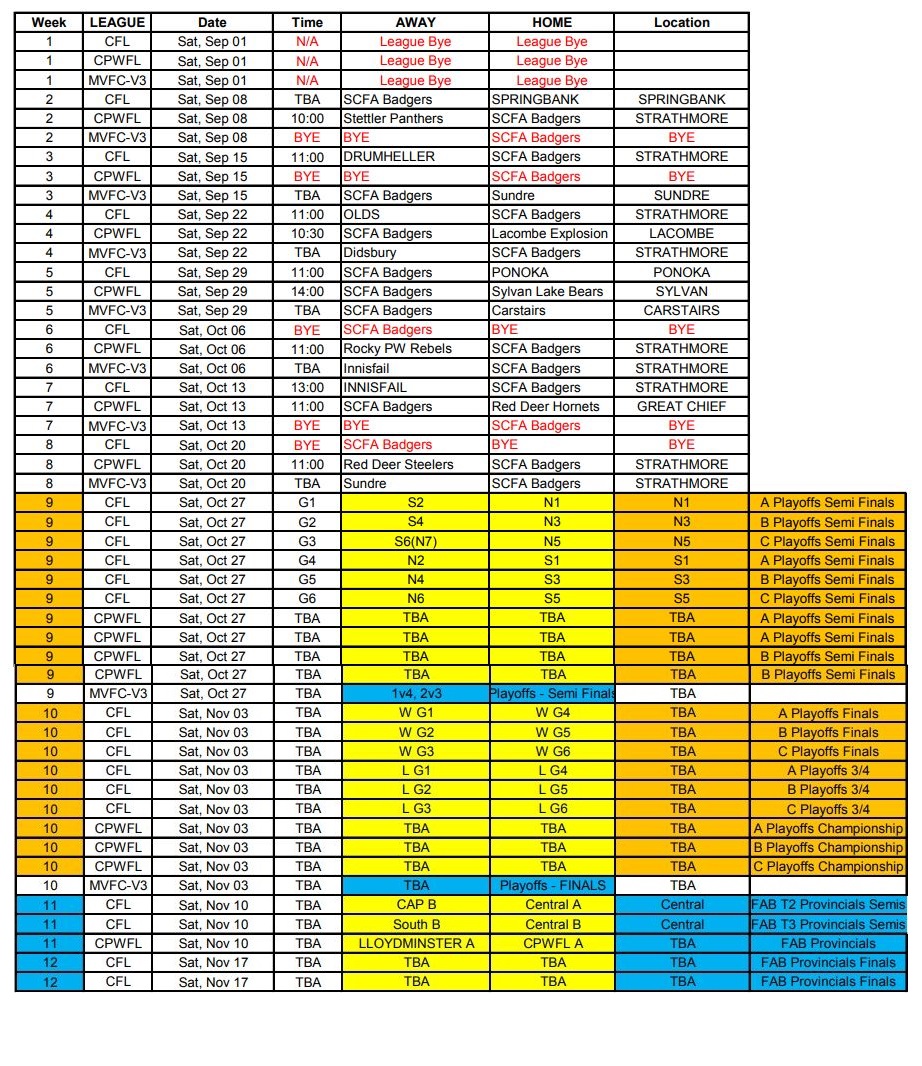 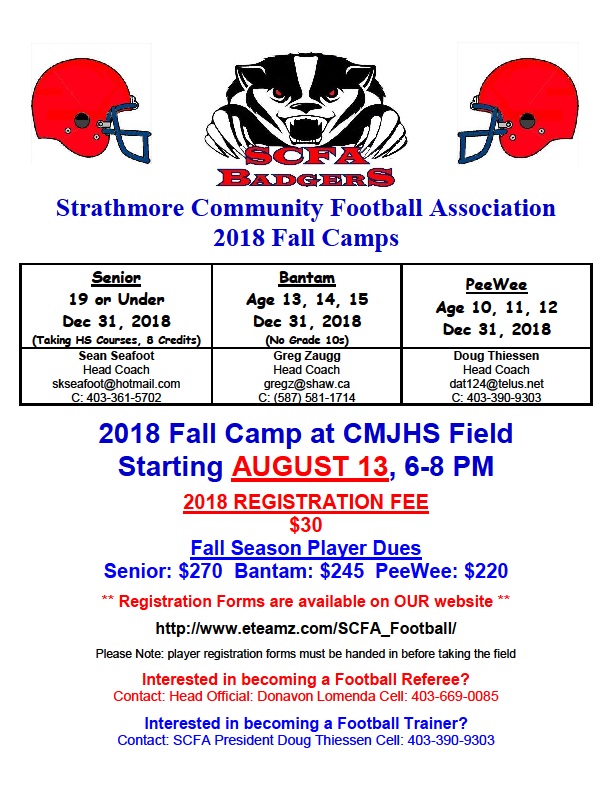