Posted by Paul Skuta at Sep 18, 2012 5:00PM PDT ( 0 Comments )
more editing options
Diamond Skills will be hosting Saturday Fall Ball Clinics and various camps throughout the Fall/Winter of 2012. Below is the schedule and more information and registration can be found at  www.diamondskillscamp.com. Please direct any questions to info@diamondskillscamp.com. 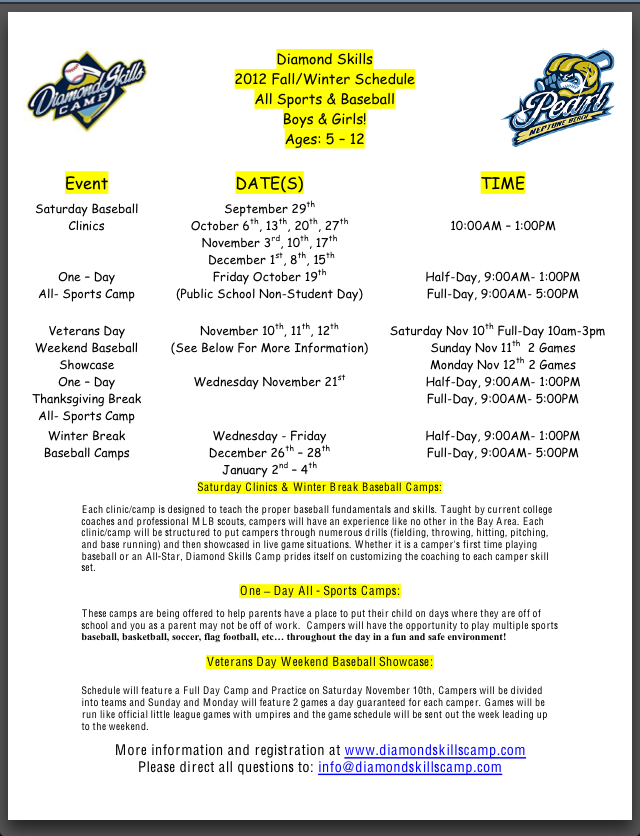 Attack Teams to Play at Various Venues this Weekend

Three of the Attack teams will see play at various venues this weekend. The 12U Blue team managed by Charles Target will play in the tournament at Big League Dreams in Manteca this weekend. Also at Manteca will be Nick Griego's 9U Red team.  Paul Skuta's 9U Blue team will play in "The Big Show" tournament in Vacaville. They will be at the Freedom High School venue in Oakley. 9U Blue will play three games on Saturday with up to two games on Sunday.

The Riptide represented the Attack program very well in San Jose at the September to Remember tournament this past weekend. With amazing pitching, a shut-down defense, and timely offensive outbursts, the Riptide went 4-0 to win the Championship. The boys outscored their opponents 29-9. Most importantly, the manager of the team we played in the semifinal (in a tough 5-2 game) took the time to thank me for challenging his team and said it was "an honor to play against such a class-act of a team", and said he would love to play our boys more often. Manager Greg Bridges is extremely proud of their effort, as the entire Attack Program is. 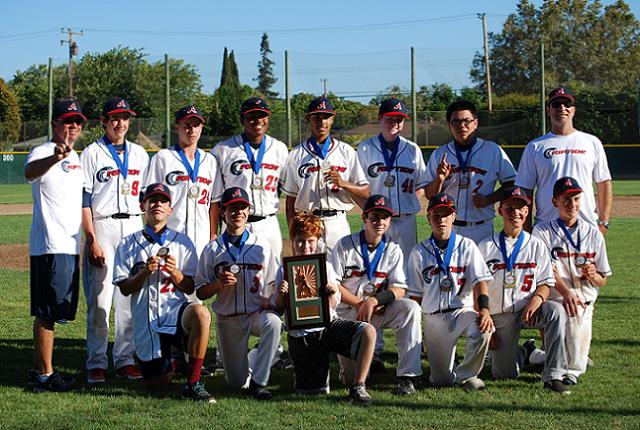 Teams from Treasure Island and Pinolle will be visiting Alameda late September and October. More info on that as dates firm up.

More Attack news will be posted hear soon. Call Dave Graybeal at 510-552-1677 if you have any questions.

The Alameda Attack 10U Red and Black teams will play in the Showdown AA tournament at the Galt Sports Complex in Elk Grove this weekend. This is a five team tournament. Saturday is Pool Play with each team playing twice.  All teams are re-seeded Sunday for single elimination bracket play.