Wildcats Even Series with Rebels on Perlinger's Overtime Winner 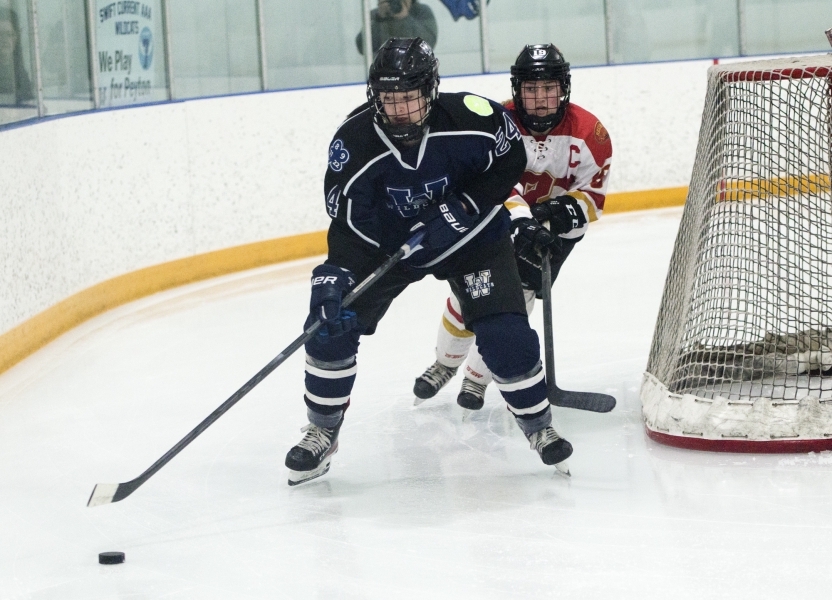 Caitlyn Perlinger scored the game-winner on the power play 4:17 into the second overtime lifting the Wildcats to a 3-2 win knotting the best-of-five matchup at 1-1. Swift Current forwards Samantha Thompson and Ava Metzger had the other goals while goalie Karlee Lehner made 34 saves.

“I was pretty excited,” Perlinger said recalling the moment she knew her shot hit the back of the net. “I knew we needed to win this game at home so then we can come back for game four here and have the chance to win the series at home.”

Rebels defenceman Brooklyn Nimegeers opened the games scoring on a power play rifling the puck from the top of the circle past Lehner’s glove hand.

Thompson responded for Swift Current on their own power play later in the first tying the game up.

Regina then jumped back out in front in the early part of the second period as Greta Henderson found the back of the net on a breakaway making it 2-1.

Lehner did her part giving Swift Current a chance to comeback, stopping 14 of the 15 shots sent her way in the middle frame.

Wildcats captain Ava Metzger scored around the midway point of the third period on a breakaway beating Rebels goalie Payton Schlamp on her glove side with a wrist shot tying the game.

The Rebels outshot Swift Current in the third period 7-6 but the scoring chances were in the Wildcats’ favour and were a telling sign of what was to come.

“I think we just kept forcing them to make plays and they ended up getting tired,” she said. “They only play their top two lines most of the time.”

With only four seconds remaining on a man advantage, Perlinger wired a wrist shot past Schlamp to send the Fairview West Arena into a frenzy.

“There was two people battling in the corner and I knew we needed three people in there,” she explained. “The puck just popped out just for me and I was able to walk right in and I saw the top corner open, so I shot.”

The Wildcats will travel to the Queen City Thursday night for game three of the series with game four back in Swift Current Sunday night.

“We just need to play a full 60 minutes, not start at their pace, make sure that we’re going to play our game not theirs,” she said will be the key to winning on the road.