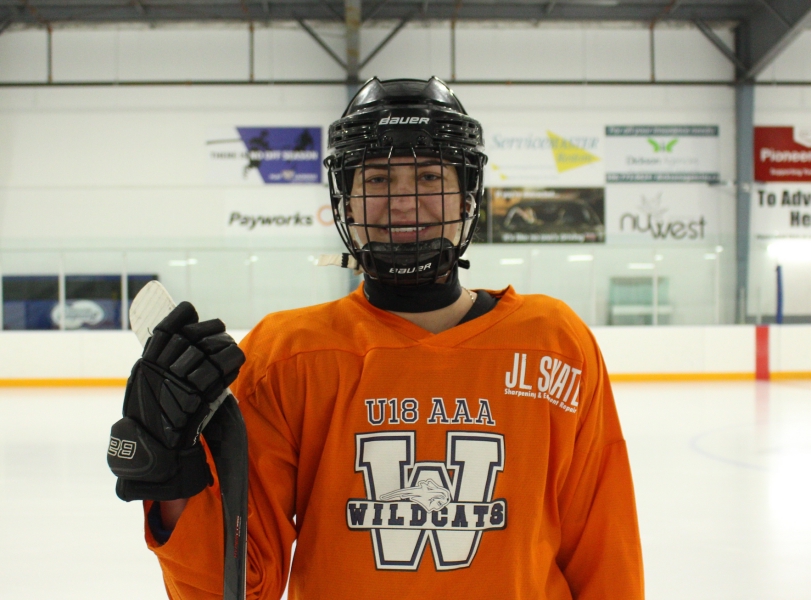 “It means a lot to me because then you know your hard work and all that time you put in for school pays off,” she stated. “It was good to get.”

The Turtleford product registered a 97 per cent average in her first semester at the Swift Current Comprehensive High School. Her course load included a lot of English and math.

“Time management is big,” she said was the key to earning impressive grades. “I just think if you stay on top of things and even working ahead I think helps me a lot to not get behind in school.”

Wildcats Head Coach Terry Pavely shared the news with McNinch before the award was presented – which came as a bit of a surprise.

The 17-year-old will be attending Calgary’s Mount Royal University beginning in the fall enrolling in the Physical Literacy program with hopes of taking Physiotherapy afterwards.

“Hopefully it prepares me for university and staying on top of things with hockey too,” she said.

Gull Lake’s Reece Girodat was the last Wildcats player to earn the award in the 2016-17 season.