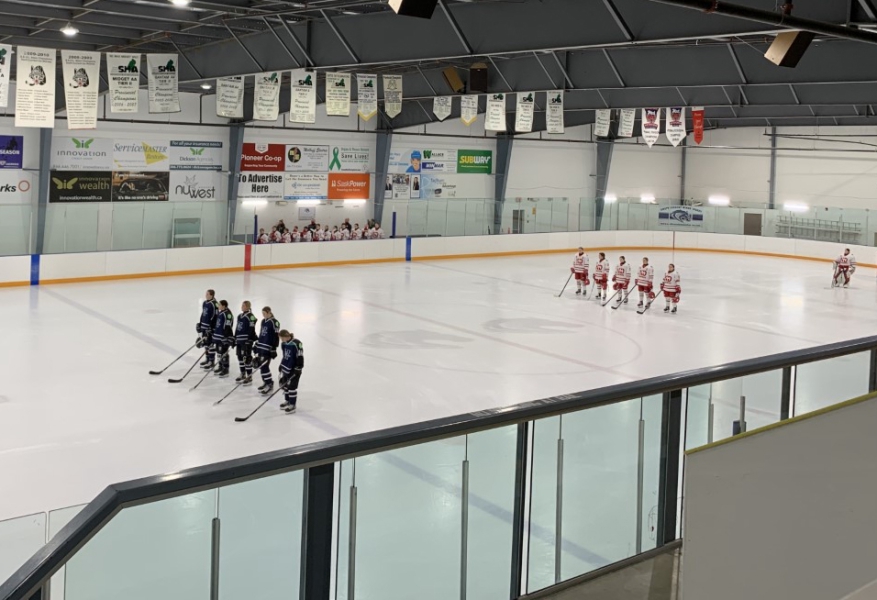 A stout defensive effort by the visiting Notre Dame Hounds was too much to overcome for the Swift Current Innovation Credit Union U18 Female AAA Wildcats last night.

The two top teams in the Saskatchewan Female U18 AAA Hockey League battled it at Fairview West Arena with the Hounds scoring securing a 3-1 win.

Notre Dame’s Spring Mosset had the icebreaker only 1:43 into the game capitalizing on a Wildcats turnover.

Hounds leading scorer Keana McKibbin would stretch her team’s lead to 2-0 midway through the second cashing in on a scramble in front of the net.

Early in the third Kaitlyn Gilroy pounced on a rebound and made no mistake making it 3-0 Notre Dame.

Wildcats forward Laiken Swan would end the Hounds shutout bid with 8:02 remaining in regulation on a power play but that is as close as Swift Current would come.

Karlee Lehner stopped 25 shots for the Wildcats in goal and suffered her first loss of the season in seven games.

Swift Current is now 9-4 on the season tied with the Hounds at 25 points atop the league standings, although Notre Dame has four games in hand.

Next up for the Wildcats is a trip to Wilcox to face the Hounds in a rematch on December 2.