Wildcats Alone Atop of League Standings After Winning Weekend 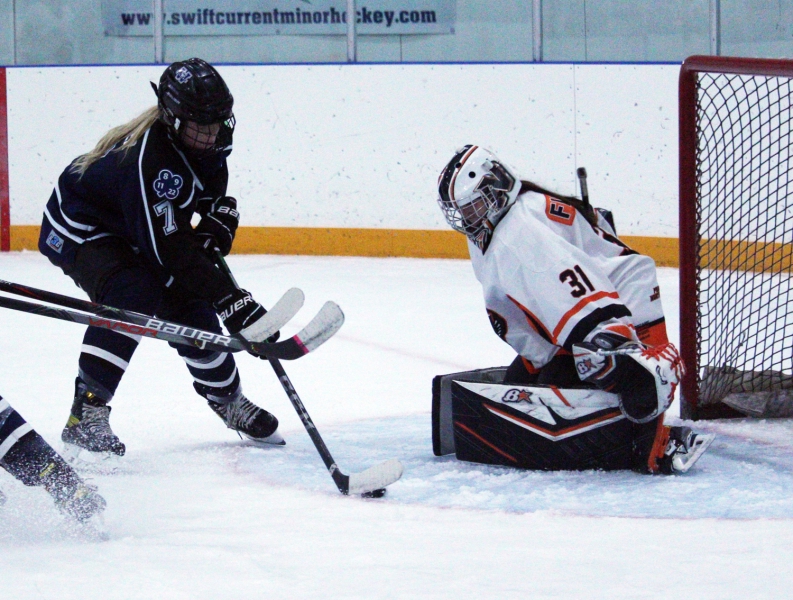 Written by David Zammit
Another successful weekend for the Swift Current Innovation Credit Union U18 Female AAA Wildcats is in the books.

The squad travelled to Saskatoon on Saturday and Sunday for a pair of contests against the Stars, a team they had yet to face in regular-season action.

Swift Current skated to a tight 2-1 victory on Saturday afternoon with a pair of powerplay goals from Ava Metzger and Samantha Thompson.

Wildcats goalie Karlee Lehner continued her perfect season turning aside 19 of the 20 shots she faced moving to 6-0 on the season.

Less than 24-hours later, the pair of teams were back on the ice at Merlis Belsher Place, with the Wildcats coming out on top again, this time 4-1.

Swift Current was able to race out to a 3-0 lead by the middle of the second period with Addison Eurich, Jerzey Watteyne, and Sadie Keller all finding the back of the net.

Aurora Van Wormer picked up the win in between the pipes for Swift Current making 24 saves.

The Stars would respond late in the second but Thompson would extend the Swift Current lead back to three goals in the third sealing the win.

With the pair of weekend wins, the Wildcats sit alone atop of the Saskatchewan Female U18 AAA Hockey League at 9-3 on the campaign and host the 6-0-1 Notre Dame Hounds Wednesday night at Fairview West Arena.