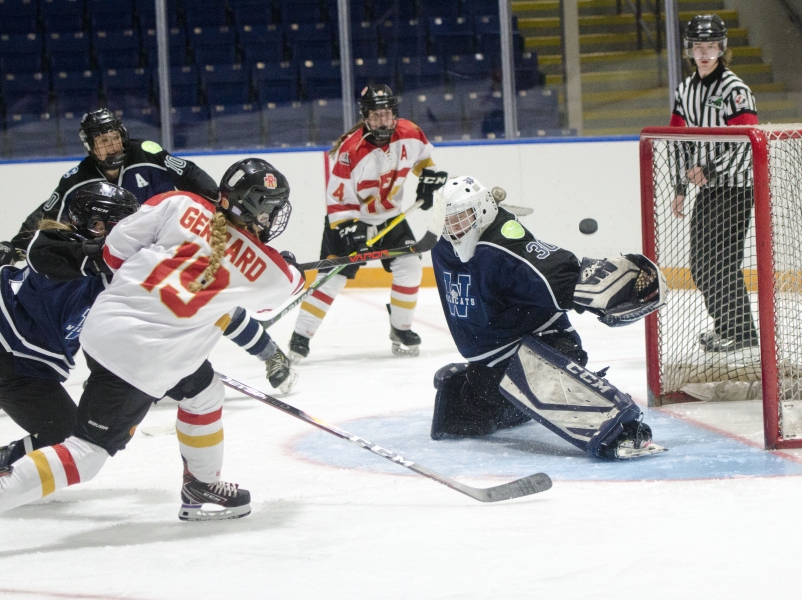 It wasn’t the end to the season the Swift Current Innovation Credit Union Wildcats were hoping for.

The Swift Current team was only able to play seven games in total, five regular-season contests and two pre-season games, before the Saskatchewan Female U18 AAA Hockey League came to a halt due to the COVID-19 pandemic near the end of November.

Wildcats Head Coach Terry Pavely said it was a very different year for all sports teams and his team was no exception to that, however, he was pleased with the progress his players made in practices since league play was suspended.

“I really think one thing that was evident and one thing we all learned as coaches, is the extra skill development and really being creative in coming up with a little bit more skill-oriented practices and you had to do that in groups of eight,” he said. “I think for our girls it was very beneficial. Now four or five months of it was a little bit too long but we saw huge improvements in our girls.”

The skill development will play a huge factor for U18 AAA club next season as they’ll return 14 players.

“Our shooting, our skills with the puck, puck handling, tight turns, our passing, we really noticed a huge difference in our passing,” he said. “So those basic skills, that all players need, I think we saw a huge gap of improvement.”

Pavely applauded the entire team for participating in multiple practices weekly with a focus just on skill development, while the season’s fate kept slipping away.

“I think that’s another reason we saw high improvement is our players really bought into what we were doing,” he said. “Even though I know it might have gotten old for them, they never let us know that and they just kept working hard.”

Pavely believes the team will now forge on with a bit more skill development in the future, however, almost the entire year on the tactical side of the game has been lost so he’ll have to catch his squad up on that in the fall.

One of the overlooked parts in not being able to complete the season is seeing how Swift Current would have stacked up come playoff time.

“This season we thought we were going to be one of the top teams, us, Regina, and Notre Dame, we thought were maybe the top three, you think you have an opportunity to win again,” Pavely said.

“In our five league games and two exhibition games they were all really good and that’s what you need,” he said. “Arnold came in and had seven points in five league games… Baylee Kirwan was up there in points… Johnson as a dman was really having a breakout season offensively already had four points in five games. And Amaya in net, you knew what you were getting, every time she’s in the net we had an opportunity to win.”

The Wildcats have already filled the majority of their roster spots for next season and we’ll have an in-depth story on that later in the week.