hide
hide
No announcements have been posted yet for ALPost89. 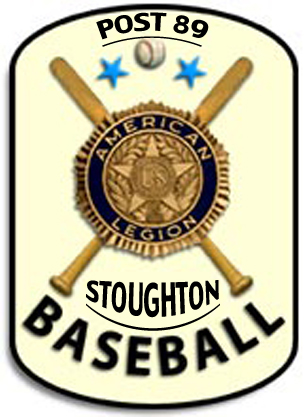 1.    When does theseason begin and end?

2.    What is thedifference between Legion & Sr. Babe Ruth Baseball?

a.        American Legion consists of players 19 & under, while Sr. Babe Ruth is 18 & under, however...AmericanLegion is the premier baseball league at the local town level, in the U.S. (AAU is regional, not town level)  American Legion has been the pinnacle of baseball at the town/local level, for over 80 years and was fully endorsed, ironically, by Babe Ruth, himself, as the proving ground for America's young adult baseball talent at the High School age levels.   The predominant  hierarchy across the U.S., including in Massachusetts, is for Legion teams to select the top-tiered players, after tryouts, prior to other town teams, such as Babe Ruth, Pony or Colt League teams, selecting teams from the remaining player pool.  This ensures that players play & compete at the proper level, commesurate with their abilities and that of their opponents...a level that challenges not only their baseball skills, but their leadership and life skills.

It’s one of my visions to help instill this concept in Stoughton baseball to help make our athletes into better prepared and better skilled players, in order to help Stoughton teams to be morecompetitive across the board, but most importantly, at the High School level!

a.       Legion tryoutswill be posted in the Penny Saver & in the Stoughton Journal in April &are usually held in early May. There are 2-4 dates and players are urged tomake 50%, though making at least 1 is the mandate.

a.       It varies fromyear to year, but I plan to carry 14 steady players and may carry an additional2-4 players as pitchers and/or part-time players, based on circumstances.

a.       It varies, depending onthe fundraising efforts of the team and the Legion itself, but the average has been $175/player plus a $100 uniform fee that is returned upon the acceptablereturn of clean uniform.

a.       Legion does allow fordual participation & my personal policy is to openly communicate conflictsup front/proactively so that the staff and team can prepare accordingly.

Since 1925, The American Legion has sponsored anationwide youth baseball program. During these past eight decades, millions of young players have enjoyedplaying baseball.  The AmericanLegion and their 2.8 million members have raised millions of dollars each yearfor players to learn the importance of teamwork, discipline, leadership andgood sportsmanship.  The AmericanLegion sponsors American Legion Baseball to give players an opportunity to developtheir skills, personal fitness, leadership qualities and to have fun!
cancel

Naturally, Legion Baseball's alumni base includes some ofthe sport's most recognizable names. Yogi Berra played for Fred W. StockholmPost 245 in St. Louis and was once quoted as saying it was themost fun he ever had. Ted Williams suited up for a post in San Diego. FrankRobinson led his Oakland, Calif., team to the only back-to-back nationalchampionships in program history. Current Yankees slugger Mark Texeira playedin the league's 1997 World Series. Babe Ruth was too old to join when LegionBaseball started, but he spent the final years of his life promoting theprogram as its director of operations. Other prominent players include RyneSandberg, Roy Campanella, Dusty Baker, Albert Pujols, Greg Maddux and ChipperJones, to name a few.

Yet baseball isn't the only area where former players haveexcelled. Legion Baseball graduates have gone on to prominence in other careerfields. Former vice president Dick Cheney played for Post 2 in Casper, Wyo.Famed journalist and author Tom Brokaw played Legion ball in South Dakota, andSecretary of Agriculture Tom Vilsack was on a team in Pennsylvania.

In short, Legion Baseball graduates are proud contributorsthroughout our society and often are the most successful people in theirrespective career fields.

STOUGHTON - Stephen Pike held Holbrook in check for most of the game after giving up two runs in the first inning as the 1-1 Stoughton Legion scored a run in the bottom of the sixth inning for a 3-3 tie t Stoughton High. The game was called after seven innings because of darkness.

Pike also scored the tying run in the bottom of the sixth inning. He reached on a one out walk and went to third on a single to center by Trevor Derochea. Pike came home with the tying run as catcher Tyler Dennis hit a fly ball to right for a sacrifice.
"He had pitched in two and half weeks," said Stoughton manager Bill Condon. "Stephen was with the Catholic Memorial JV and then he was called up to the varsity for the tournament, but he didn't pitch. He was a little rusty early in the game."  Pike also went two for two at the plate wth a walk.

After giving a walk and base hit in the first inning to Holbrook's Kevin DeSouza and a single to Tyler Richards, Pike ended up allowing both runs, but after that he shut down Holbrook until they took a 3-2 lead in the top of the fifth inning. Jamie Rudin singled and scored on a no out triple by catcher Junior Veiga.
All night long, Pike was able to pitch out jams as Holbrook loaded the bases in third and fifth inning. The lefthander gave up five hits and five walks with five strikeout.

"He's a gutsy competitor and is only going to get better," said Condon of Pike.
Stoughton took advantage of wildness by Holbrook starter Randy Weiner, who walked the first three batters he saw, Derochea, Tyler Dennis and Connor Sullivan, before being replaced by Zach Morelli, who game up a two-run single to Justin Dennis before getting a double play to get out of the jam.

The right hander kept Stoughton off the scoreboard until the bottom of the sixth inning, striking out with nine strikeouts. Jamie Whatley came in the seventh inning and got two strikeouts, including one with two outs to keep Stoughton's Jeff Twerago, who had walked and stole second, from scoring.

"The first two games of the season bode well for us," Condon said. "We're getting the pitching.  The effort and attitude is there. Once the weather warms up, we'll start hitting the ball."

Kevin Gilbert tripled home Jeff Twerago with the winning run in the bottom of the ninth to lift Stoughton Post 89 to a 3-2 win over Quincy in their Legion baseball season opener Sunday night.

Trevor Derochea struck out 18 batters in eight innings for Stoughton with Stephen Pike getting the win in relief with a perfect ninth. Catcher Tyler Dennis went 3-for-4 for Stoughton.