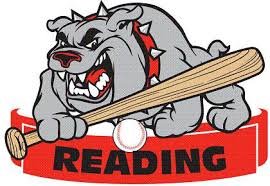 Malden, MA- Reading pitching dominated the evening as the Chiefs lost both ends of a doubleheader, 4-0 and 5-1, to the Bulldogs on Monday night at Maplewood.

Anthony Sapenza (1-2) struck out nine Chiefs and allowed only three hits in the opener. Chris Bosco led the Bulldogs’ offense going 3-4 with a double and two RBI’s. Tyler Cedeno and Kyle Hawes each added two hits.

It was a 1-0 game heading into the sixth inning as Chiefs lefty Evan Walsh was nearly as effective as Sapenza over the first five. Walsh (2-3) ended up striking out 12 batters before allowing a couple of runs in the sixth. He gave way to Ben Waldrip who allowed a run in the seventh.

R.J. Libby had two of the Chiefs hits while Tony Serino had the other.

Andrew Moccia (2-2) tossed six innings of five hit ball to get the Bulldogs the 5-1 win in game two. Darren Hartwell and Cooper Marengi had two hits each for Reading while Bosco, Mike Taylor and Marengi supplied the RBI’s.

Zach Kirby (4-5) allowed only six hits himself, and struck out six, but was tagged with the loss.

The Chiefs only run came in the first inning when Steve Passatempo drove in Serino who had walked.

Nate Witkowski and Gino DeSimone each had doubles for the Chiefs.

Chiefs Chatter… The Chiefs begin a home and home series with the Somerville Royals tonight at Trum Field at 8:30 PM. On Wednesday they will host the Royals at Maplewood at 8:00 PM…. The regular season will conclude with a trip to Morelli Field and a visit to the Melrose Americans on Thursday at 7:30 PM….