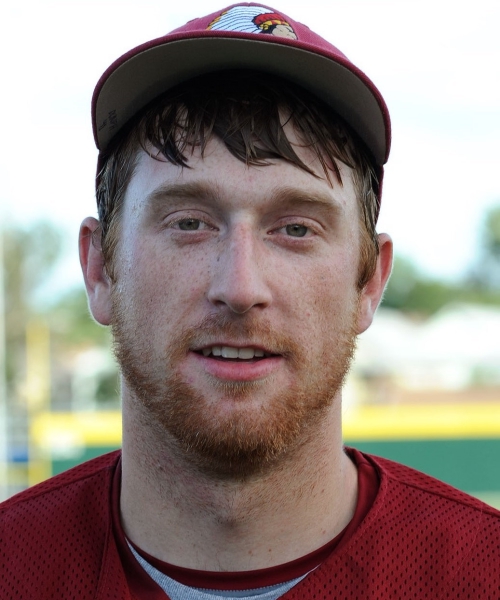 Somerville, MA- Veteran lefty Tim Dunphy went six innings to get the win and Matt Nuzzo launched a solo homer when the Chiefs edged the Somerville Royals 2-1 at Trum Field on Tuesday night. For the Chiefs it was their second victory in as many nights as they start the 2019 campaign at 2-0.

Dunphy, (pictured) who picked up his 47th career win in a Chiefs uniform, struck out seven before giving way to Bridgewater State righty David Kerns who picked up the save by working a scoreless 7th inning while striking out two.

Nuzzo gave the Chiefs a 1-0 lead when he homered in the top of the first inning. Brady Chant tied the game at 1-1 with a leadoff homer in the bottom of the third. The Chiefs other run came in the top of the fourth when Manny Cabral, who had reached on an error, scored on a doubleplay ball off the bat of Mike Burgoyne after singles from Andrew Caulfield and Evan Reynolds.

Paul Covelle worked the first three innings for the Royals before yielding to Luke Gustavson who went the final four frames.

The Chiefs will look to make it three in row when they host the Reading Bulldogs on Wednesday night at Maplewood in a 8:00 PM start. Former Bentley University southpaw Evan Walsh, who was 4-3 last season with a 2.46 ERA, is expected to get the start.