The Spartan Indoor Classic featured Central Suburban league powers, Highland Park, and host Glenbrook North. The meet was completed very efficiently, and had non-stop action on the Track, which put the crowd on their feet at all times, and created a fun atmosphere for all participating Teams.

A special thanks to Glenbrook North Head Coach Sean Brandt, Assistant Coaches Vincent, Kurtis, and Brown for hosting an outstanding meet. It was also a very friendly atmosphere as several reunions took place throughout the meet. Marist Head Coach Jon Gordon attended Glenbrook North from 1986-1990, and is a member of their athletic college wall of fame.

The meet was scored only on the Varsity level, in an effort to provide non-stop action on the track.

The difference between first and second place was a mere three points. 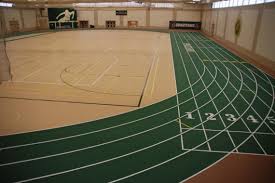