Results of the Fastpitch Jamboree in :

Friday morning’s first pool game started at in the rain, with the Hurricane facing the Heat.  Sloppy weather conditions and a slippery ball allowed the Heat to take a 1-0 lead in the first inning.  The first Hurricane batter walked, but any chance to take advantage of those same weather conditions was taken away, as the umpires stopped play with a 1-0 count on the Hurricane's second batter.

Play resumed at , with the Hurricane battling back to take a 2-1 lead in the bottom of the first inning on Laine’s long-bomb home run to center field.  The Heat tied the game at 2-2 in the third, and took a 3-2 lead as the time limit approached in the fifth inning.  The Hurricane scored a tying run in the bottom of the fifth and could not push a fourth run across the plate, so the first pool game ended in a 3-3 tie.

At , the Hurricane offense came through, and the defense delivered a flawless performance as Laine notched the no-hitter!  A great team effort in a big 8-0 victory over the Central Park Crushers.

In Saturday’s pool game, the opponent was a seasoned Ohio Danger team.  The Danger’s high expectations would face off with a stingy Hurricane defense.  The Hurricane took a 1-0 lead in the second inning as Cassie drove Cara home with a clutch two-out single.  The Hurricane carried that lead into the sixth.  An offensive explosion in the sixth inning used a combination of bunts, steals, and big hits, highlighted by Danielle's bunt single, Lizzy’s timely base hit, Laine's RBI bunt single and Valya’s two-out, two-RBI triple to post three more Hurricane runs against a stunned Danger defense.  Laine and the Hurricane defense scattered four Danger hits over six innings for a 4-0 shutout victory – another first-place pool finish for the Alle-West Hurricane!
tournament officials seeded the Danger as #3 and the Alle-West  Hurricane #11 for bracket play, even after the 4-0 Alle-West Hurricane shutout victory over the Danger.  Other teams informed us that tournament officials are known for pulling this type of stunt.  Whether intentional or not, this type of error in seeding is easily avoidable - the laundry list of excuses offered by tournament officials placed the only black mark on an otherwise positive tournament weekend.  The Hurricane took its eleventh-seed into bracket play with a 7-4 loss to the Thunder Silver, ending Saturday’s play and placing the Hurricane into Sunday’s loser’s bracket.

In Sunday’s game, the opponent had many familiar faces – another chance for the Ohio Danger to battle the Hurricane!  The scoring started in inning 2, as Katy singled Laine home, and Cara sacrificed Katy across the plate for a 2-0 Hurricane lead.  Three  Danger hits and two Hurricane errors allowed the Danger to take a 3-2 lead after two innings.  Valya led off the fourth inning by crushing a line drive over the Danger’s center fielder for a solo home run.  Cassie singled to drive Cara home for a 4-3 Hurricane lead.  The Danger capitalized on a Hurricane error to tie the game at 4-4 in the sixth.  After a scoreless seventh inning, the game went into the international tiebreaker.  Neither team could earn a run in the eighth inning.  Then in the ninth inning, Cara sacrificed Katy to third base, and Cassie’s RBI grounder to the right side scored Katy for a 5-4 Hurricane lead.  The Danger scored a tying run in the bottom of the ninth to take a 5-5 tie into the tenth inning.  Danielle’s bunt single scored Amanda, and Kirstie’s bunt single scored Danielle in the tenth inning for a 7-5 Hurricane lead.  Amanda gunned the Danger runner out at third base on a steal attempt in the bottom of the tenth, then Laine struck out the next two Danger batters - their #4 and #5 hitters - for a thrilling 7-5, ten-inning Hurricane win!

The next Hurricane game vs. the Rhinos was tied 3-3 at the time limit, forcing another international tiebreaker.  Hurricane hits by Katy, Cara, Danielle, Lizzy and Laine drove in six runs for a 9-3 lead, and Kirstie’s relief pitching held the Rhinos to one run in the sixth for a 9-4 Hurricane victory.

With no break between games, the Hurricane immediately started another game vs. the Ohio Classics.  Kirstie was able to hold the Classics at bay for three innings, but three runs in the fourth and four runs in the fifth gave the Classics a 7-0 victory.

Four wins, two losses and a tie – the Alle-West Hurricane captured the attention of the 14U age group in .  Sparkling defense and excellent pitching, superb execution in bunt situations, impressive hitting, and a no-quit “team” attitude prove that the Hurricane ladies have what it takes to win AND have fun.

Congratulations to all Alle-West Hurricane players, family members, and supporters on a successful first season!!!

Here is a followup on the error in seeding by Zanesville tournament officials:  The Alle-West Hurricane should have been credited with a #7 seed out of 28 teams in the 14U elimination round, after earning 8 of a possible 9 points with a 2-0-1 record in pool play.  Pool #3 results as posted on the official tournament site http://www.game-ex.com/jamboree/14u7th.html show the Hurricane's 4-0 shutout win over the Ohio Danger incorrectly posted as a 4-0 loss!  Official results as submitted to tournament officials by game umpires were not made available for our inspection during the tournament.  The Fastpitch Classic in Toledo avoids this problem by requiring each winning team to report its game results to the tournament director.  The ASA Commissioner was in attendance at this event, so some ASA input would be appreciated.  We suggest that ASA and Fastpitch Jamboree officials adopt a reporting procedure similar to Toledo's Fastpitch Classic to avoid reporting errors which affect the integrity of the seeding process.  If the tournament is too large for a single director to handle, perhaps each age group could have its own director assigned in future tournaments. 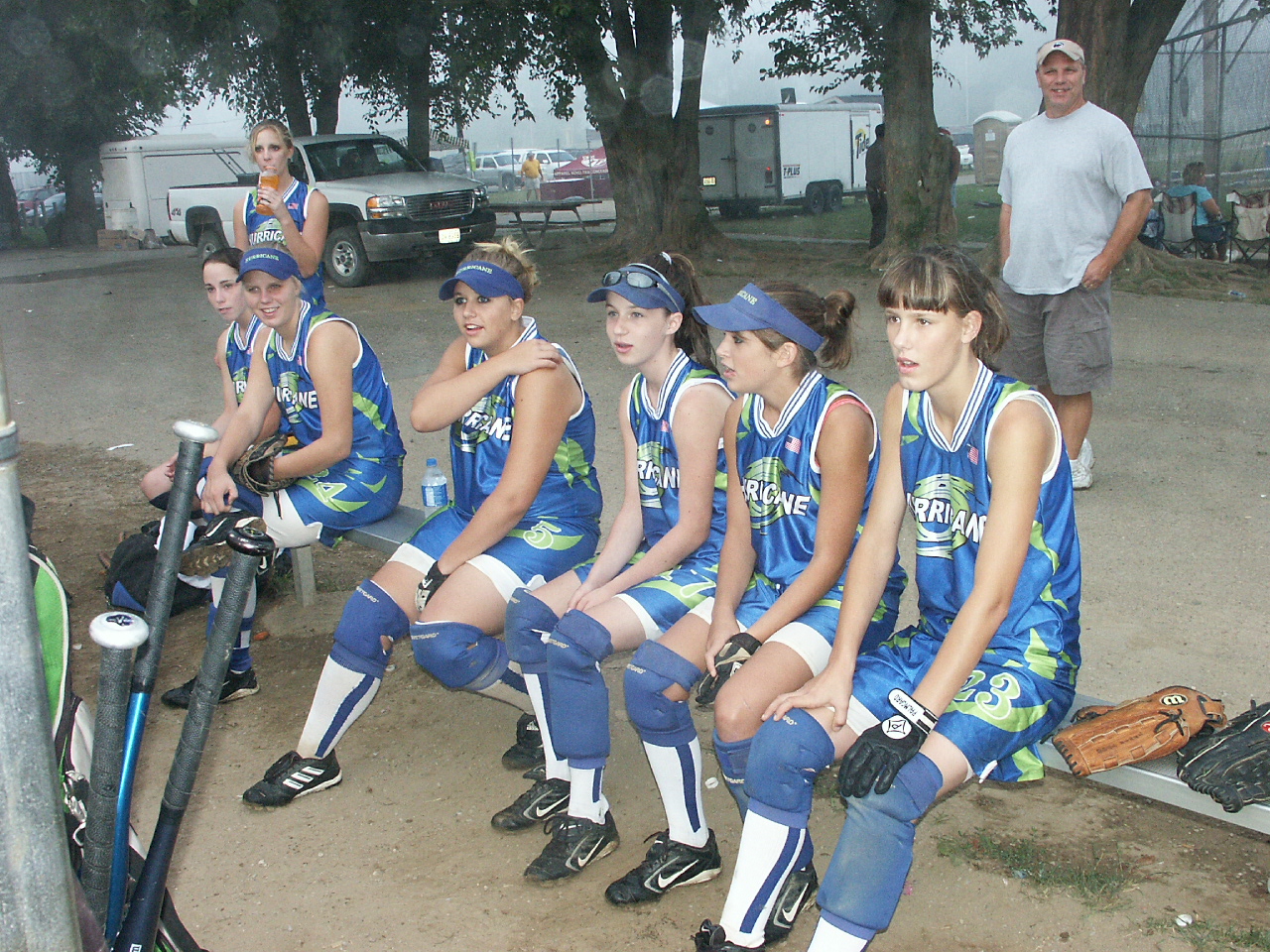 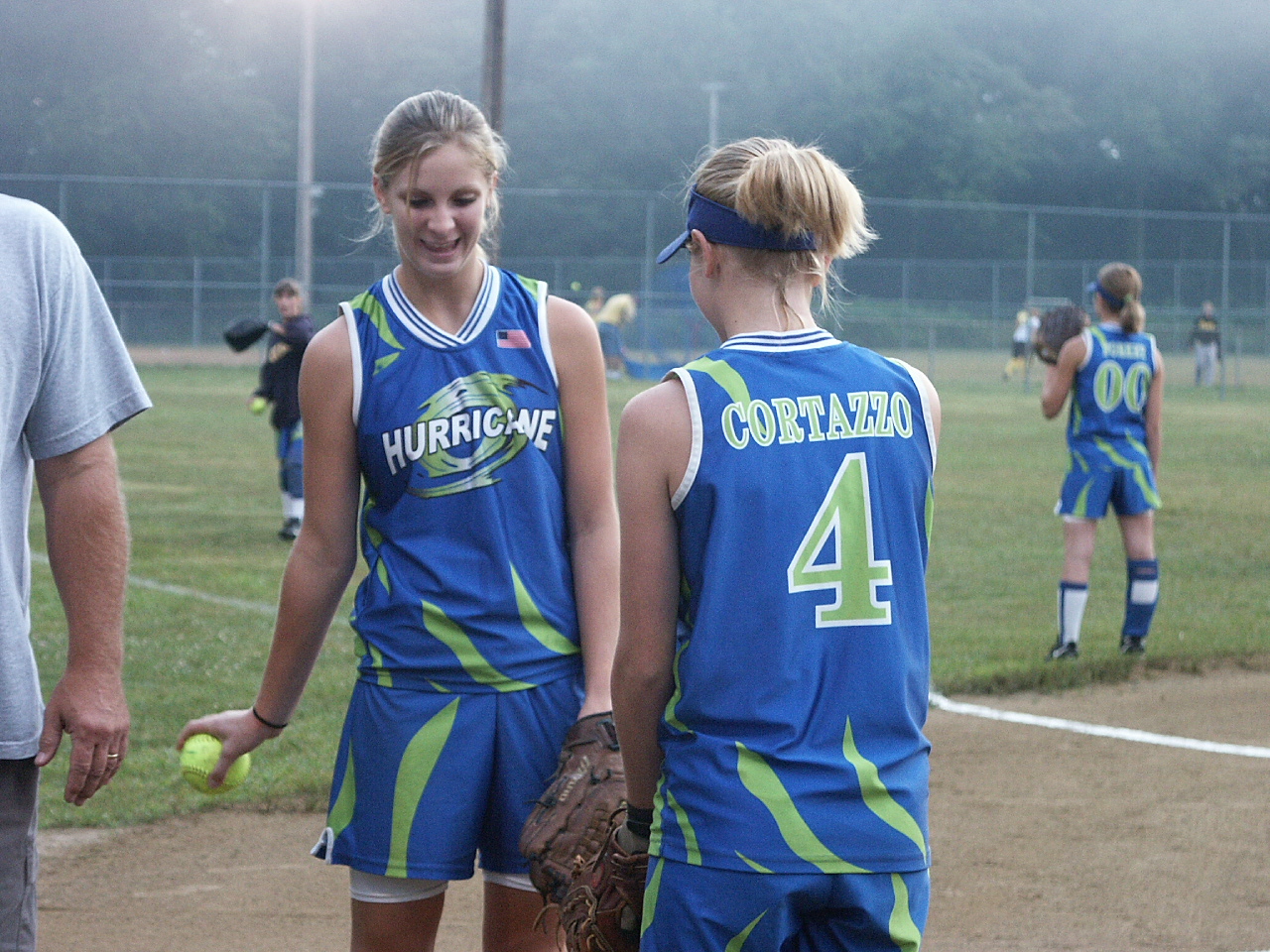