What a beautiful day for a ball game! Our Lady Falcons took on Ballard and came out the victors 10 - 0. Lauren had 14K's in this NO Hitter. On the offensive side, we scored in 4 of the 5 innings before the game was called for runs. Way to go ladies!!

Woodinville chalked up its 6th win of the season beating Skyline 8-5 behind some solid pitching by Olivia Riener, defensive plays and consistent offense up and down the lineup.   Alyssa O'Farrell led the way offensively with 2 hits including a triple and plating 2 runs.  Jordan Boyd stayed hot with her bat with a double and an RBI.  Riener too got into the offense with 3 RBI's.  Alena Jones hit it hard for a double to take part in the action. 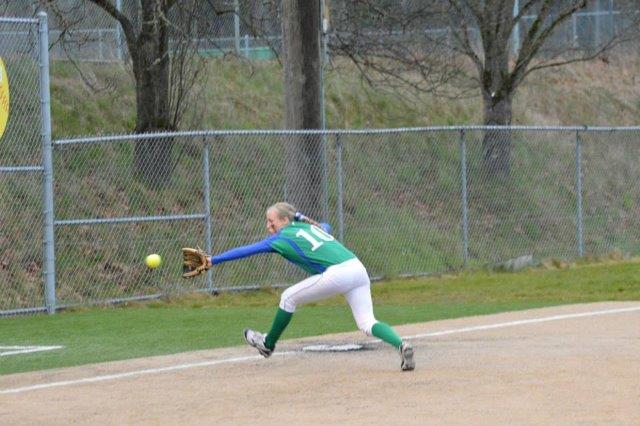 A tough night at Eastlake where our Lady Falcons lost their first KingCo game since 2010 to a spirited Eastlake team.  Our girls were able to get on base often with good nights from Melanie Bell and Jordan Boyd both with 2 hits.  However, Eastlake was able to hit a couple where we couldn't get to and put the game out of reach.  Putting that one behind us and now focus on Skyline on Thursday April 3 at home. 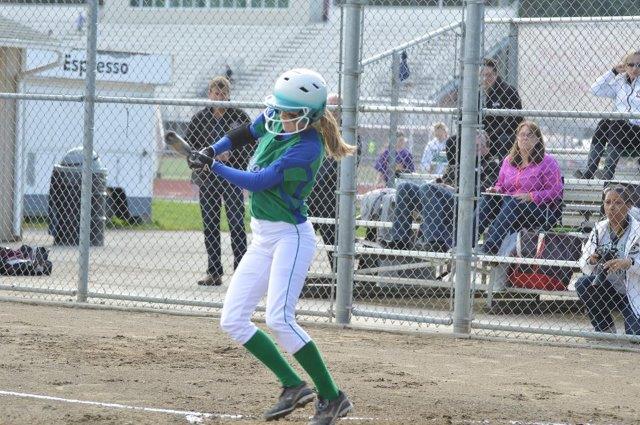 The skies parted right as things got underway for the Lady Falcons to take their 4-0 record into Everett last night.

The girls got going early with leadoff Melanie Bell beating out a perfect soft slap to get on and Alena Jones moving her over with a perfect bunt. Tori Lettus moved them to 2nd and 3rd and Kathryn Hatlen drove them in with a hard shot to take a 2-0 lead.

The 2nd inning started out with Maggie Loyet slapping a ball over the left fielder for a triple and getting hit in by Alena Jones. Maggie followed her next at bat with her speed again on a hard line drive to center that got by the center fielder but using her speed she touched them all.

Tori Lettus added a 3 run HR in the 4th inning. Nicole Shavlik and Alyssa O'Farrell got into the action as well going 3 for 4 and 3 for 3 respectively on the night.  Bailey Hicks had two doubles in the 7th inning on two smoked line drive hits to help put up 6 more runs for the Lady Falcons.

Kathryn Hatlen was solid all night snapping the corners striking out two while relying on some great plays by the defense including some great snags by second basemen Alena Jones.

In the end the scoreboard read 14-2...another relentless night by the Lady Falcons. 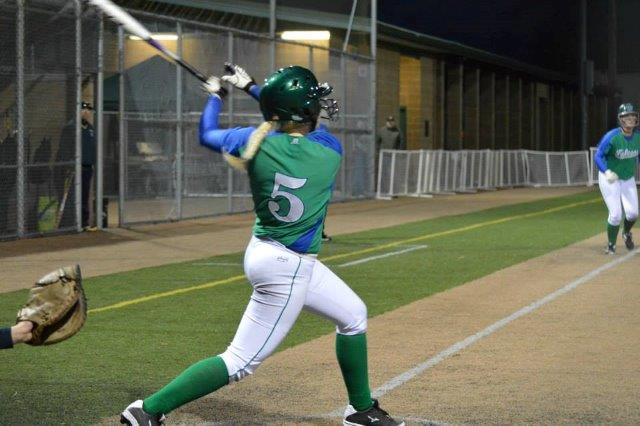 Woodinville Hammers out 14 Runs on Moses Lake in Win

In the second match-up of the day against 2013 4A State Moses Lake, Woodinville pounded out 14 runs on 14 hits including 2 home runs; one by Freshman Olivia Riener and the other by Junior Alyssa O'Farrell.  Junior Melanie Bell was on base in 3 of her 4 plate appearances.

Olivia dominated on the mound as well punching out 6 batters through 7 innings.

A successful day for the Lady Falcons scoring 29 runs giving up only 7. 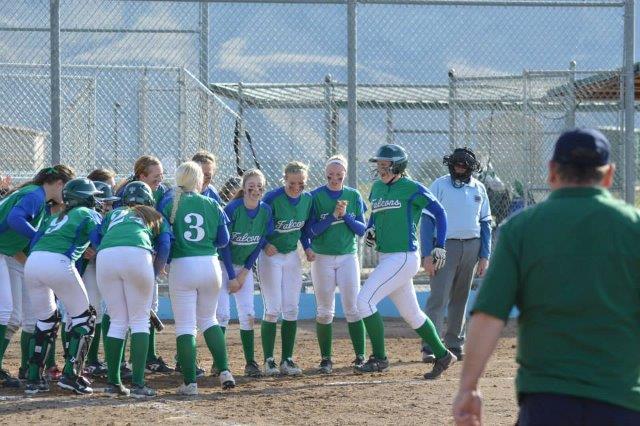