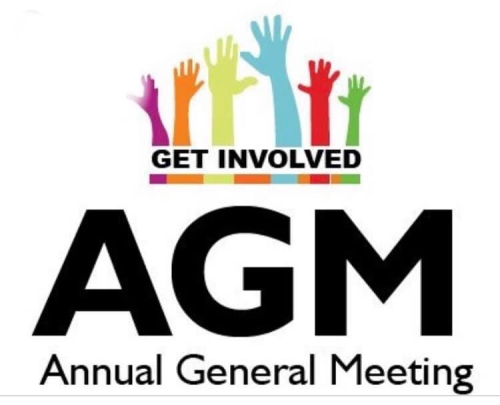 In accordance with TMHA By-Law 1.3 Nomination Forms shall be made available each year from the TMHA Administrator by March 15. Nomination form are available in the media section tab of our website under documents/AGM Forms.

In accordance with TMHA By-Law 1.3, completed nominations for the available positions on the TMHA Board of Directors must be delivered to the TMHA Administrator prior to April 15th, 2021.

The following positions will be up for election at the 2021 TMHA Annual General Meeting:

The nomination form can be found on our website under the media tab/documents/AGM Forms.

The Greater Timmins Minor Hockey League games begin next week on Monday, Feb 22. Games will be scheduled on Mondays, Wednesdays and Saturdays. Please visit game on link below as the divisions and games will be updated in the coming days. The Associations (TMHA, Porcu... [more]

TMHA practices will resume next week beginning on Wednesday, February 17th, 2020. Our scheduler is working on an updated schedule now which will be release as soon as possible. Please be patient with us. TMHA [more]

TMHA continues to monitor the stay at home order issued by the Provincial Government and yesterday’s announcement to extend the order. There are several factors to consider in regards to return to play ranging from additional ice costs, available arenas, the... [more]

Please be advised of the following notice from the local QUAD Hockey Associations. Effective tomorrow December 22, all practices, games and off ice hockey activities are cancelled until further notice.

Merry Christmas and Happy Holidays from everyone at TMHA

On behalf of the TMHA Board of Directors and our Administrator Steve Vachon, we would like to wish everyone a Merry Christmas and Happy Holidays . Thank you to all of our volunteers for all of the time you spend ensuring our kids get on the ice playing the ... [more]

TMHA would like to congratulate the following North Stars alumni on making the Timmins AAA Majors Roster this season! The success of these athletes is largely in part to the many amazing volunteer coaches, trainers and managers they have encountered througho... [more]

The Quad Association 3 on 3 schedule can now be found on the game on website below or you can also download the app.
https://app.gameonmobile.com/organization/1329/league/9749/schedule

The NOHA, in conjunction with the Great North U18 League, are pleased to announce that it has received approval from the OHF Directors to move forward with the U16/U18 AAA Hub concept, beginning on November 16, 2020. Please ... [more]

No discussions have been started. Click here to add a new discussion topic.
Proud member of
Quote