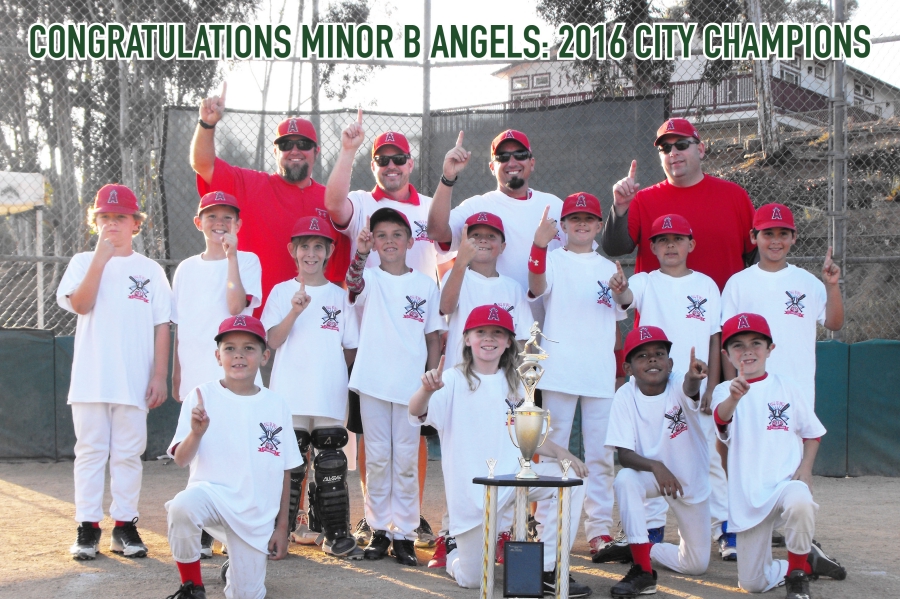 Congratulations to the Minor B Angels, your 2016 City Champions! Following their Minor B playoff championship last Friday, the Angels dug deep to beat the Poway National Pirates who had only lost one game en route to their own regular season and league playoff championship. The game was tight all the way to the end, demonstrating what some called the greatest pitching ever seen in Minor B. Down 1-0 in the bottom of the 5th, the Angels scored 2 runs to go ahead and they closed it out 1-2-3 in the top of the 6th. Well done Angels! Way to represent Poway American Little League.