hide
hide
No announcements have been posted yet for California District 30.

Posted by Charles Kibby at Jun 5, 2008 5:00PM PDT ( 0 Comments )
more editing options
The final game for the AA Division of the Orange City Tournament has been completed. The Orange Dodgers were able to go ahead of the Anaheim Hills West Angels in the thrid inning. The Angels started to make a come back in the 5th inning but fell a little bit short and the Dodgers were able to maintain the lead and be declaried the tournament champions.
cancel

In the Major Division the Villa Park Angels pulled out a very close win over the Olive Storm. The game was tied for several innings and then in the bottom of the 6th inning the Angels scored the winning run. Congratulations both teams for a great final Orange City Tournament Major division game.

In the AAA division the South Sunrise Yankees finaly won the game in the 9th Inning over the Anaheim Hills West Rangers. Through out the game both teams played some ammazing ball. The Rangers were able to tie the game in the 6th inning and then we went back and fourth with the 7th, 8th innings ending in a tie. In the top of the 9th inning the Yankees were abe to put some runs on the score board and the Rangers just could not come back in the bottom of the 9th.

Thanks to all four teams for great games this evening. 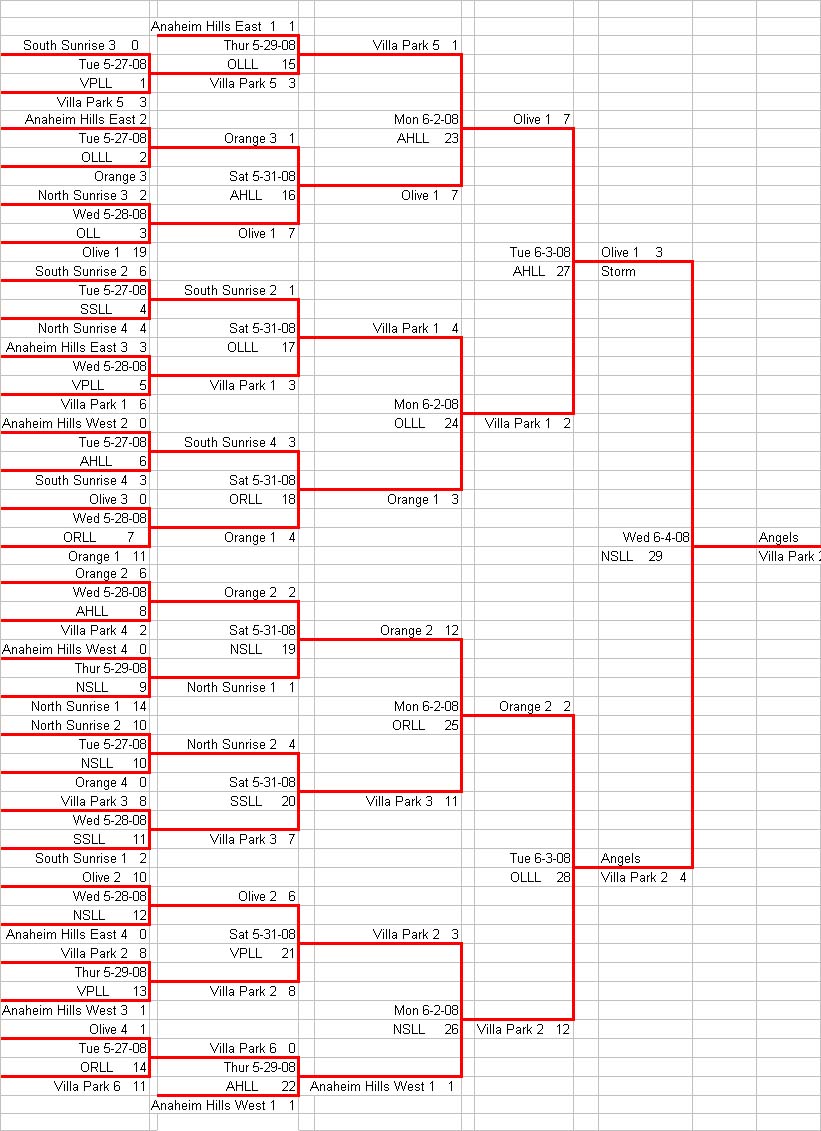 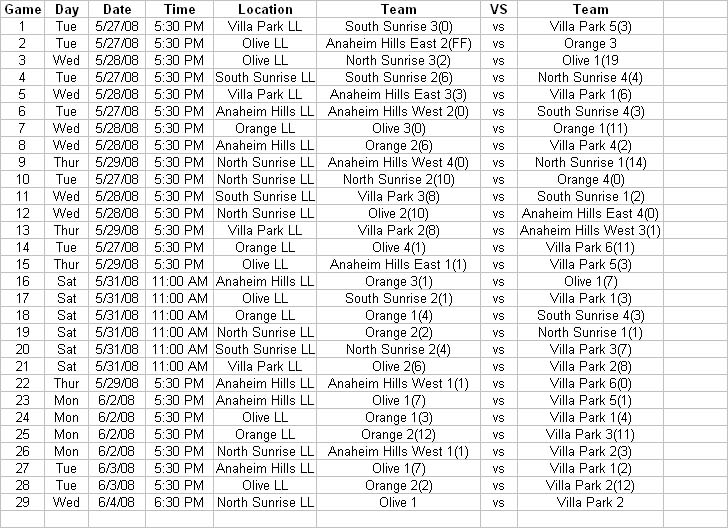 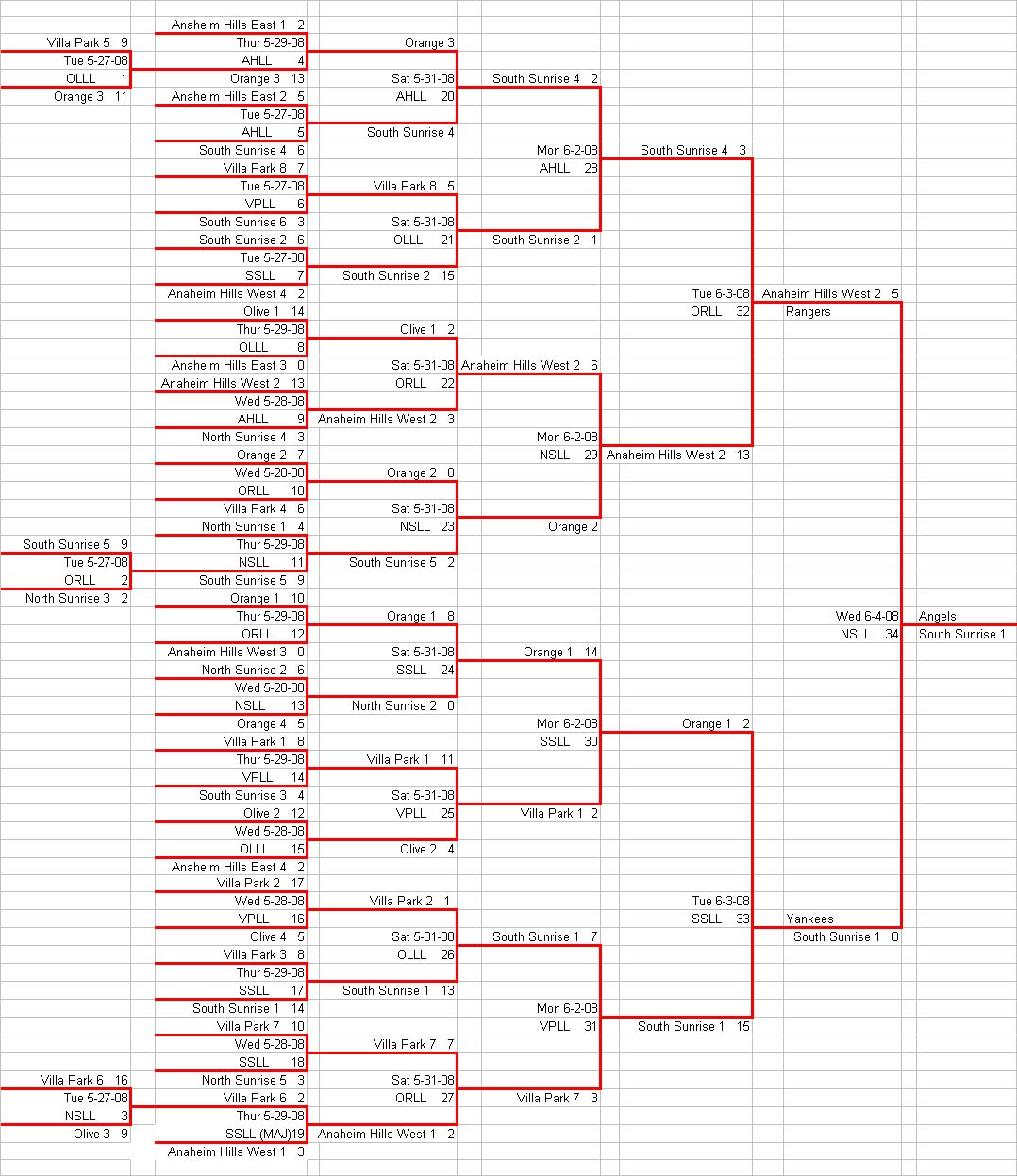 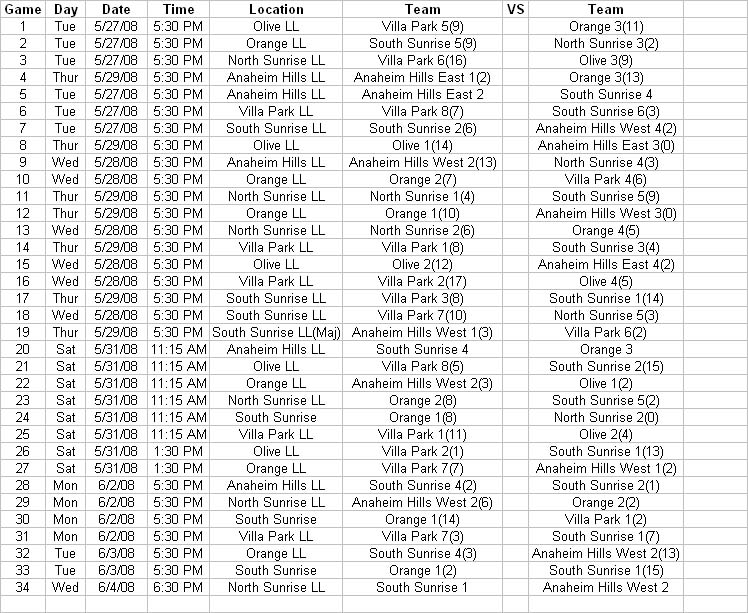 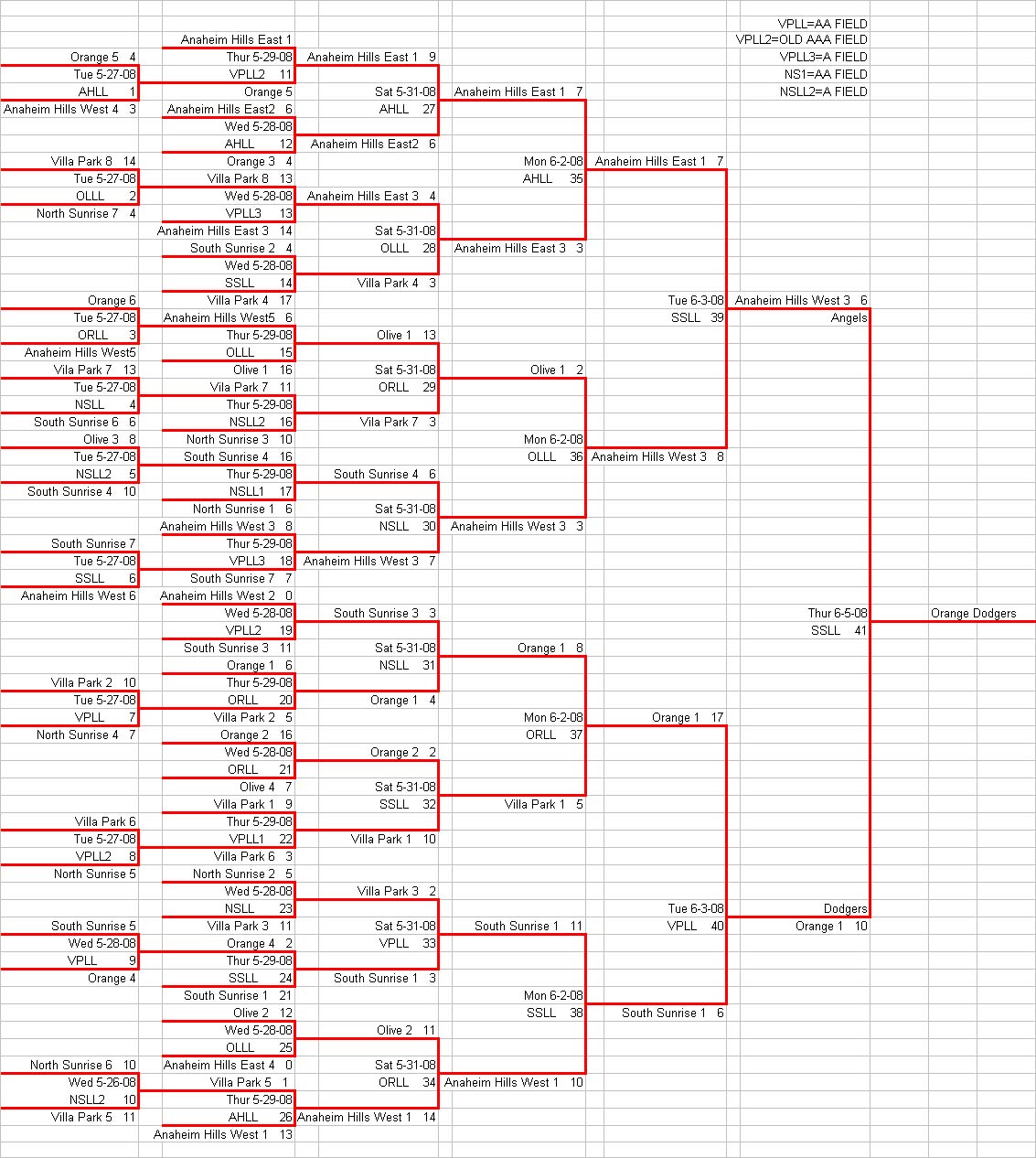 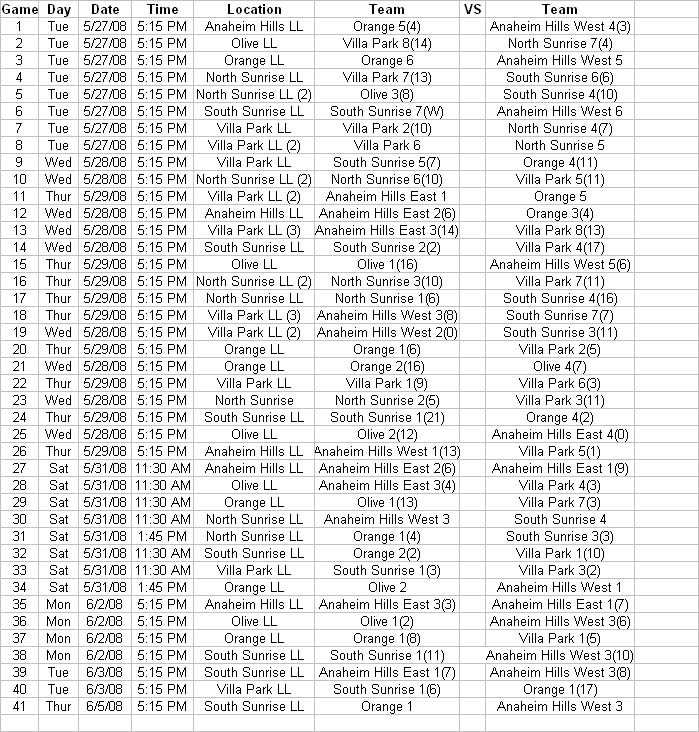