Posted by Dave Rea at Nov 19, 2007 4:00PM PST ( 0 Comments )
more editing options
The 2004 season was the 4th year for the Buccaneers, and it also brought forth their 1st Varsity Squad. They return of almost the entire 2003 JV squad that was eligible to move up made the Varsity transition easier, and gave the new squad experience. The foundation for the future remains solid, as the Bucs went 3-5. The 3 wins in their first season was more than either the Jags or Jets could muster in their inaugural seasons. They are off and running now and the 3rd Varsity gives Buckeye Youth Football a big jump to help feed the Junior High and High School football programs.

Head Coach Scot Asvestas returned, along with Varsity assistants Scott Gilbert and Steve Hunt, keeping the continuity in the coaching staff for these young players. He also welcomed in Chris Calta as Head JV Coach. Chris had the assistance of Austin Eggert who was in his 3rd season, and another newcomer Rich Metheney. These players have learned football fundamentals and having fun.

Sandy Thomas took over as JV Cheer Coach. They Bucs were not able to field a Varsity Cheer Squad this season, but hopefully that will change in 2005. All in all 2004 was a fine year for the Buccaneers.
cancel 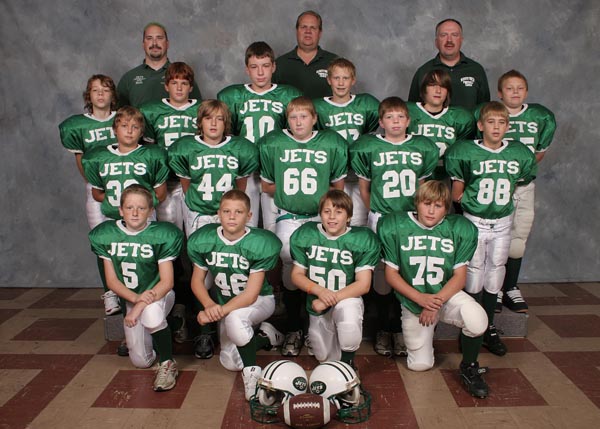