Posted by Dave Rea at May 31, 2014 5:00PM PDT ( 0 Comments )
more editing options
We want to Thank Dick's Sporting Goods for helping support Buckeye Youth Football again for the 2014 Season. Their sponsorship includes a cash donation, coupons for us to use to purchase equipment, Coach's packets, Youth Sports Kits and the Shopping Day at Dick's which will be July 19th this year at either the Fairlawn Store or the Strongsville store. 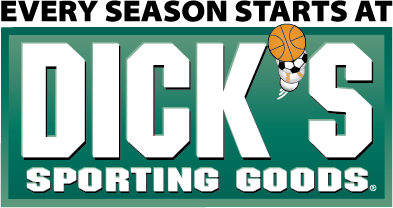 Posted by Dave Rea at May 31, 2014 5:00PM PDT ( 0 Comments )
more editing options
In 2013 we expanded enough to form a third Flag team. So we reached back to 1999 and revived the name "Panthers". The Panthers Flag Squad, which is made up of 5 and 6 year olds, got their introduction to the football this year under Head Coach Steve VanDette and Assistants Brian Walti and Jay Schrock. This division is designed to be fun and for the kids to play different positions. The Panthers had a lot of fun and we hope to have them back for the 2014 Season.
cancel

Posted by Dave Rea at May 31, 2014 5:00PM PDT ( 0 Comments )
more editing options
Blue Devils Youth Football had been around for 44 years in 2014, the year we departed from their organization. They use to be known as Brunswick Youth Football, which is the name they had when we joined in 1996 which was their 25th Anniversary. The Championships listed below are just for the seasons we played with them.
cancel

Posted by Dave Rea at May 31, 2014 5:00PM PDT ( 0 Comments )
more editing options
The Jets Varisty posted an even 4-4 record as they were the defending Varsity Champions. They made their 9th playoff appearance and 5th in a row. This was the 12th season at the helm for Head Coach Steve Watkins. He had Assistants Mark Crooks and Andrew Nigh helping to get the squad ready each week.

The JV Squad hit hard times as they went 1-8 on the season after finishing 10-1 in both of the seasons before. For some reason they just didn't gel and it was a long season. The squad was coached by Head Coach Ryan Sweeney and Assistant Coaches Dave Gerderman and Terry Shrader.

The Pee Wee Squad was again under the direction of Head Coach Scott Marcum and his Assistant Coaches Fred Esposito, Mike Augustine and Craig Wrobleski. This division is 6 years old and has continued to help prepare the youngest players to get up to speed for the Varsity and JV Divisions. They do keep score here but there is no Championship Game.

The Jets Flag Squad is made up of 5 and 6 year olds. They get an introduction to football and hopefully have a lot of fun before moving up the ladder in youth football. The Jets Flag players were under the direction of Head Coach Morgan Dolata and Bob Miller.

The Jets only fielded 2 Cheer Squads this season as there was no Varsity or Flag Squad. The Jets JV Cheer Squad was under the tutelage of Head Coach Kim Sexton and Assistant Julie Bell. The Pee Wee cheerleaders had Head Coach Nicole McGivern.

The Jets had great support and fund raising from their Team Moms. They were led by Head Team Mom Jess Marcum who did the Pee Wee Squad. The other moms were Audrey Calame and Laura Murray from the Varsity squad, Nicole McGivern from the JV Squad and Megan Augustine who was the Flag Team Mom.