We are sad to report that our former Jets Coach, Supporter and father Mark Carrow passed away on Tuesday at home in Litchfied. Mark coached for us from 2002 through the 2005 Season spending one year with the JV and 3 seasons with the Varsity including the 2003 Championship Season. Mark is pictured above second from the left with Coaches Scott Watkins, Steve Watkins and Mark Crooks at Edwards Field in November of 2003 after the Jets won their first Championship. He leaves his t...wo sons Cody and Tyler who each played for the Jets for 3 seasons and also both played for the Bucks in high school . His wife and the boys' mother Joyce passed away in January of 2011. Cody and Tyler are both fine young men and have lost both of their parents in the space of 4 years. We will be looking into a way that we can help them in some way. Below is Mark's Obituary, there will be visiting hours on Saturday at Waite and Son in Brunswick. His obituary appears below.

Mark J. Carrow, 51 of Litchfield, Ohio passed away surrounded by his family on Tuesday, May 12. He was born on March 29, 1964 in Middleburg Heights, OH to the late Robert and Sandra (nee Slack) Carrow. He worked for over 30 years at Arcelor Mittal Steel but will be remembered most for his love of horseback riding, camping, fishing, hunting, and four wheeling. Mark was a loving and devoted husband, father, son and brother and will be missed by all those who knew and loved him. He leaves behind his loving sons Cody and Tyler; his sister-in-law Jane (John) Martz; his nieces Jillian and Christine Zebris; and many extended family and friends. He is preceded in death by his wife Joyce. Family will receive friends on Saturday, May 16, from 2-4 6-7:30 PM at Waite and Son Funeral Home, 3300 Center Rd., Brunswick, OH 44212. A service for Mark will follow at 7:30 PM at the funeral home. Online condolences may be left at www.waitefuneralhome.com 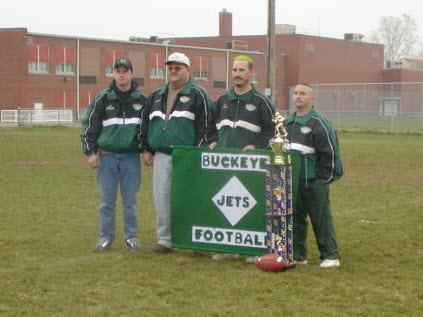