Posted by Dave Rea on Apr 17 2012 at 05:00PM PDT in 2018 Season
More editing options
Former Jaguars Danny Lough (1998-2000) and Ben DiMarco (1998 -2000) are both engineering students at the University of Akron and have been involved in the Zips racing team there. This article was from the Beacon Journal. Ben is going to be working at Honda in Marysville after graduation this spring and Danny is Co-Oping at MTD. 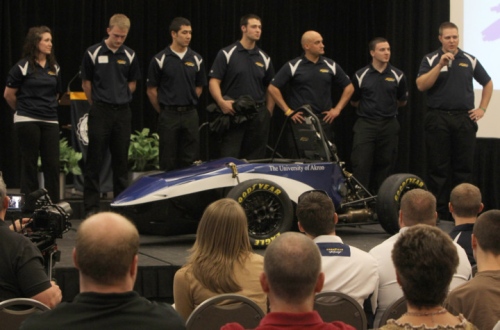