Posted by Dave Rea on Apr 09 2009 at 05:00PM PDT in 2018 Season
More editing options
This year the 9-10 year old Buckeye Jaguars participated in the Medina Bee’s 5 on 5 Spring Flag-Tournament. There were 4 teams participating in our division. We won our first game by foreit over the Medina Sharks and won our second game 27-22 over the Medina Monsters. It took us a last minute drive to win the game leaving only 30 seconds on the clock. 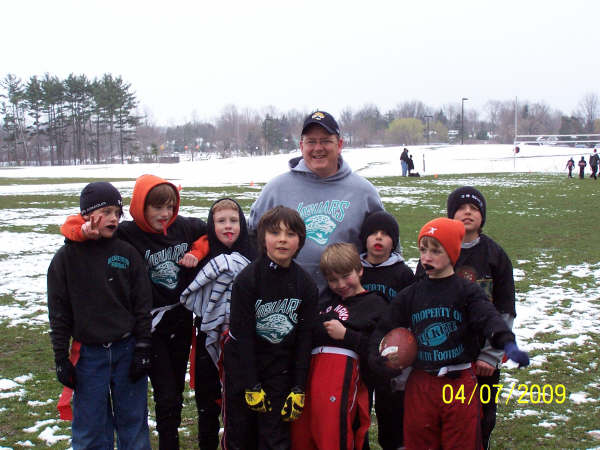